Do analysts expect a rebound in energy earnings in 2015?

However, are analysts more optimistic about the prospects for earnings for the Energy sector beyond the fourth quarter? Have analysts increased or decreased earnings estimates for companies in this sector for 2015? 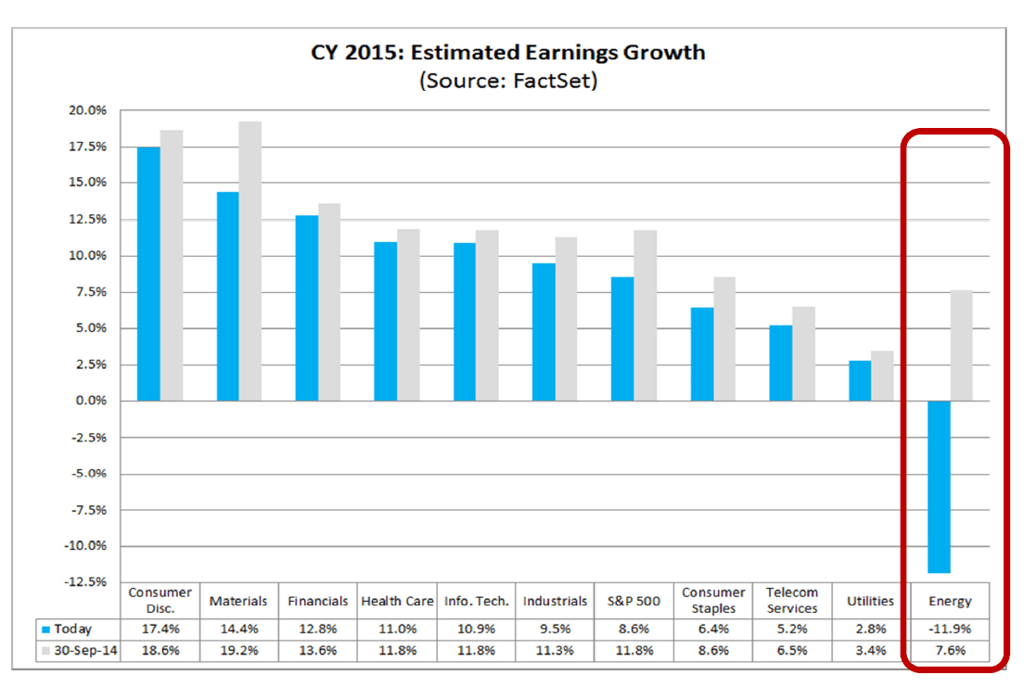