To date, 91% of the companies in the S&P 500 have reported earnings for the second quarter. Of these companies, 79% have reported actual EPS above the mean EPS estimate, which is the highest percentage since FactSet began tracking this data in Q3 2008. In aggregate, earnings have exceeded expectations by 5.0%, which is above the five-year average of 4.4%. Due to the number and magnitude of these positive EPS surprises, the earnings growth rate for the S&P 500 for the second quarter has improved to 24.6% today from 20.0% on June 30.

Given the stronger performance of companies relative to analyst EPS estimates and the improvement in the growth rate over the past several weeks, how has the market responded to upside EPS surprises during the Q2 earnings season?

Companies in the S&P 500 that reported positive earnings surprises for Q2 have seen an increase in price of 1.2% on average from two days before the company reported actual results through two days after the company reported actual results. Over the past five years, companies in the S&P 500 that have reported positive earnings surprises have witnessed a 1.0% increase in price on average during this four-day window. 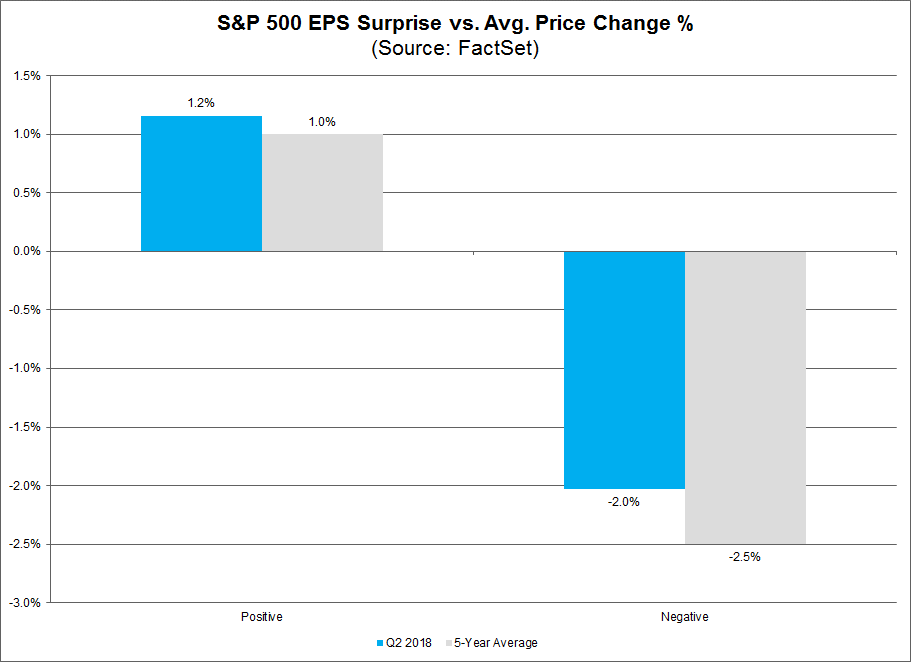 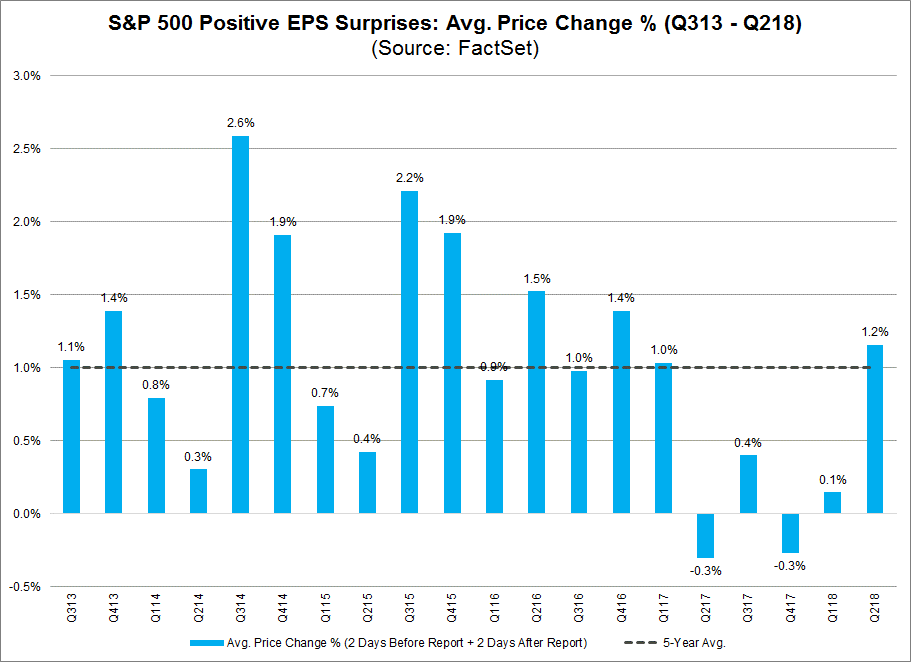 In light of the positive reaction by the market to positive EPS surprises for the second quarter, it is interesting to note that companies and analysts have sent mixed signals to date on earnings expectations for the third quarter. In terms of earnings guidance from corporations, a higher percentage of S&P 500 companies have issued negative EPS guidance for Q3 2018 (74%) to date compared to the five-year average (72%). In terms of revisions to EPS estimates by industry analysts, the aggregate decline in earnings estimates over the first month of the third quarter (-0.6%) was smaller than the five-year (-1.6%), 10-year (2.2%), and 15-year (-1.6%) averages for the first month of a quarter. Thus, while more S&P 500 companies have issued negative EPS guidance for the third quarter than average, industry analysts made smaller cuts than average to Q3 EPS estimates for S&P 500 companies during the month of July.