The economic stabilization of the Middle East and North Africa continued in Q3. The GCC countries, mainly UAE and Saudi Arabia, are still working actively on economic diversification and Dubai is busy preparing for the Universal Expo 2020. This event should boost the region even more. However, the region is still vulnerable to the fluctuations of oil prices and geopolitical risks.

The stabilization is also noticeable in the M&A market, were the number of transactions dipped only slightly in Q3 with 43 deals closed in Q3 2018, 12% less than previous quarter.

The total disclosed transaction value of Q3 2018 remains compared to Q2 2018 with a slight slowdown of 4%. 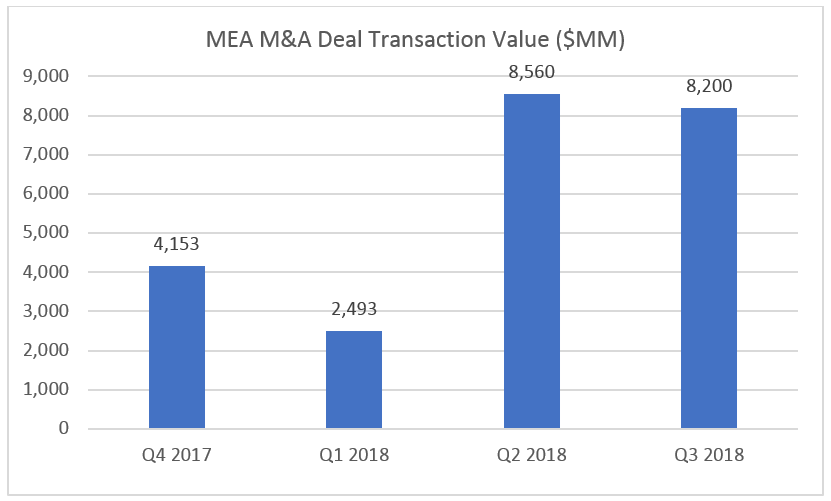 Looking at the last five years, this last quarter registered the highest total disclosed transaction values since 2015, with a total of $8.2 billion. 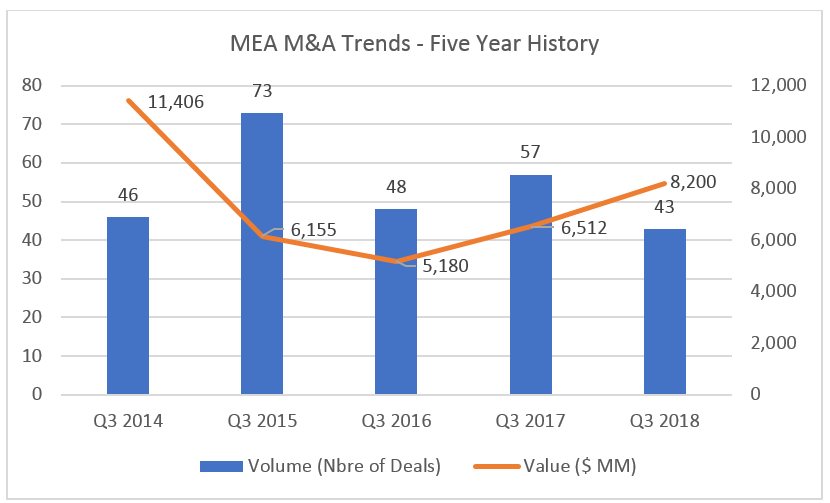 Ranking the sector by deals value, Energy Minerals comes in first with $ 4.8 billion split across four deals. Industrial Services sector was second with $1.7 billion across three deals, and the third position was filled by the Transportation services sector with $988 million across six transactions.

The largest transaction completed in Q3 2018 was between a Qatar Investment Authority and Glencore Plc.

Qatar Investment Authority acquired an additional 9.18% from Glencore Plc for $4.4 billion. Following the transaction, Qatar Investment Authority now holds an equity stake of 18.93% while Glencore retains a 0.57% stake in Rosneft. Rosneft Oil Co is based in Moscow and engages in exploration, development, production, and sale of crude oil and gas, petroleum products, and petrochemicals. The transaction was subject to customary closing conditions, including regulatory approvals, and was expected to be completed in the second half of 2018.

The target country that has registered the highest number of deals in Q3 2018 is the UAE with 12 deals this quarter valued at a total of $493.5 million. 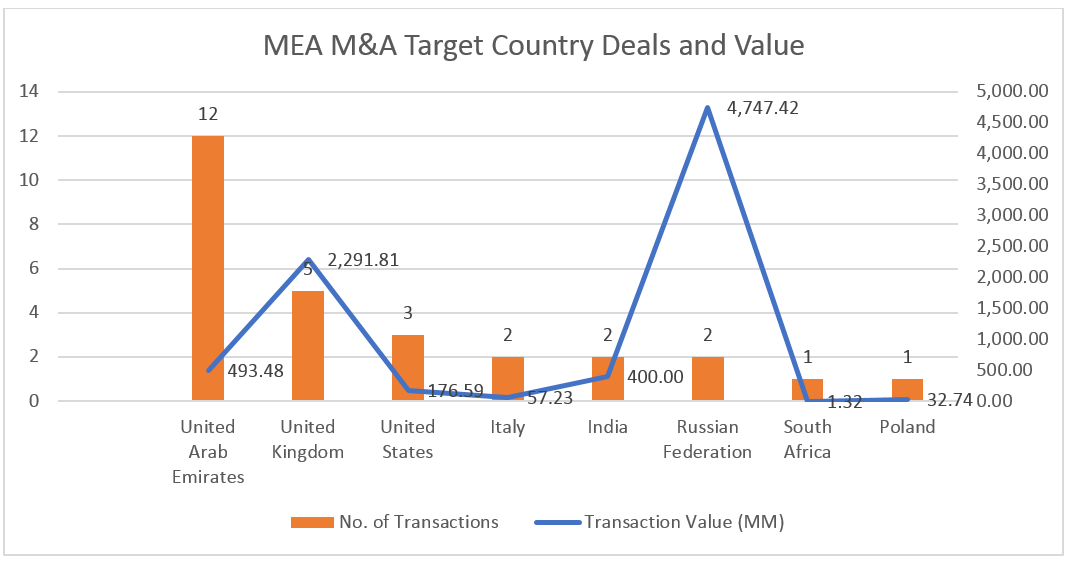 Inbound transactions represent 21% of the total transactions of the quarter. With a total disclosed transaction value of $100 million. The UAE came in first with six deals closed this quarter.

In Q3 there were also 34 outbound deals. The UAE again came in first with six deals, followed by the UK with five deals, and France with three.

Taking Environmental Issues Seriously in the Wake of Australia's Fires

Though bushfires are natural to Australia’s ecosystems, the frequency, duration, and severity of fire weather in recent years...

By Harmony Zhou  |  Companies and Markets

Our experts weigh in on the stories that will define 2020.