After rebounding in Q2, the number of companies going public on U.S. markets dropped in the third quarter. While July was a strong month, with 29 companies going public, August had just eight IPOs and September just 13. The July surge in IPO activity appears to be correlated with the strong stock market; the S&P 500 rose by 1.3% for the month, reaching an all-time high on July 26. The solid July performance was followed by a turbulent August as renewed U.S. trade tensions spooked global markets and the S&P 500 fell 1.8%.

The big story this year has been the disappointing performance of several much-hyped technology IPOs. While Pinterest’s stock has performed well since its IPO in April (up 43.7%), the much-anticipated Lyft, Uber, and Peloton IPOs have not performed so well. As shown in the table below, Lyft stock is down 45.5% from its offer price, Uber is down 32.5%, and Peloton has dropped 18.9% in its first few weeks of trading. At the same time, Zoom’s stock has more than doubled in price (+113.9%), CrowdStrike is up 102.3%, and Tradeweb Markets is up 48.9%. Even Slack, which went public via a direct listing, has underperformed (note that the reference price was $26.00 (+0.2%), but the stock opened for trading at $39.50 (-34.1%)).

Mixed Performance of Tech IPOs in 2019

The market is no longer interested in overpaying for companies that have yet to turn a profit. Investors are demanding to see growing revenues and a path to profitability, as well as a solid leadership team. WeWork (The We Company), a shared office space company, pulled its planned IPO in September in the face of intense scrutiny after it reported $1.37 billion in losses in the first half of 2019. Shortly afterward, the CEO stepped down; it is unclear if or when the company will go public. The highly anticipated Airbnb IPO is now expected to take place in 2020 but it appears that this will happen via a direct listing, following the paths of Slack and Spotify. 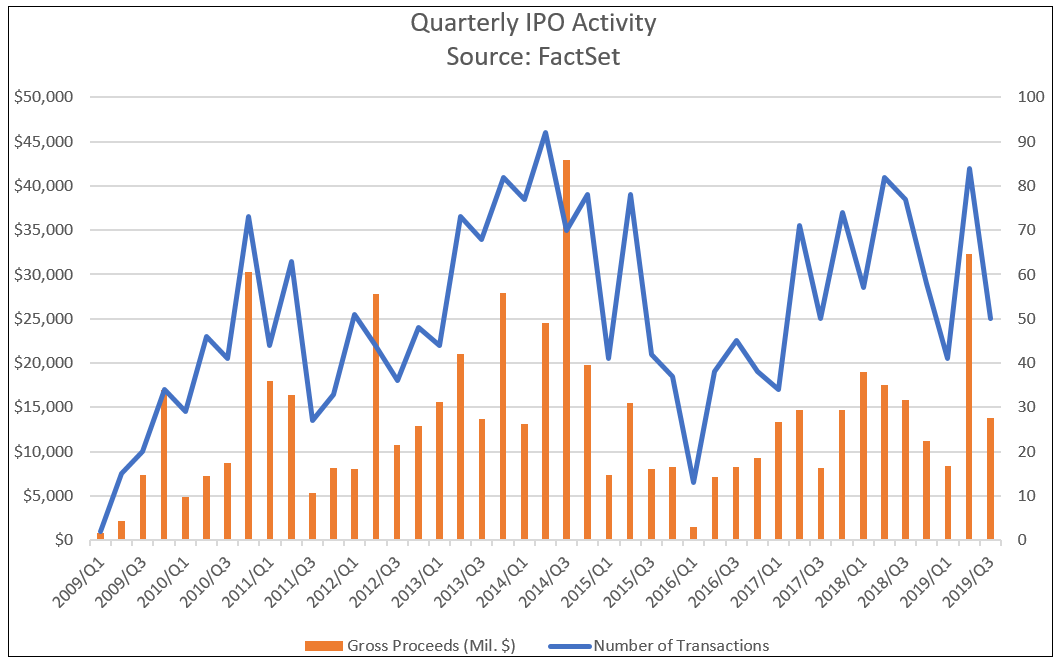 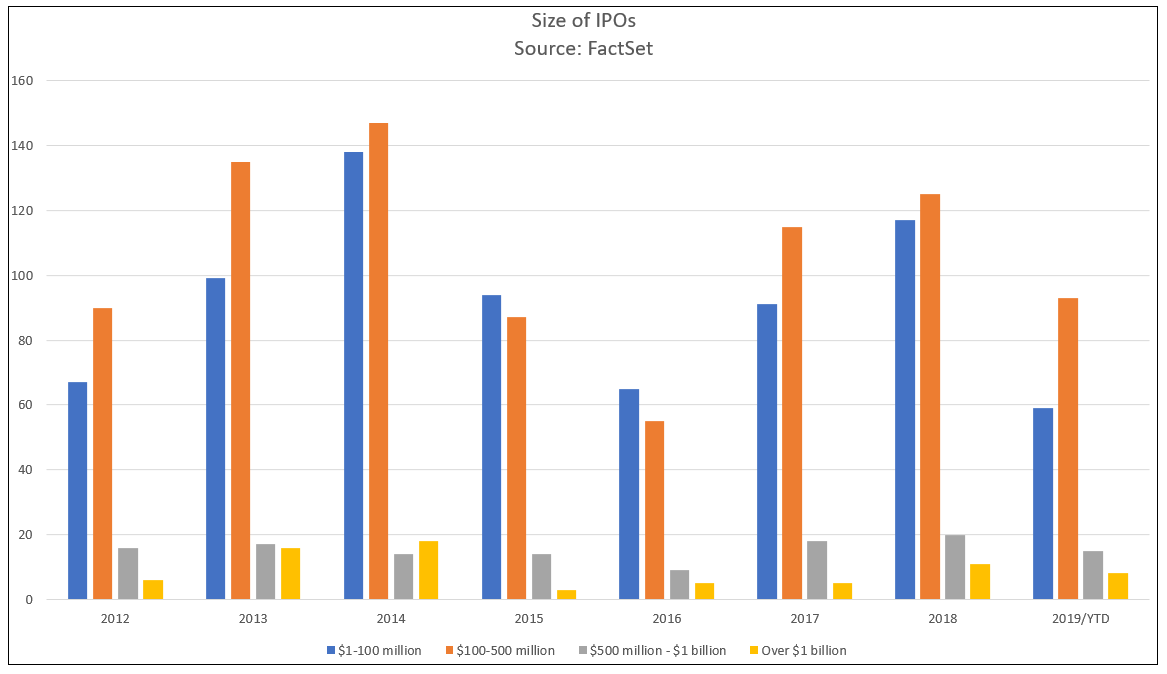 Of the 50 initial public offerings in the third quarter, 15 came from the Finance sector. The sector raised a total of $3.5 billion for the quarter. There were 11 IPOs in the Health Technology sector with total gross proceeds of $2.4 billion. The Technology Services sector raised the most money for the quarter. The sector saw 10 IPOs with total gross proceeds of $4.2 billion thanks to the large DouYu and Datadog IPOs.

Activity by Financial Sponsors Retreats After a Strong Q2

There were 17 venture-capital backed IPOs in the third quarter, half the number we saw in Q1. The list included one of the quarter’s mega-IPOs, Peloton, which raised $1.16 billion. Gross proceeds for all 17 VC-backed offerings totaled $6.2 billion, down 64% from the $17 billion raised in Q2, but up 15% from Q3 2018.

After the Q2 surge in private equity-backed IPOs, there were just three in the third quarter. The quarter’s other mega-IPO fell into this category, with SmileDirectClub raising $1.35 billion of the total $1.6 billion for all PE-backed IPOs. 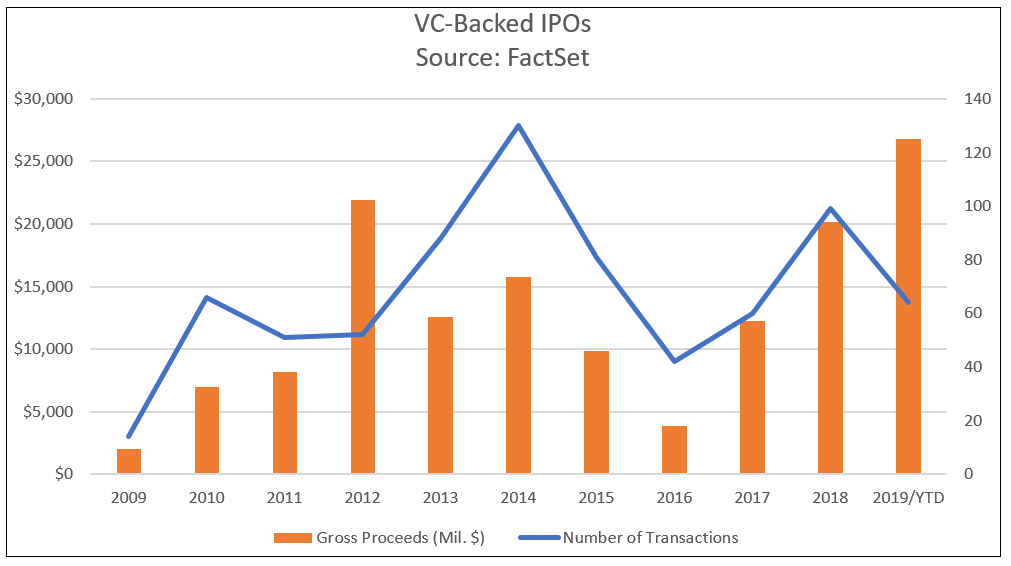 How Does IPO Activity Look in the Second Half of 2019?

There are 70 companies that have released initial preliminary filings this year and are still in registration (this excludes offerings that have been postponed or withdrawn). More than half (37) of them have filed since July, indicating a strong pipeline for Q4 and 2020. However, as discussed above, investors are increasingly wary of lofty valuations; companies will need to prove that they are well-run, have growing revenues, and will eventually turn a profit. At the same time, global market uncertainty due to Brexit and continued trade tensions have the potential to squash the IPO market