Why a Fortress Balance Sheet Matters to the C-Suite

We all have been listening to the regulatory alphabet soup-gobbledygook for the last four years, and is it just us. . . but are we getting a little tired and overwhelmed by it? One thing that has not surprised us, but often perplexes us, is why the banking industry fights like WWI trench war-fare almost every title and sub-section of the Dodd-Frank Act? Yeah, we know it is “sort of” unfair that the banking industry has had to pick up the vast majority of the “billions of dollars” tab and take the brunt of the “villain” criticism for the “credit crisis” nuclear explosion and its radioactive aftermath. 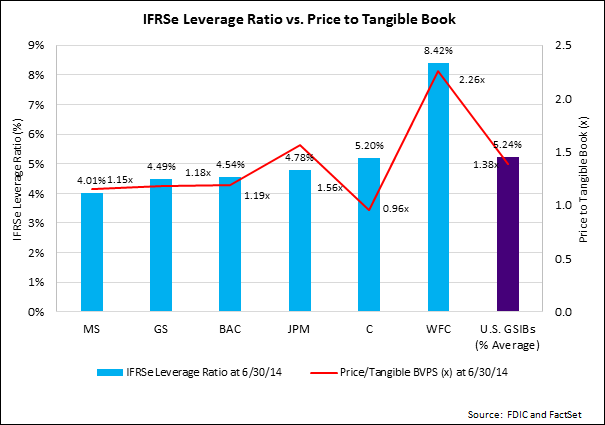 Over the last several years, we have been hearing this complaint from the highly paid bank lobbyists, to the business segment heads of mortgages and capital markets, to the C-suite executives. Their rebuttal is that avoiding the harmful effects of the “credit crisis-bubble” was too tough of a call regarding the timing and dollar extent of the fat tail-risk from all that excessive leverage and risk taking circa the mid-2000s. We would say that, boy, these “CDO-squared, and scratch-and-dent mortgage/structured” rocket scientists could sure paint an easy-to-understand, best-case scenario on obscure, obtuse and complex structured securities. Yet astonishingly, they could not envision that almost every asset that could be leveraged had a lien on it by 2006/7, and eventually investment “trees don’t compound forever and grow to the sky”? Please, pardon our naiveté, but this whole financial circus was an illogical circular investment loop, and since there was “fun-in-the-sun” money for everyone involved, it was E-Z to let things pass without question.

Getting back to point, we ask why are the G-SIFI C-Suite executives so upset living in a Post-Dodd Frank/Basel III world? Because after all these years of the banking industry getting kicked and butt-headed by Washington DC politicos, and their regulatory henchmen, the industry just wants to go back to the “lazy, crazy days of leveraged summer!” Basically, the bankers believe that after paying the hefty credit crisis $$$-toll, that they should get a pass of sorts. Yeah they say, there could be a modicum of new regulation, but all this red-tape is ridiculous, and it’s costing companies near-and-dear EPS (earnings per share) growth and hurting the G-SIFI C-suites platinum-plated stock and option retirement plans. 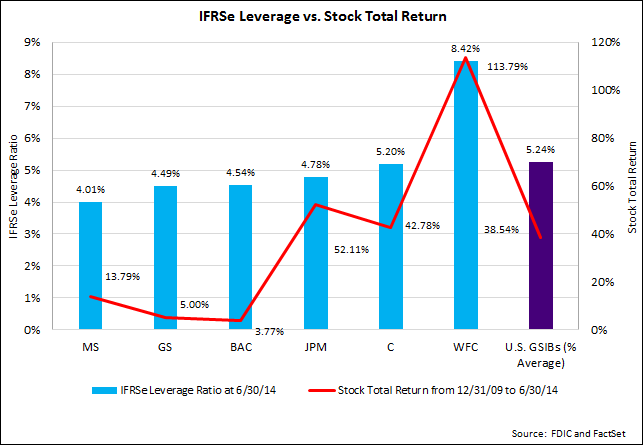 And besides they say, this is hurting the U.S. economy, the world’s GDP growth rate, and it’s just plain un-American. Away from the dead-cat bounce in their stock prices over the last several years from the lows of 2009, it hurts the growth of their individual stock vals!

But does it really, we would ask? Should we as investors, risk managers, regulators, and corporate strategists really believe that banks and their top executives are challenged by the complexity and unintended consequences related to the Dodd Frank Act and Basel III implementation? So are the C-Suiters really hamstrung by all the major aspects of implementation and the associated high costs including legal, organizational, valuation, and infrastructure?

What does the “tape” really say about those U.S. G-SIFIs that are diligently adhering to most of the principals of Dodd Frank, basically the drive to improve operating performance and the balance sheet: most often focused on capital, leverage and liquidity? And do the G-SIFI banks that think that they have enough capital/liquidity at sufficient minimum adequate levels, believe they will be rewarded by the stock and credit markets?

The Winning Mix consists of 1) a clear legal structure and organizational footprint, 2) best-in-class assets valuation, 3) skilled management execution of superior strategies (economic value added positive), and 4) fortress-like balance sheets that are believable. So, from our review of stock valuation and CDS performance over the last 4+ years of Dodd-Frank, there seems to be a strong relationship between better balance sheets and better capital structure instrument performance.

Therefore, we believe that to those banks that persevere on the fortress-balance sheet quest, that they will receive the real rewards: namely, above-benchmark performance in equity and debt markets, aka as better capital structure performance. These rewards are equally beneficial to all the major stakeholders including debt, equity, risk management, and regulatory.