Social Market Analytics Inc. (SMA) S-Factor metrics provide quantitative measures of the intentions of professional investors as expressed on Twitter. As a preferred partner of the social networking service, SMA monitors Twitter 24/7 to provide hourly sentiment indicators. These indicators are created using tweets from accounts that are deemed reputable by SMA's patented methodology.

S-Factor metrics offer raw sentiment and sentiment relative to a security’s history for all stocks on the Russell 3000, as well as for other major liquid securities listed on the NYSE, NASDAQ, and LSE.

History: Data available back to 2011 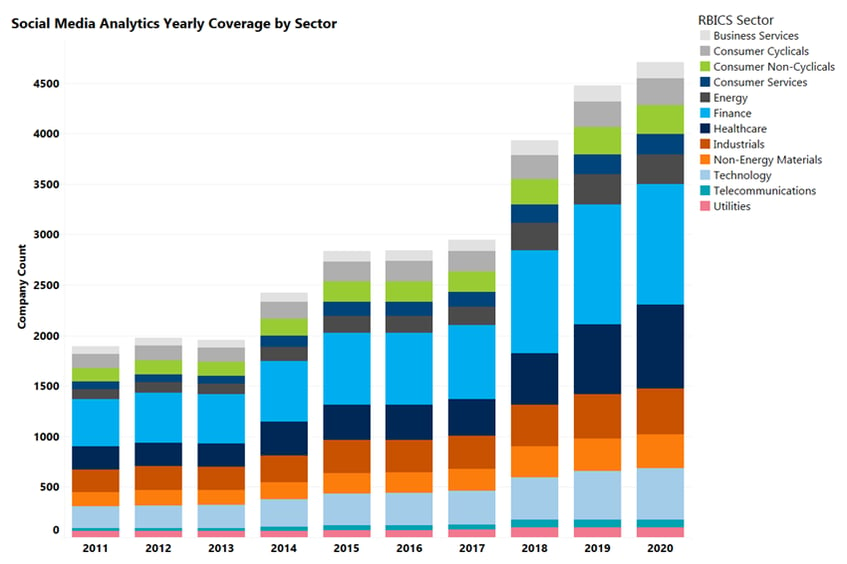 Through its use of patented algorithms and security-specific topic models, SMA allows users to leverage valuable sentiment information from reputable Twitter accounts, while bypassing the noise that typically makes social media sentiment so challenging to aggregate. First, SMA analyzes the entire Twitter firehose using its patented financial NLP methodology and account rating algorithm. Topic models, which are a collection of inclusion- and exclusion-based rules customized for each security, are then used to determine if a tweet is about the given security.

SMA extracts all English tweets relating to a security based on its topic models, and then filters the tweets to those posted by reputable accounts that are identified by SMA’s 12-factor algorithm. Once this is done, SMA calculates sentiment for all eligible tweets and aggregates tweet scores per security to create S-Factors.

SMA’s S-Score metrics are used to compare the tone of the current conversation per security to historical levels. The S-Score is one of 15 primary S-Factors that is included in the product and used by SMA’s quantitative systemic trading clients.

The details provided above are as of April 2020.