During each corporate earnings season, it is not unusual for companies to comment on their ongoing corporate goals and initiatives. Given the growing focus on environmental, social, and governance factors by investors, did companies in the S&P 500 comment on these factors during their earnings conference calls for the fourth quarter?

To answer this question, FactSet searched for the term “ESG” in the conference call transcripts of all the S&P 500 companies that conducted earnings conference calls from December 15 through March 5.

Of these companies, 71 cited the term “ESG” (in reference to environmental, social, and governance factors) during their earnings calls. Although this number is only 14% of the companies in the index, it reflects a 137% increase compared to the number of companies citing “ESG” in the previous quarter (30) and is the highest overall number of companies going back at least four years. 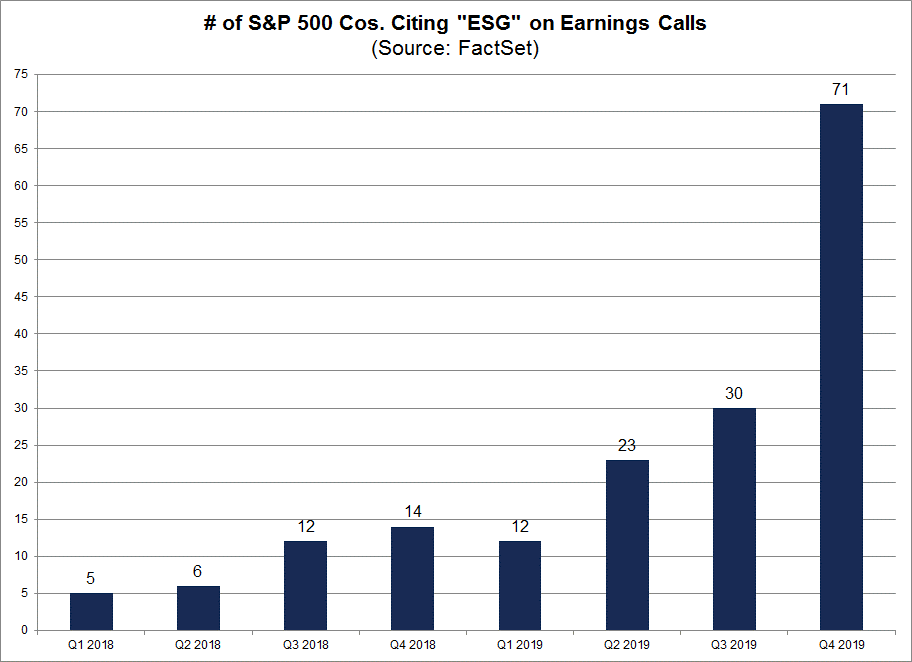 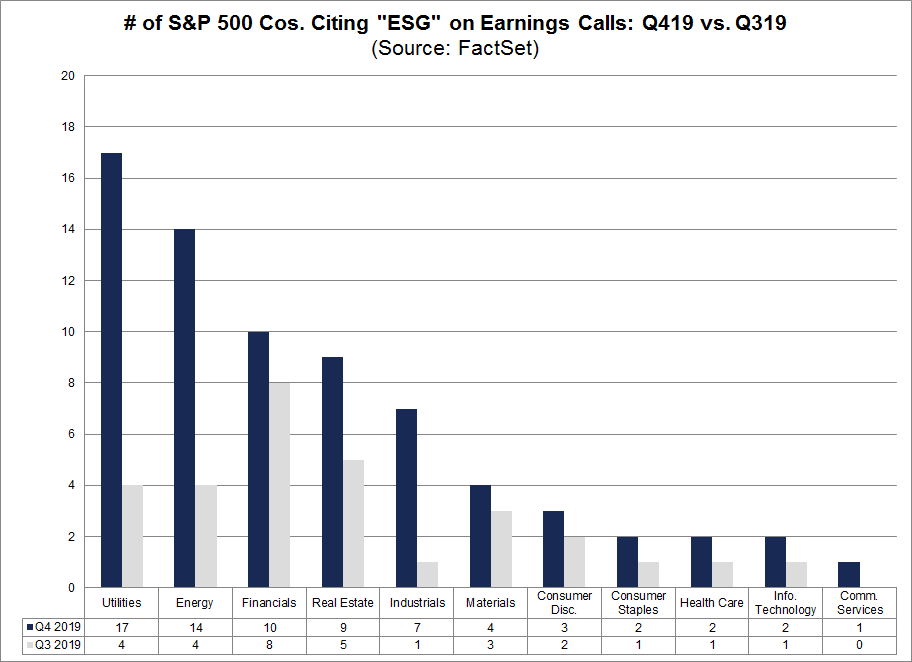 Of the 31 companies in the Utilities and Energy sectors that cited “ESG” on Q4 earnings calls, 19 (61%) discussed reducing their carbon footprint and greenhouse gas emissions. In addition, nine companies also discussed ESG reporting and transparency. 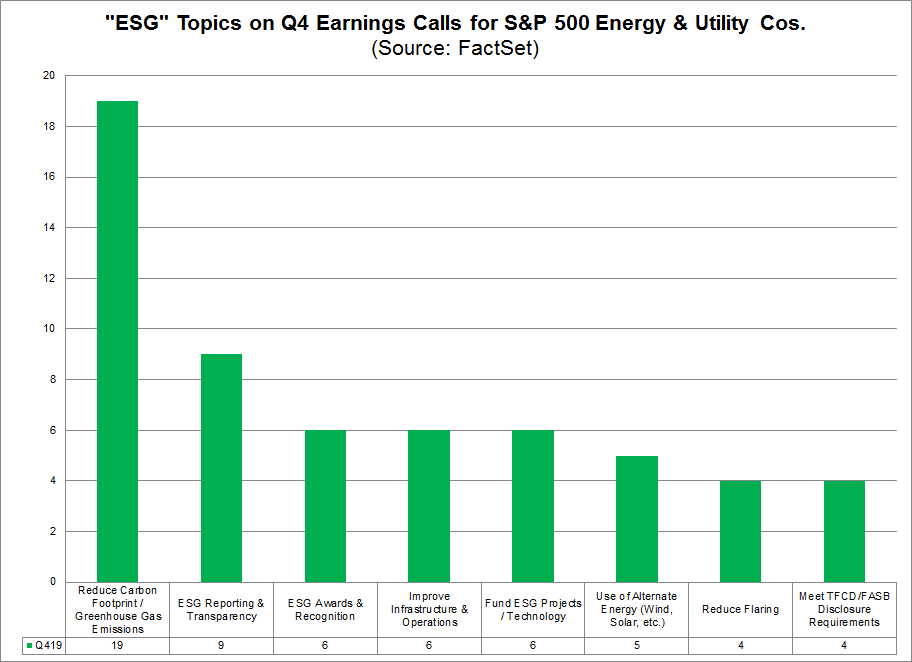 It will be interesting to track the number of S&P 500 companies that cite “ESG” in their earnings calls going forward to see if the large increase in the number of companies discussing this topic continues in future quarters.

Comments from companies in the Utilities and Energy sectors that discussed ESG on their Q4 earnings calls can be found in the full FactSet Earnings Insight report, which can be downloaded at the link below.