A Stylized History of the Risk-Free Rate Transition

The London Interbank Offered Rate (LIBOR)—arguably the most important benchmark in today’s financial markets—underpins trillions of dollars of derivatives and fixed-income securities. The rate is not set by market transactions, rather is it set by a poll administered by the ICE Benchmark Association (IBA). To determine this rate, the IBA asks 16 top-tier banks “the rate at which it could fund itself at 11:00 a.m. London time with reference to the unsecured wholesale funding market.” The resulting rate is a trimmed average of the responses and is meant to quantify the top tier borrowing costs. Although fundamentally LIBOR is a measure of credit risk in the interbank market, it is also widely used to determine consumer borrowing rates as it is used either directly or indirectly for bank loans, credit cards, and mortgages.

As LIBOR is set via a poll and not determined by market transactions, it is possible that the rate can be manipulated by the contributing banks. This manipulation famously took place with its first reporting in 2008, though some say it was happening as far back as 1991. It culminated in a series of class-action lawsuits around 2012 that saw some contributing banks fined over a billion dollars. In 2017 (as a reaction to this widespread manipulation), the Financial Conduct Authority (FCA) announced that after 2021, they would no longer compel the top-tier banks to respond to the IBA poll—essentially declaring the end of LIBOR as a valid financial benchmark.

In the subsequent years, a lot of work has gone into preparing for the transition away from LIBOR. Working Groups have been established across the globe to propose new rates and best practices. The ARRC (Alternative Reference Rates Committee) proposed that SOFR (Secured Overnight Financing Rate) replace USD LIBOR, while in the Eurozone, there is a transition from EONIA (Euro Overnight Index Average) to €STR (Euro Short Term Rate). In this article, we will describe the impact on various fixed income asset types. 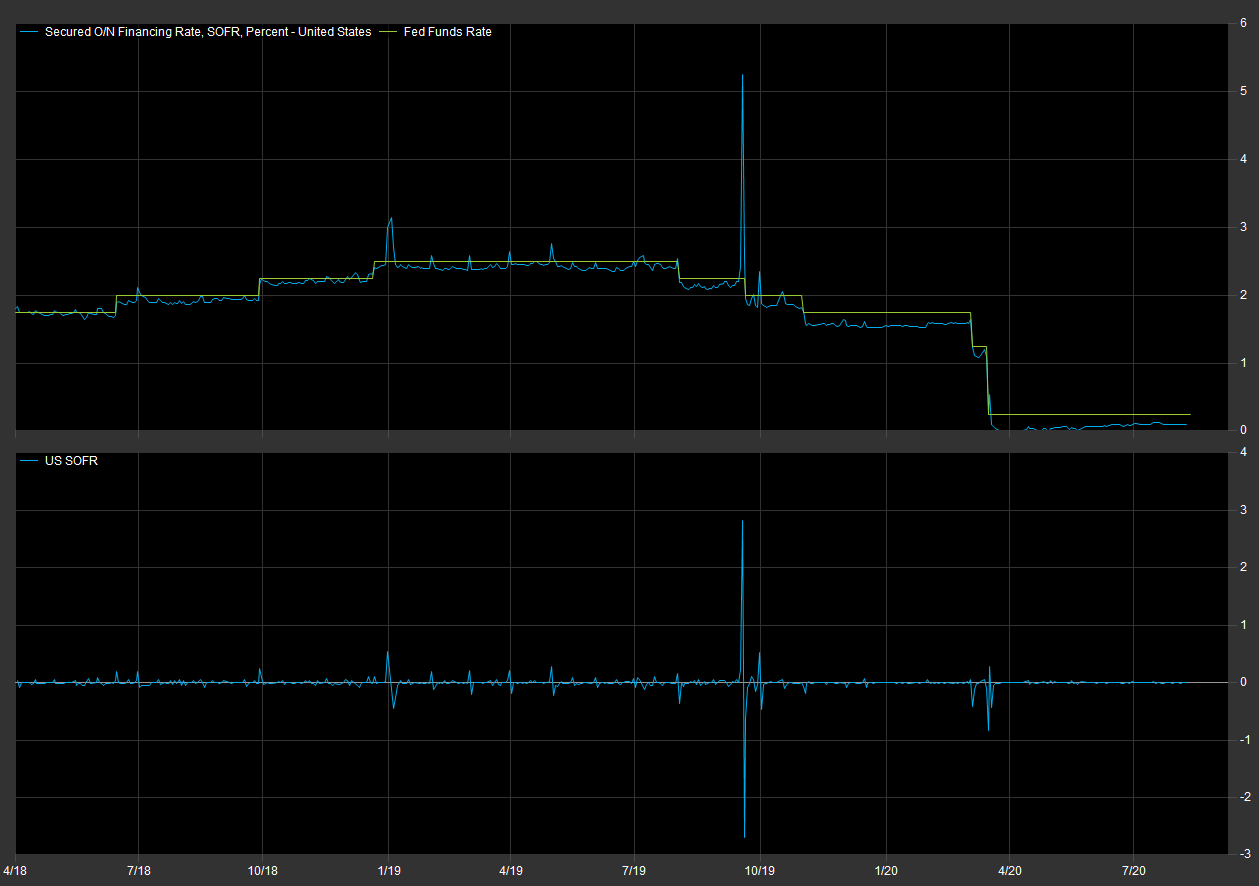 In the United States, the ARRC chose to replace USD LIBOR with a new rate, as opposed to a rate already found in the market. The rationale was to create a market transaction-based rate that was as close a proxy to the risk-free rate in the economy as possible. The SOFR is a blended rate of overnight treasury repo transactions. Its securitized nature decreases the riskiness of the benchmark. As a market transacted rate, it is speculated to be impervious from manipulation.

Initially, there was some concern over this choice, for at least two reasons. First, as a new rate, the market is unfamiliar with its dynamics and its effectiveness when used for hedging (the primary use of interest rate derivatives). Secondly, the repo market famously shows the “turn” phenomena—defined as a spike in rates at month-, quarter-, and year-end due to the pressures on short-term rates during reporting periods. However, as can plainly be seen in the chart, the SOFR rate also spiked during September 2019, due to a “confluence of a number of events”. Therefore, although the rate is impervious to manipulation, is the rate sufficiently stable to replace the most important benchmark in the financial markets?

To answer this important question, we just need to look at the contracts being issued on SOFR. The coupons do not fix to a single overnight rate, but a compounded average over the length of the coupon period: 30d, 90d, or 180d. These compounded rates show much less variation, and in fact, have dynamics that are very similar to the 1m, 3m, and 6m LIBOR rates.

Movement of Contracts Issued on SOFR 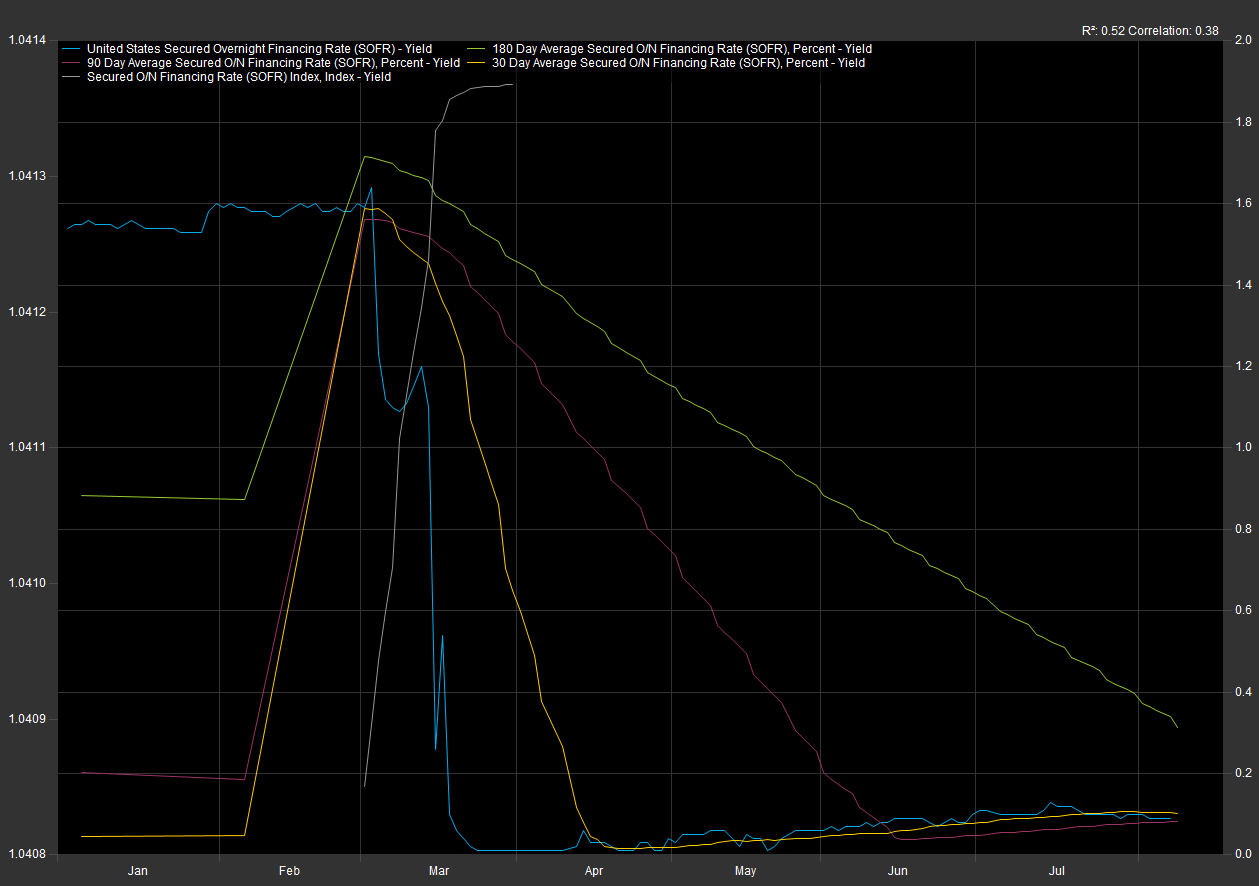 The above chart shows the SOFR overnight rate together with the 30d, 60d, and 180d average, demonstrating the smaller variability of the term rates. The fourth series is the “SOFR Index” that represents the cash account accumulating daily at the SOFR rate since March 2, 2020 (that is, the current value of an account that pays SOFR overnight interest with 1$ placed in the account on March 2, 2020). It is hoped that the SOFR bond issuance will standardize their terms and conditions over time and can use ratios of this index to determine the coupon payments.

The Bank of England (BoE) decided to choose a well-known market rate to replace LIBOR—SONIA. This rate has been in existence since 1997, indeed before the global financial crisis (GFC) of 2007. 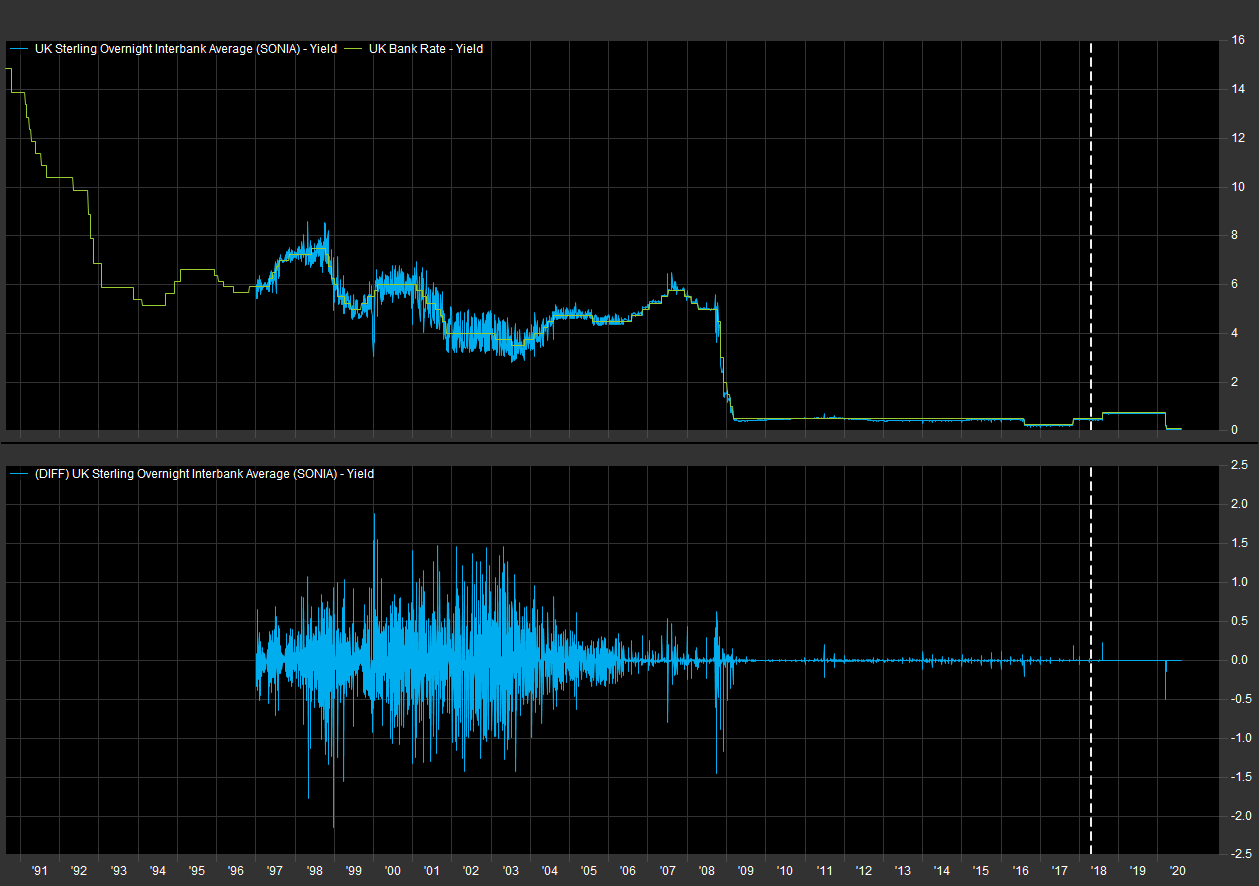 Prior to the GFC, this was more of an indicative rate, without active markets ensuring that the rate is in supply-demand equilibrium. However, the SONIA swap market became active and highly liquid following 2007, when the rate became the standard margin rate for collateralized derivatives. This transition can be seen quite clearly in the chart.

There is another, more subtle transition that is also noticeable in the chart. When the BoE chose SONIA as the replacement, they laid out a set of reforms designed to curb the variability due to the turn events that were so criticized in the SOFR rate. These reforms went into effect on April 23, 2018, and a close-up of this time period shows how successful the reforms were. 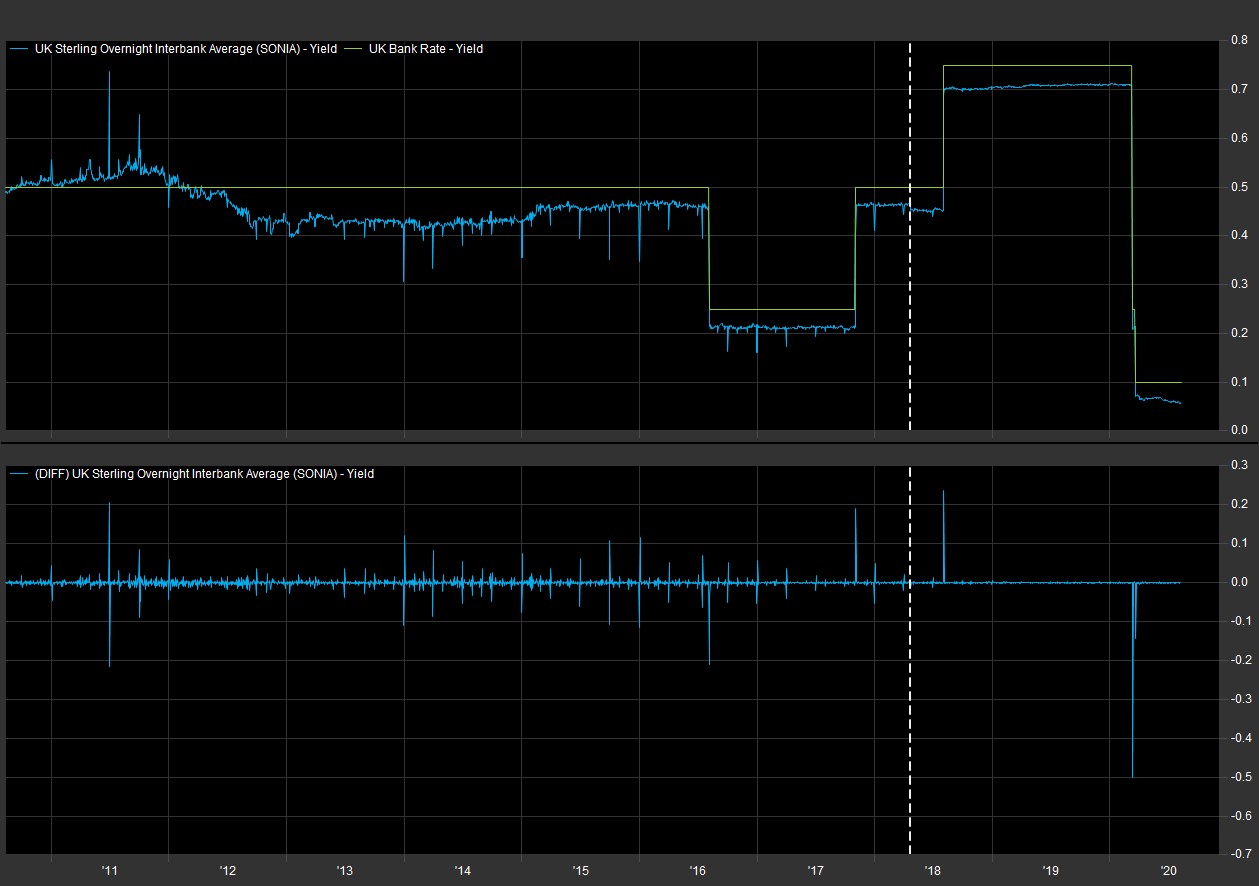 Prior to April 2018, regular spikes were seen whereas the only spikes after April 2018 were due to the BoE changing the target rate.

By choosing a known quantity, the derivative market is already liquid and a term structure of SONIA is well known. This is not the case for SOFR where the swap market is still nascent, with liquidity only recently increasing past 5y.

The European central bank also chose a new rate determined by market transactions in the unsecured overnight interbank market, the Euro short rate or €STR. Simultaneously they changed how the Euro overnight index average (EONIA) is calculated to synchronize with ESTR. The EONIA fixing is now defined as 8.5bps above the ESTR fixing. The main benefits of this definition are the history it affords market participants and the continuity with a known rate. 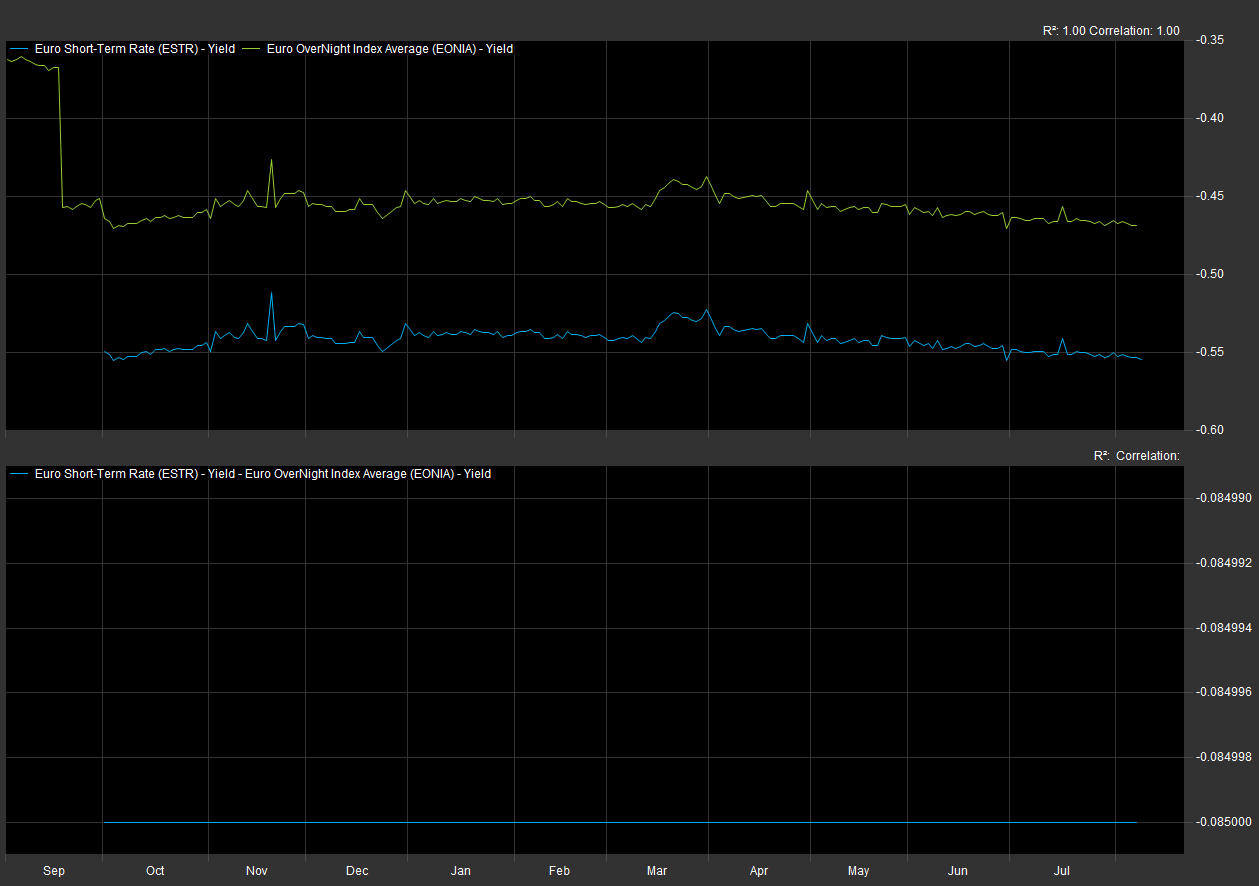 Although there have been many consultations, announcements, and discussions with various regulatory boards (the ARRC, the FCA), there is still uncertainty around aspects of the transition. Despite this uncertainty, the markets in the risk-free rates continue to become more liquid and bond issuance is increasing dramatically.

Communication and information are the keys to managing the risk-free rate transition.

Many of the uncertainties will be resolved in the coming months and quarters and we will continue to monitor and provide insight as this information is brought to light. 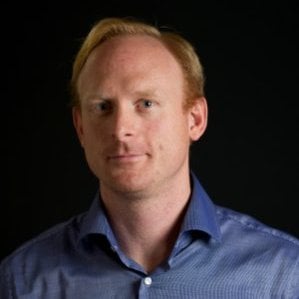 Dr. Tom Davis is Vice President, Director Research, Fixed Income &amp; Derivatives at FactSet. In this role, he is focused on ensuring FactSet is providing the highest quality derivative analytics and growing the coverage across all asset classes. His team also conducts cutting edge research in the models and methods of quantitative finance which will ultimately increase the speed and accuracy of FactSet analytics. Prior to FactSet, Mr. Davis spent four years at Numerix as Vice President of Product Management in charge of their flagship product and four years managing a team of quantitative analysts at FINCAD focused on arbitrage-free modeling of interest rates and foreign exchange rates to price exotic hybrid derivatives. Mr. Davis earned a Doctor of Philosophy in theoretical physics from the University of British Columbia in Vancouver, Canada.

Convertible bonds, like any corporate bond, are subject to credit spread risk.

Here we outline policy changes related to the U.S. mortgage market and changes to our mortgage prepayment model to address the...

Convertible Bonds and the Term Structure of Volatility

The aim of any convertible bond (CB) model should be to capture the hybrid nature of the risk. Pricing models generally split the...