During the fourth quarter, analysts increased earnings estimates for companies in the S&P 500 for the quarter. The Q4 bottom-up EPS estimate (which is an aggregation of the median EPS estimates for Q4 for all the companies in the index) increased by 2.3% (to $36.93 from $36.10) during the quarter. How significant is a 2.3% increase in the bottom-up EPS estimate during a quarter? How does this increase compare to recent quarters? 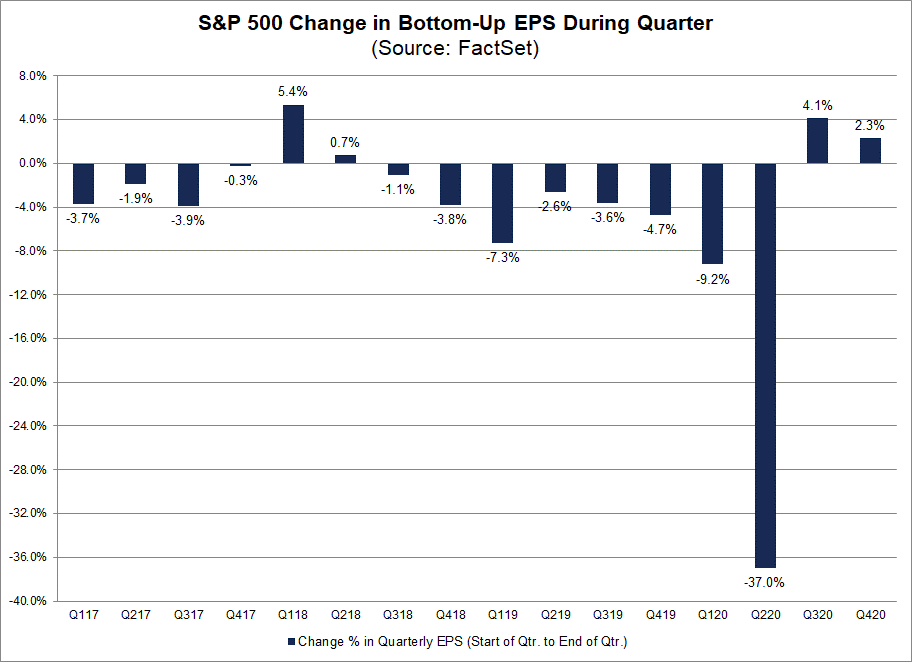 However, it should be noted that analysts made substantial cuts to EPS estimates for Q4 during the second and third quarters (March 31 to September 30). During this period, the Q4 bottom-up EPS estimate declined by 17.4% (to $36.10 from $43.73). 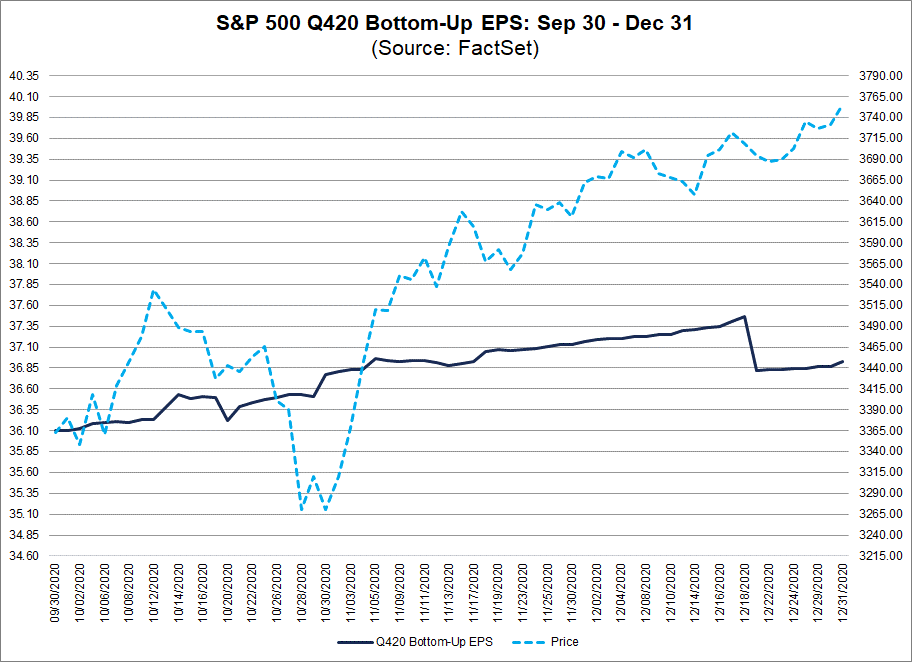 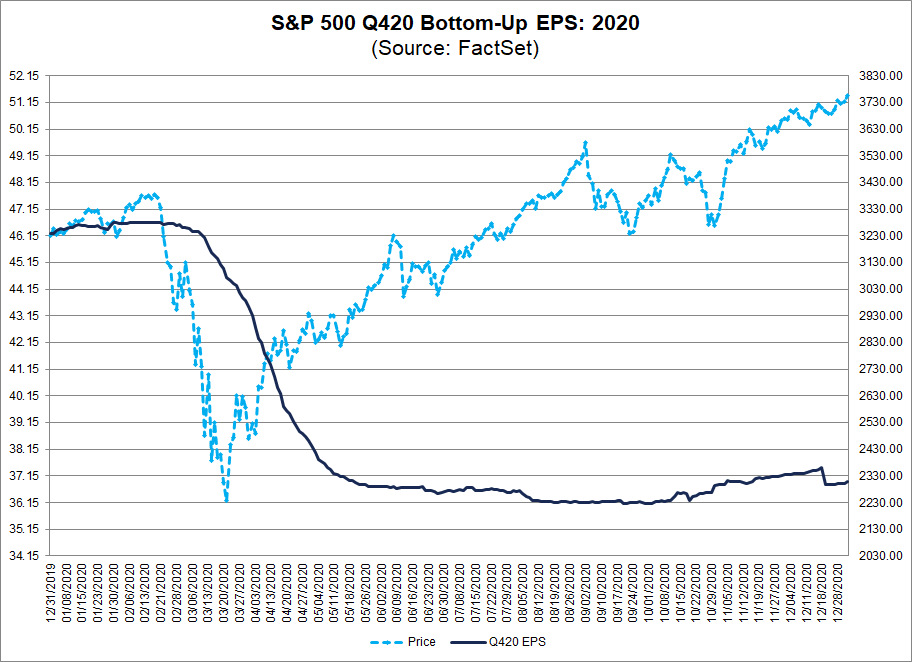