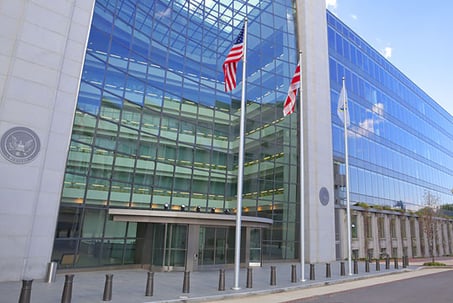 a lot of back and forth on Active ETFs lately. Active ETFs still make up a very small portion of the ETF market, because currently the only approved structure for such a beast is a fully transparent ETF with daily disclosure of holdings.

Many investors think all ETFs disclose their daily holdings by default, but that’s actually a myth. Vanguard, for instance, just discloses its holdings on the same schedule as the mutual funds its ETFs are share classes of: monthly, with a 15-day lag. So you get to see the July 31 portfolio on August 15. Vanguard gets away with that because it's tracking indexes, and it has a reputation for tracking those indexes extremely tightly, so even though Authorized Participants don’t “know” exactly what’s in, say, the Vanguard S&P 500 ETF, investors have, to say the least, a pretty darn good guess to hedge from.

To date, because an active ETF can hold literally anything on any given day, the SEC has insisted that ETFs show the market their full portfolios, so the market will be better able to arbitrage out any price discrepancies between the fair value of the holdings and the actual trading price. Most of the funds that are willing to do this are big bond funds like PIMCO’s Total Return Bond ETF and the SPDR DoubleLine Total Return ETF. The thinking is that those funds rely on such incredible scale and access that no “normal” investor could ever efficiently front run them.

Getting a true “non-transparent” active ETF approved by the SEC has been a bit of a holy grail in the ETF Nerd Club (disclosure: founding member). There have been proposals from Precidian, T. Rowe, Blue Tractor, and Eaton Vance all trying to crack this particular nut, all with varying ways of “blinding” the portfolio from the market while still trying to maintain arbitrage.

So far this is pretty straightforward stuff, and the arbitrage mechanism doesn’t seem radically different than the original proposal from T. Rowe Price back in 2013 (minus the closed end fund part). T. Rowe envisioned basing the iNAV of true holdings and put some boundaries on the tracking basket (called a hedge portfolio in T. Rowe’s case). If anything, the Fidelity filing is a simpler version of similar concepts.

Here are the more interesting bullet points though:

This is all the new bit. One of the big criticisms of ETFs over the years — active or not — has been the ketchup bottle problem: it can be easy to get in, but sometimes it can be hard to get out. People worry about liquidity in a crisis. “What if” all the market makers decide they don’t want to buy your shares when the market’s down 20%?

This new feature theoretically resolves this problem, but there’s an important caveat. While any investor can use the convention closed-end tender process every brokerage pretty much already has in place to redeem shares once a week, because there’s no daily redemption, it’s possible discounts could be slightly sticky.  After all, if I, as the AP, have to be short a bunch of stocks for a week to offset the pile of ETF shares I bought while I wait for the tender window to come around, I’m probably going to wait until it’s worth my while. In today’s structure, the longest the AP has to sit on those short positions is from 9:30 in the morning till 4:00 in the afternoon.

So what’s the point then? Well, it gives institutional investors an out. Should a major hedge fund or endowment decide to liquidate a position, this feature allows the institution to entirely bypass the trading floor, guaranteeing that it gets a “fair” price for its shares, regardless of what the market impact of the transaction might be. In my opinion, this is a good thing and likely makes it easier for institutions to wade in on a less transparent product.

I’m not entirely convinced the proposal helps an ETF that’s at a persistent discount snap back to fair value, however. The filing suggests that this will support arbitrage, but actually, it removes one half of the arbitrage see-saw. Normally, discounts are collapsed when an investor buys ETFs in the open market (increasing upward price pressure) and arbitrages that out by selling underlying securities (increasing downward NAV pressure). In this case, the investor’s desire to get out is met, but only half of the see-saw hits the market (downward pressure as the fund is forced to sell holdings in order to meet the redemption claim).

Given the SEC’s “slow play” on Active ETF filings to date, I’d be surprised to see a quick move on this. However, the filing is emblematic of the overwhelming interest of large, traditional active managers in getting into the ETF game. My bold prediction is eventually a large active equity manager gives up the ghost on non-transparency and launches fully transparent ETFs using the existing structure active fixed income ETFs are using. But if I'm wrong, we'll continue to see moves like this one from Fidelity, moving the ball ever-closer to full transparency and seeing if the SEC will take the bait.

(Interesting side note: by using the illiquid CEF as a starting point, the filers may think they’re more likely to get this structure approved, and, among other things, CEFs can own slightly different securities, like unlisted equities.)

Update: An early version of this story said repurchases by the fund required at least a 5% stake rather than any investor and authorized participants might have daily redemption ability.