As Temperatures Cool, Emissions Heat Up in New England

The cold is setting in and the snow is starting to pick up in New England, which means furnaces are being cranked up. New England has historically been a region with a progressive stance on emissions and hydrocarbon infrastructure. New England states were among the founding members of the Regional Greenhouse Gas Initiative (RGGI) cap and trade program and numerous proposed natural gas pipelines have been attempted and failed to enter the New England market over the last decade. That progressive stance has pushed many renewable projects forward; however, it has left the region still beholden to a legacy power infrastructure. This includes one of the U.S.’ largest fleets of power plants that burn oil to generate electricity, which has been recently thrown into service pushing emissions in the region to recent highs.

Temperatures Drop In the New Year

Winter 2021/2022 started off mild and dry with most of the U.S. celebrating the December holidays in shorts. That couldn’t last forever, though, and now temperatures have taken a turn down. Much of the East Coast has felt this shift in the last couple of weeks with heating degree days on the rise.

This means that as temperatures dip, residents look towards natural gas for both heat and electricity. Usually, this increased demand would be met with increased supply; however, the region has been opposed to any new natural gas infrastructure. With supply into the region stagnant and demand on the rise, the region must turn towards substitutes. In this case, the next best thing in New England to power homes is fuel oil.

Turning to Oil and Coal

The chart below shows the daily generation mix (i.e., what fuels are used to generate electricity) over the last year in New England. As temperatures have fallen recently, oil and coal have turned on to meet what natural gas cannot. This shortfall is exacerbated by the retirement of 1.2 GW of nuclear power plants over the last five years in New England.

Of course, with any hydrocarbon generation comes emissions and the recent uptick in oil and coal generation is no exception. The chart below shows the uptick in emissions we have seen in the last couple of weeks. Compared to the previous month, power sector emissions are up 35%, hitting 87 thousand metric tons of carbon dioxide (CO2) emitted on January 12. 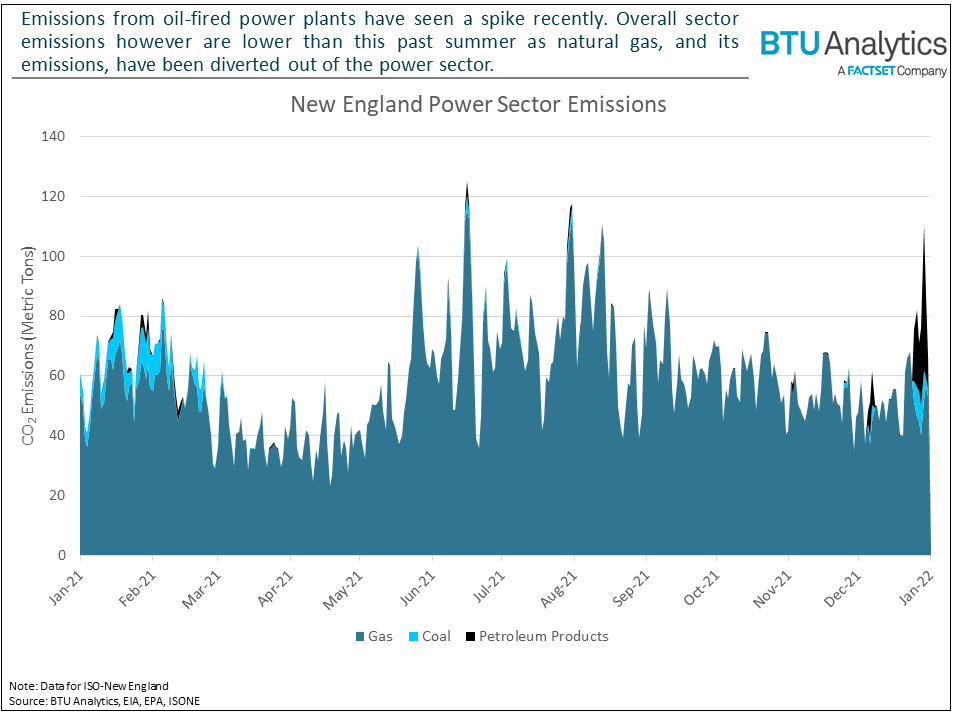 However, even with the much more carbon-intense generation from oil, power sector emissions are not hitting the highs we have seen during the summer. That’s because natural gas and its associated emissions have been diverted out of the power sector and into the residential and commercial heating market. The following graphic shows emissions from other natural gas end uses as well as emissions from coal and oil used in the power market. Taking that into account, we can see that on January 10, the region hit fresh highs in emissions, with modeled emissions from the power and natural gas markets reaching 249 thousand metric tons of CO2. 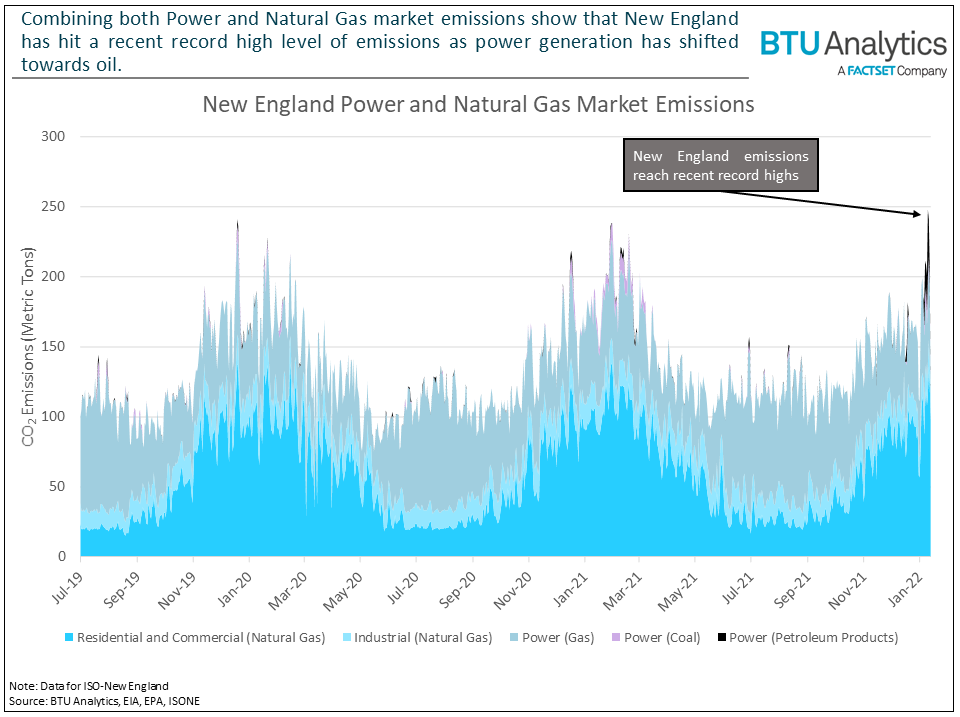 While oil and coal will continue to play a role in New England’s power market during extreme times, that role will diminish with time. In the coming years, a portion of the proposed 7 GW of offshore wind, 2 GW of solar, and 1.5 GW of energy storage will enter the market, providing additional generation to backfill gas generation when New Englanders turn up their thermostats. However, this does illustrate the unintended consequences that can occur when a series of seemingly unrelated, well-intentioned policies are adopted. 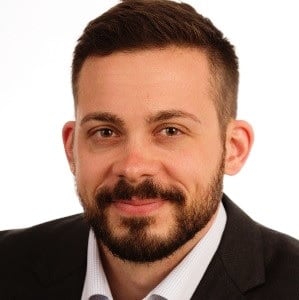 The U.S. has little ability to export additional LNG in the near term, with natural gas pipeline flows to export facilities...

Even a partial replacement of Russian energy exports will require additional fossil fuel infrastructure, which faces its own...