What a first quarter it was. The S&P 500 notched a lone all-time high on the first trading day of the year, then pulled back significantly—easily into “correction” territory. The global aggregate bond market suffered one of its worst quarterly losses ever as interest rates vaulted and credit spreads widened. Although, during the back half of March, a risk-on appetite helped cushion the blow to investors. There appears to be some optimism on the geopolitical front, and inflationary fears might be in the process of peaking.

We spotted some hopeful news: stock splits are on the rise. People are talking about it, too. High-profile companies like Amazon and Alphabet recently announced 20-for-1 stock splits. On March 28, Tesla indicated it might split its shares again.

Not to be outdone, GameStop (GME) tossed its hat into the ring via a stock split announcement of the dividend variety. GME plans to increase its share count from 300 million to 1 billion.

An Important Cue from Financial Execs

Stock splits are often used as a signaling mechanism by a firm’s management team. It’s thought that by splitting shares—whereby the stock price drops and the share count rises—a company tells the investing public that they believe their stock will soon rise back to the pre-split price. Splits can also improve liquidity by allowing smaller traders access to buy and sell, although the rise of fractional-share trading has likely reduced that impact.

Traditional Splits on the Relative Rise

Wall Street Horizon data shows that traditional stock splits have overtaken reverse stock splits in popularity. We began tracking split events in 2006. In recent years, reverse splits outnumbered those of the traditional variety. A reverse split happens when a company seeks to increase its share price to a more attractive range. A stock price too low might be a sign of a low-quality, high-risk stock and it could also lead to de-listing from an exchange. Across our coverage universe, which now spans more than 9,500 companies worldwide, reverse splits were more popular each quarter from 2016 through 2020.

Last year was the first to feature a mini-boom in splits. The trend change came after Apple and Tesla got the party going in the summer of 2020. Apple announced a 4-for-1 split that July, and Tesla followed suit with a 5-for-1 split the following month. The next year, on May 21, 2021, NVIDIA climbed aboard the split train.

Perhaps those were the first big-name companies to jump in the pool—fast-forward to today, and more firms are taking the corporate action. The prestige of having a share price above $1,000 may have lost its luster since so many stocks rose to that level after a huge rally in the last two years.

Another plausible reason for the slew of recent splits is lower liquidity and less retail participation in markets versus early 2021 (recall the popularity of meme stocks and options trading a year ago). It’s not surprising that tech/media/consumer space features so many splitters. That sector has performed very well over the last decade.

But optimism is not confirmed to the “TMT” area (which includes the Technology sector and media-related firms). Wall Street Horizon data show that other sectors are participating.

CSX Corp. is considered a bellwether company in the Industrials sector. The Dow Jones Transportation Index is a key barometer of the domestic economy’s health. CSX is the third-largest stock in the Transports index (behind only Union Pacific and UPS). After announcing a 3-for-1 split on the evening of June 4, 2021, shares have climbed 15%, including dividends, outpacing the S&P 500. The Jacksonville, Florida-based railroad company settled at an all-time high on March 30, 2022. 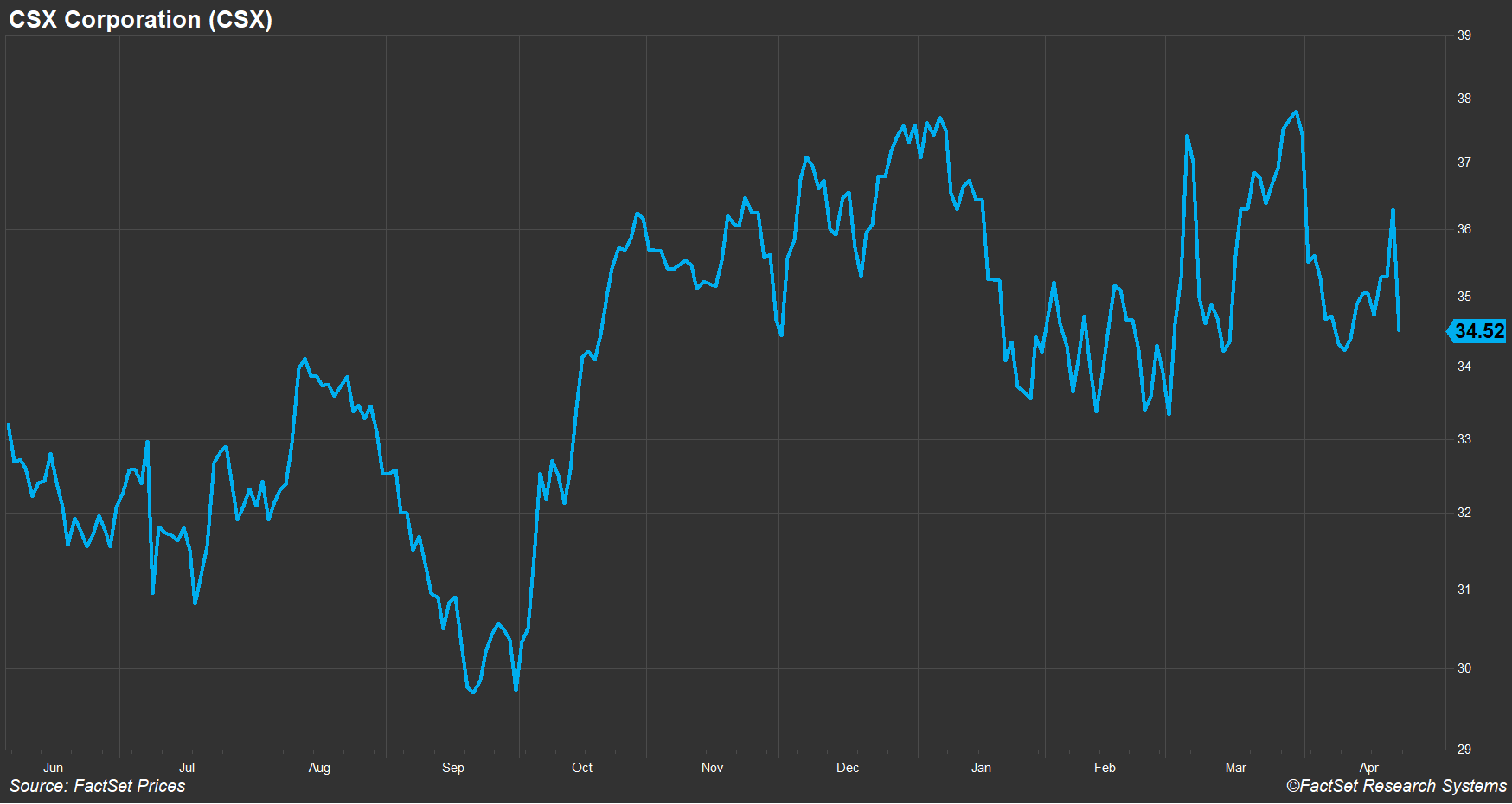 Intuitive Surgical Inc. (ISRG) is another 2021 splitter. The Nasdaq-listed health care stock was a hot name with momentum traders from 2015 through the 2021 highs. After announcing a 3-for-1 split on August 5, 2021, the stock saw an initial rally through early September but then hit the skids. ISRG was caught up in the growth stock selloff last November. It fell about 30% over the ensuing months but rebounded recently to a fresh two-month high. Splits are no sure thing for traders, and other corporate events and macro factors should be weighed when managing risk.

Our final pit stop on the stock split road brings us to Toyota Motor Corporation. Japan’s largest automaker announced a 5-for-1 split on May 12, 2021. Shares indeed rallied on the news. The Nikkei-listed stock rose from ¥1,700 to above ¥2,000 in short order. The stock managed to hit an all-time high in January before the broad market selloff took it lower. Still, that corporate optimism signaled last May appears to have been a true harbinger as Toyota’s value has increased strongly off the March 2022 lows. 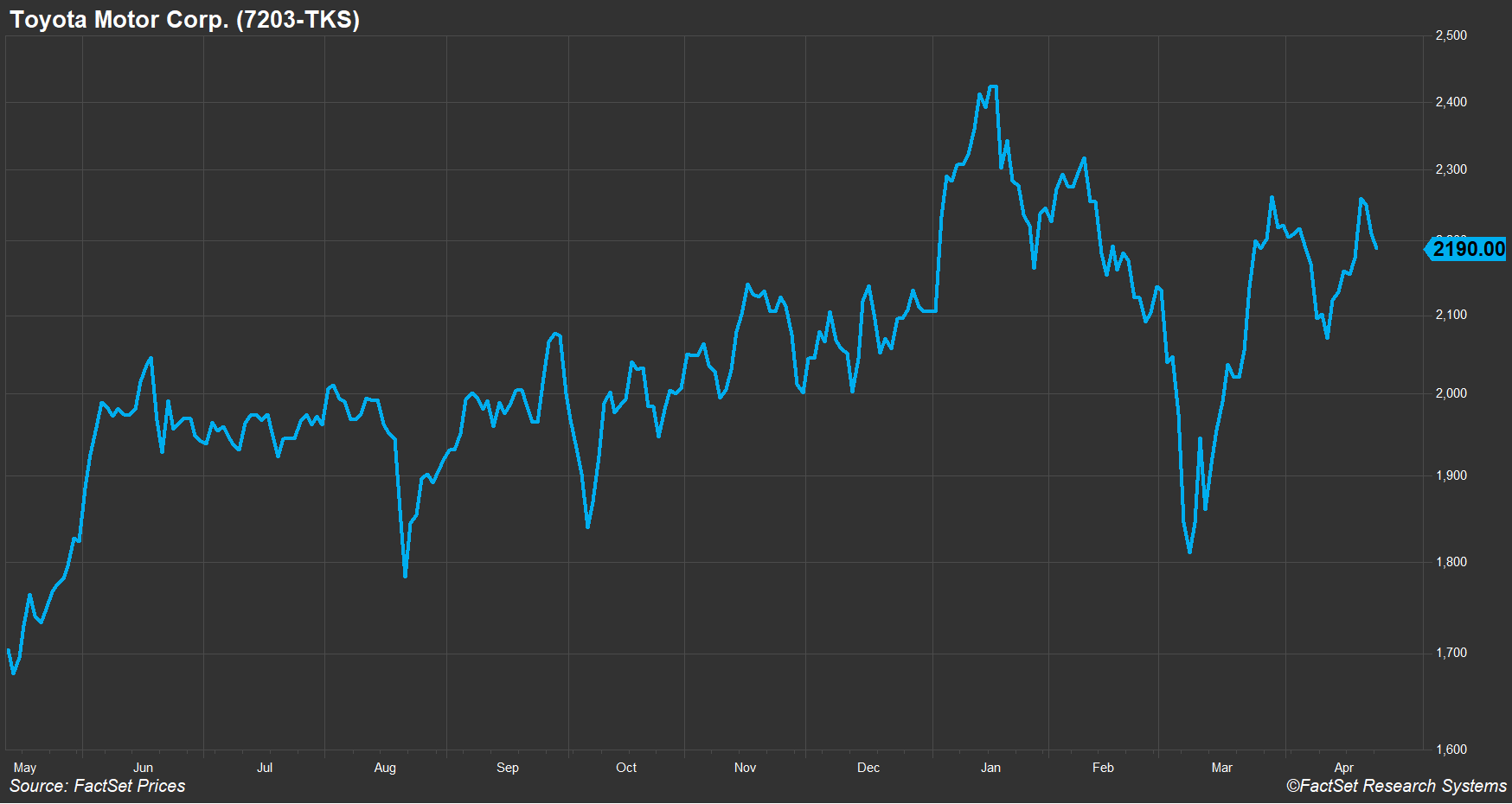 Returns and What to Watch For

It’s common knowledge on Wall Street that stock splitters often exhibit solid performance. Research from Bank of America shows that there is a large abnormal positive return trend among firms that perform a traditional split—using data going back to 1980. More recently, however, performance is mixed. Schaeffer’s Investment Research found that since 2010, returns are nothing to write home about. The bottom line here is that investors should still tread cautiously when it comes to splits.

After a decade of low activity, stock splits might finally be back in fashion. Reverse splits were more common before the post-Covid bull market, but traditional splits have caught up. Splits are one of many pieces of corporate body language that traders should pay close attention to. This earnings season, investors could consider eyeing potential stocks that might announce stock splits—such as those with share values north of $500. After the moves from Alphabet and Amazon earlier this year, and what appears to be a split from Tesla, managers of other companies might feel compelled to take similar action to buoy investor sentiment which has dropped hard this year.

Disclaimer: This blog post has been written by a third-party contributor and does not necessarily reflect the opinion of FactSet. The information contained in this blog post is not legal, tax, or investment advice. FactSet does not endorse or recommend any investments and assumes no liability for any consequence relating directly or indirectly to any action or inaction taken based on the information contained in this article.