As most insurance investors know by now, property and casualty (P&C) insurers have a policy called business interruption that is supposed to do just that: cover the costs when a business is shut down because of a disaster.

Historically, insurers paid these claims because of a hurricane, earthquake, or another natural disaster. Insurers state that this is the purpose of the policy and, in fact, most sophisticated P&C companies have a specific exclusion for a virus just in case a judge—somewhere—deemed it a physical damage coverage. However, some policies don’t have this “virus exclusion” and here is where the risk of payment by an insurer lies. However, insurers have maintained that the business closures from COVID-19 are caused by government health and safety orders, not physical damage.

With the first case going to court in November—and many more likely—insurers will be paying hundreds of millions, if not billions, of dollars in claims. So, how can an investor assess the risk?

Assessing the Risk for Insurers

The National Association of Insurance Commissioners (NAIC) put out a report in October showing where the business is being written. About 43% of policies are business owners’ policies (BOP) that would be included in the commercial multi-peril (non-liability) area of the statutory statement and the other 57% would be included in “Other Liability.” This information shown below is available in the “Exhibit of Premiums and Losses.” Investors can get a very broad sense of the potential exposure (if any) by considering the amount of premiums written in these two lines.

In the case that went to court in November in Louisiana, Judge Paulette R. Irons ruled against a motion for summary judgment filed by Lloyd’s of London underwriters that sought dismissal of a suit filed by the owners of Oceana Grill.

The judge said there is a genuine question of material fact whether the restaurant, located in the heart of New Orleans’ French Quarter, suffered a direct physical loss because of the presence of coronavirus in the environment. She said that a liberal interpretation of covered losses is appropriate in light of Chinese drywall litigation. In that case, federal judges ordered insurers to cover damages to thousands of homeowners in Louisiana, Mississippi, Florida, Virginia, Texas, and Alabama who installed effective drywall that emitted odors and sometimes corroded wiring and plumbing.

“The question of whether COVID is a Covered Cause of Loss is a genuine issue of material fact, and Plaintiffs have alleged its presence at locations surrounding its insured premises, including a hospital,” Irons wrote.

“Whether the Orders prohibited access to the insured premises is also a genuine issue of material fact. The restaurant had to drastically change its operations to exclude sit-down patrons, which was previously the heart of its business, because the Orders restricted their presence in the building.”

According to a COVID-19 litigation tracker though, insurers have been winning most of the cases—as defined by motions to dismiss (MTD). These have been granted almost 70% of the time, as of late November 2020; however, when there is a virus exclusion the MTD has been granted almost 80%. Remember these are just motions—it doesn’t mean that the insurers have lost. It only means that the case is likely to go to trial.

In total, state and federal judges have granted 36 motions to dismiss and denied eight in cases involving policies with virus exclusions. 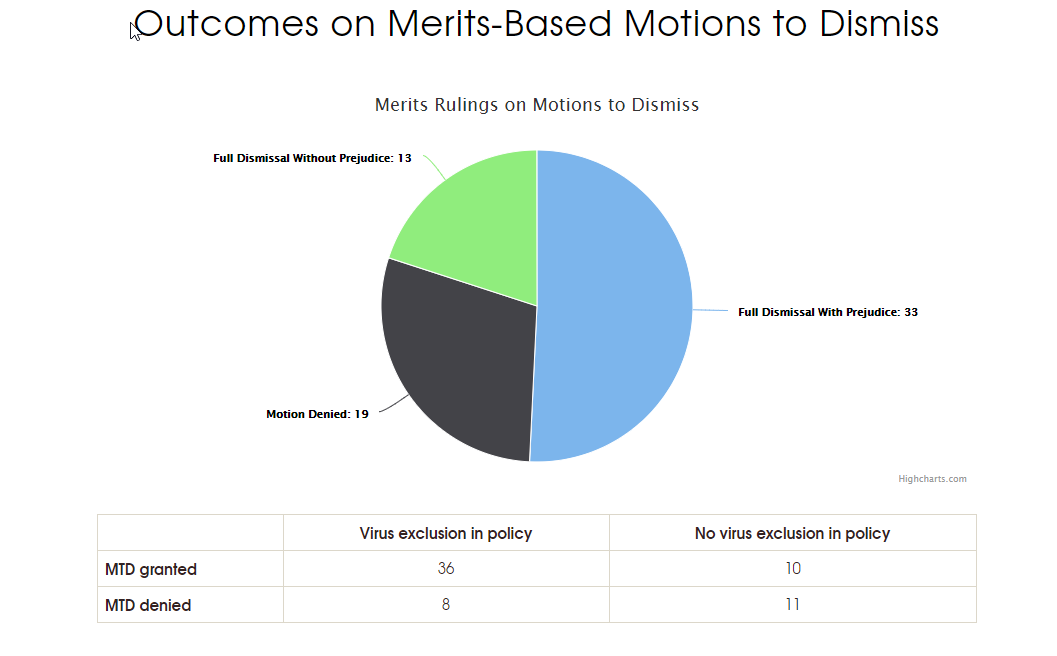 According to the NAIC report, insurers have received over 200,000 claims for business-interruption losses caused by coronavirus orders. Of those, over 164,000 (82%) were closed without payment, fewer than 35,000 (18%) remained open, and just 3,000 were paid. The NAIC also commented that almost 85% of policies have the virus exclusion and almost all policies required a physical loss to justify a claim.

Which Insurers Are Most Exposed?

The insurers that are leaders in small business coverage are the most exposed to claims related to business closures from COVID-19. Most claims are coming from bars and restaurants (representing almost 50% of claims); adding healthcare-related services boosts the share to almost 62%.

According to the University of Pennsylvania Carey Law School’s COVID Coverage Litigation Tracker, the insurers with the most claims—through November 2020—are Hartford Financial Services Group (more than 25% of the top 10 insurers), Cincinnati Financial Corporation (17%), Zurich Insurance Group (16%), and Travelers Companies (8%). These four insurers have had more than 500 cases brought against them.

Property and casualty insurers have more than sufficient capital to pay the most likely scenarios for pandemic claims. As the NAIC has reported, the average paid loss through October was less than $100,000.

However, insurers will likely be subject to significant “headline” risk as more claims are filed, more cases move forward, and new decisions occur. The lockdowns won’t help, but pandemic claims won’t be the bottomless pit that many were worried about in April and May of 2020. 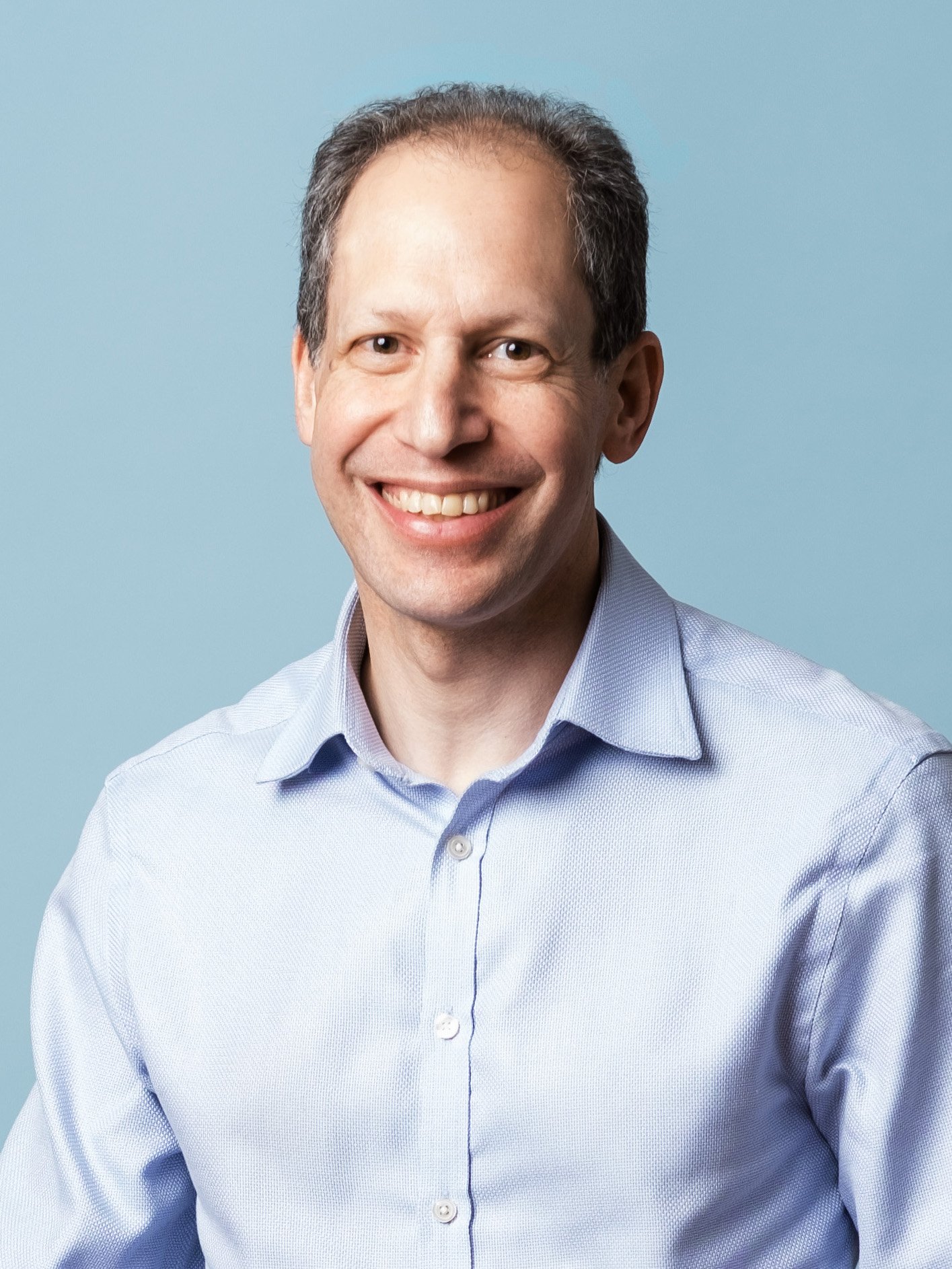