After years of promise and false starts, Canadian LNG is finally on track to provide new demand for Canadian producers. However, it will still be a couple of years before the first cargos leave Canada’s shores. To get there, significant infrastructure adds are necessary, including the building of the terminals themselves and the pipelines to feed them. Today’s Energy Market Insight highlights key projects, both underway and announced, that will allow Canadian producers to further grow production and finally join the global LNG market, thus providing a new demand opportunity with access to international pricing.

Today, Canadian gas production growth is driven by Montney producers seeking NGLs and condensate to facilitate oil sands production, sometimes to the disregard of the local gas prices. We’ve seen this evidenced with AECO price blow-outs to low, and even negative, prices.

Western Canada exports flow to the US through two primary corridors: the Pacific Northwest (“PNW”), and the Midwest. BTU estimates effective capacity for the PNW corridor is ~4.2 Bcf/d traveling across two pipelines. Capacity for the Midwest corridor is ~4.7 Bcf/d across four pipelines. The charts below show that in the PNW, available winter capacity for additional exports this year fell to around .2 Bcf/d, or around 5% of total capacity, meaning that the pipes were 95% full. In the Midwest, summer utilization in the corridor was 85%. More simply put for this part of established demand, Canadian gas has reached its limit. 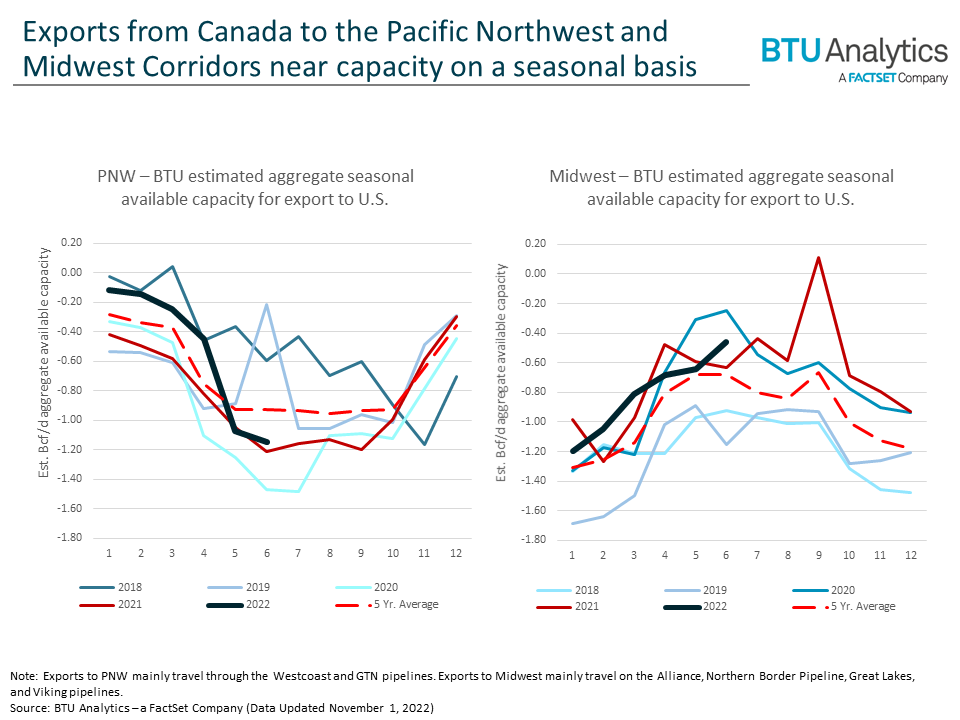 There are several infrastructure projects underway and announced that are necessary for growth in production and demand. The table below highlights the most important ones. Also included are a couple of key projects that facilitate new production. 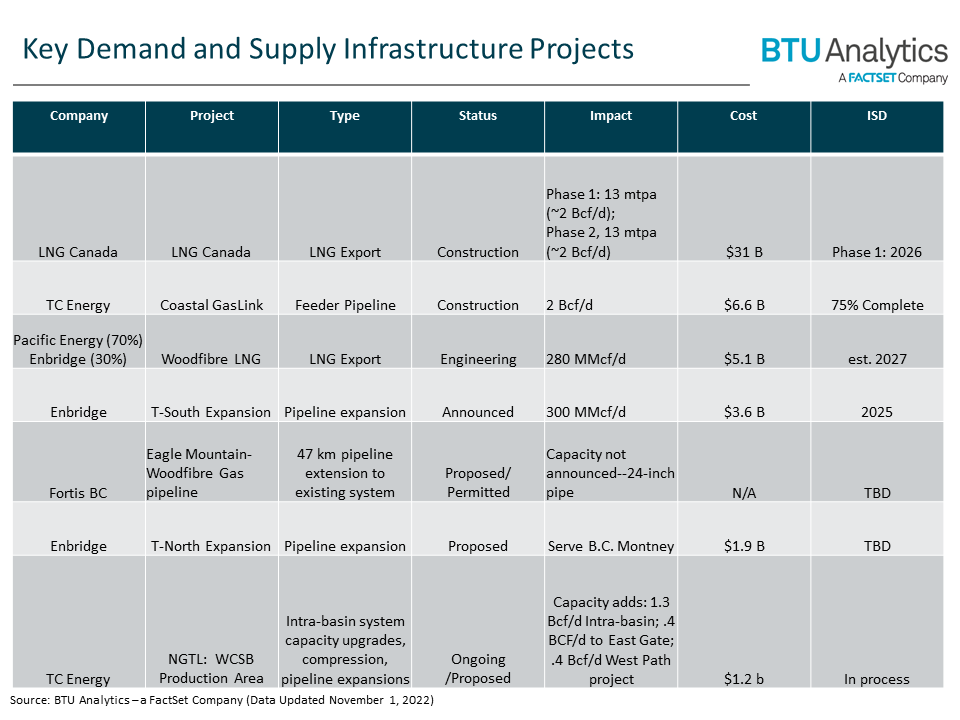 LNG Canada in Kitimat BC is under construction, and the first two trains will have the capacity to produce 13 million tonnes per annum (“mtpa”), or ~2 Bcf/d. Phase 2 would add another two trains, bringing total capacity to 4 Bcf/d. Initial production from Phase I is expected in 2026.

To feed this terminal, TC Energy is building the 670 km long Coastal GasLink pipeline from the BC Montney production area to Kitimat to deliver 2 Bcf/d. The pipe is 75% complete according to TC’s website.

Also, Pacific Energy Corporation and Enbridge have announced an agreement to jointly invest in the Woodfibre LNG project located near Squamish, BC. The project has secured two offtake agreements with BP Gas Marketing for 15 years, representing 70% of output. Additional talks are reportedly underway for up to 90% of its 2.1 mtpa capacity, or .28 Bcf/d.  In-service is expected in 2027.

Woodfibre will obtain feedstock through Enbridge’s announced .30 Bcf/d of its T-South pipeline in southern BC. Enbridge plans on submitting its application for the upgrade in 2023. Fortis BC is also proposing a 47 km extension from its existing local system to service Woodfibre.

The LNG facilities and associated infrastructure will add ~2.5 Bcf/d of incremental demand by 2027. BTU Analytics expects this increase will be met through incremental supply growth from the Montney, which will keep exports to the US strong and AECO prices weak.

For more of BTU’s views on upstream activity across North America, request a copy of our Henry Hub Outlook or Gas Basis Outlook. 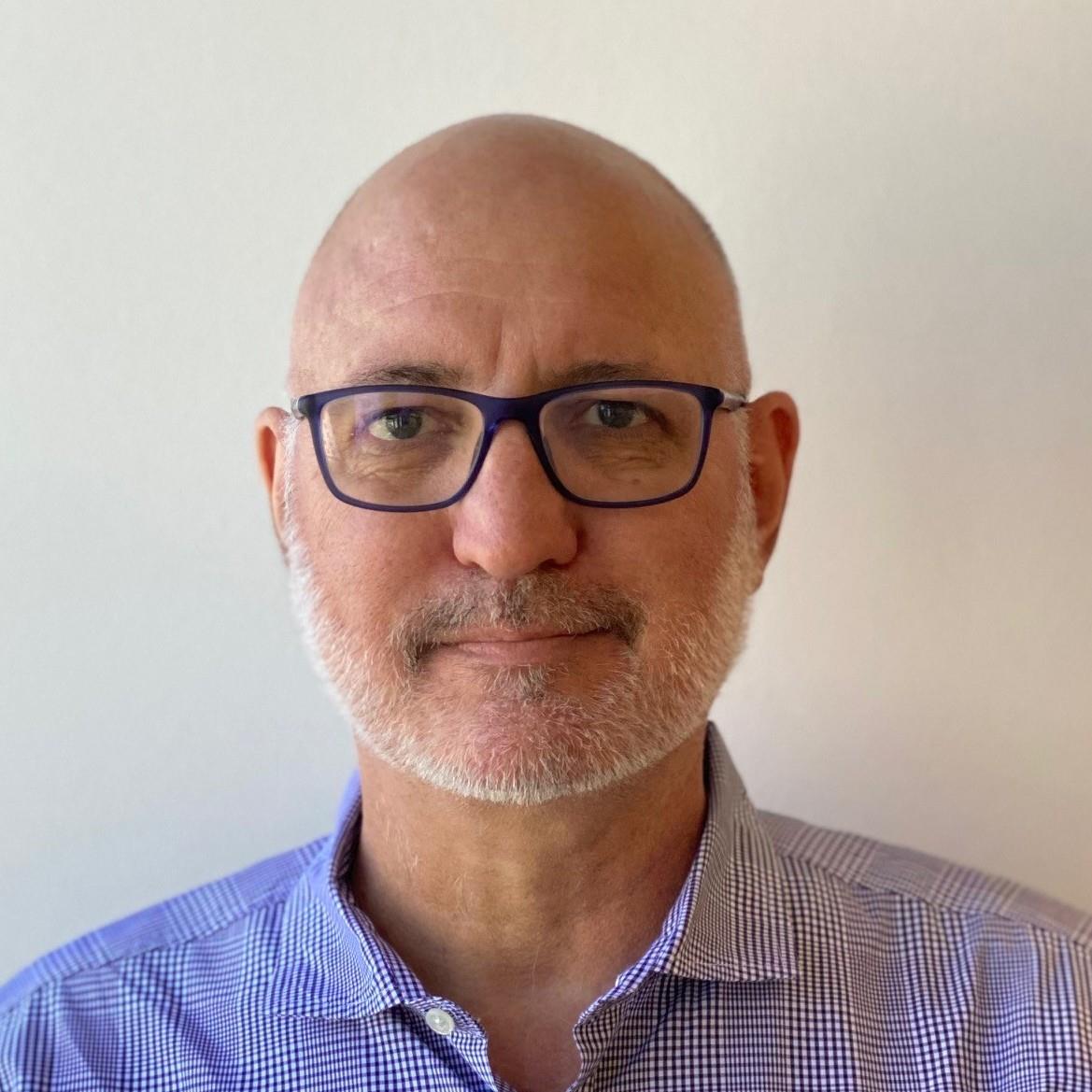 Mr. Paul Rupp is the Head of Natural Gas Fundamentals, North America for BTU Analytics – a FactSet Company. He holds a J.D. from the University of Kansas.