On November 8, voters in the U.S. will elect a new president and a new Congress, with control of both branches of government at stake. During each corporate earnings season, it is not unusual for companies to comment on domestic or international events that impacted their earnings and revenues for a given quarter, or may have an impact on earnings and revenues for future quarters. Given the unknown results of the upcoming election, have companies in the S&P 500 been commenting on the election during their earnings conference calls for the third quarter? How concerned are S&P 500 companies about the election?

To answer this question, FactSet searched for the term “election” in the conference call transcripts of the S&P 500 companies that have conducted third quarter earnings conference calls through November 2 to see if the term was mentioned during the call. 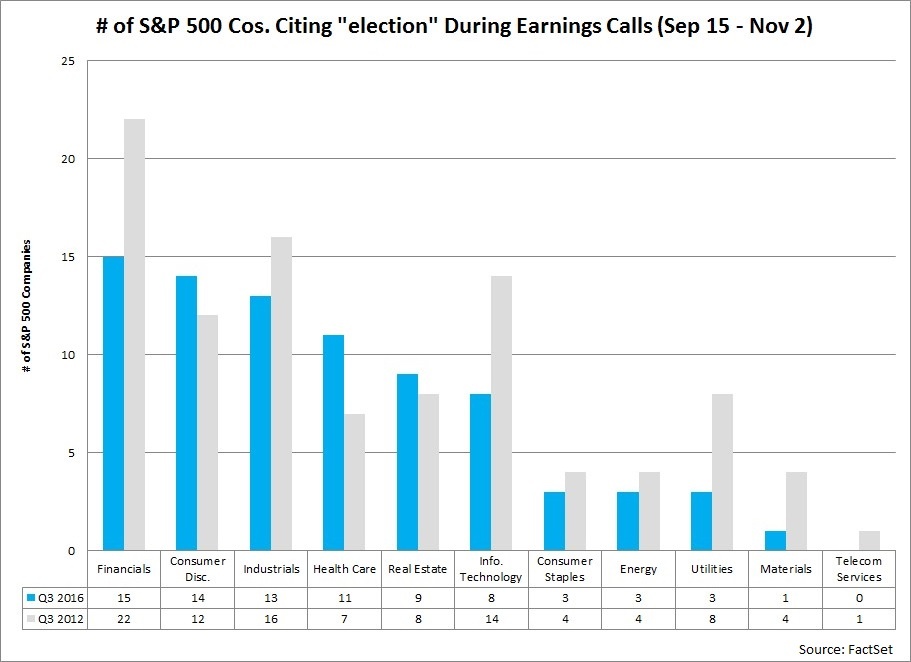 What Do the Mentions Mean? 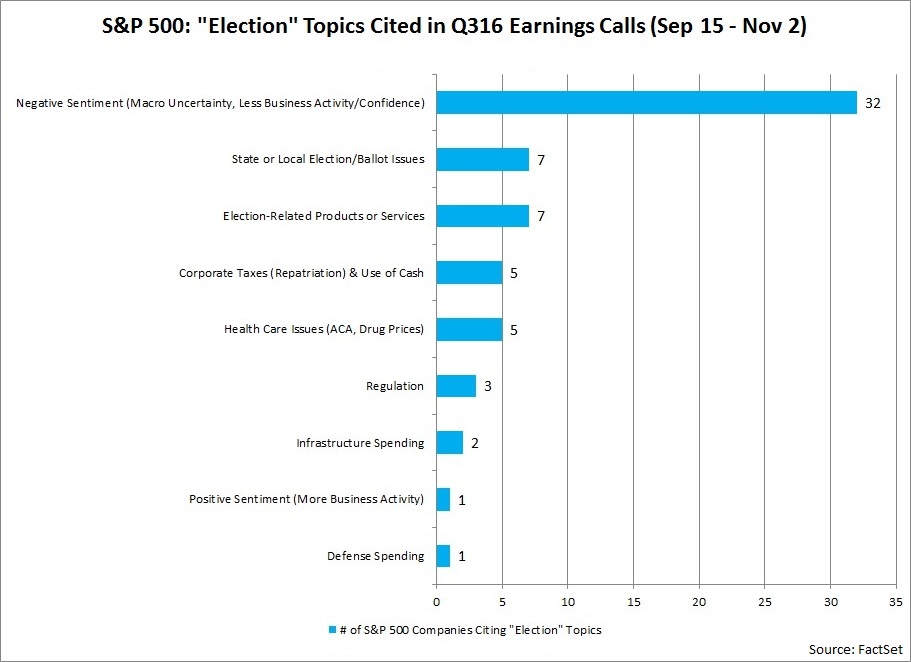 As of today, the S&P 500 is expected to report (year over-year) earnings growth of 27.6% for the third quarter.