Like many of you, I have found my mind wandering as we wrap up the second quarter and look ahead to a well-deserved summer holiday. In my last post, I used an oenological analogy to compare the fixed income market to something between a rare vintage and sour grapes.

With the summer blockbuster season upon us, I thought I would use two childhood classics (the original blockbusters if you will) to describe the current fixed income market environment. Please humor me as I take some liberty.

Monetary policy continues to position global markets for a Goldilocks scenario. I know what you’re thinking, “Pat, are you mental? Growth needs to accelerate in order to make country ABC great again!” Could growth be higher in G8 economies?

Certainly. . . but look at everything that has happened! In general (Canadian housing aside), things are neither too hot nor too cold. They are just right.

In the U.S., we saw a second rate increase from the Federal Reserve. This was expected and priced in. I expect the Fed to hold off on a third increase until the fall. More important than the rate hike was the announcement of the Fed’s plan to normalize the balance sheet. Many have cried wolf around the hike and the unwinding of QE. To them I say, “Check the porridge again.”

Yes, the yield curve is flattening while recent inflation numbers have been soft. However, we are far from a recession-signaling inverted curve. The over-communication from Team Yellen is a complete 180-degree turn from what is seen elsewhere inside the Beltway. We are at full employment and wage gains seem to be sticky (if not overly impressive). These moves position the Fed to act appropriately in the event of a future crisis. For perspective, the plan to unwind represents 25 basis points of the balance sheet every month to start. Like good barbecue, it’s low and slow. 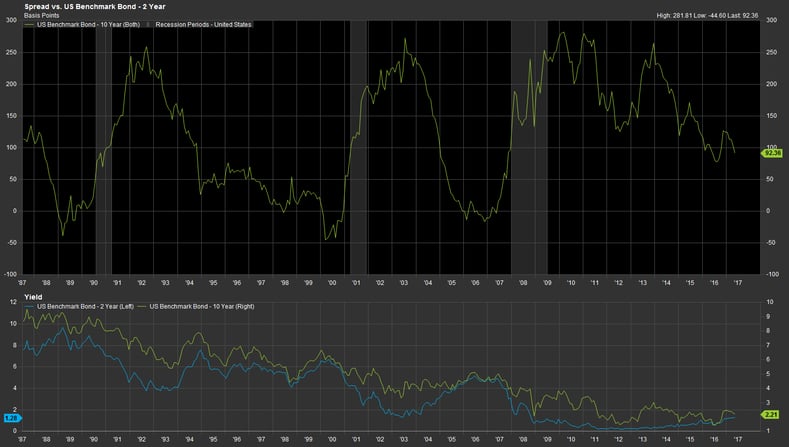 This Goldilocks environment is seen in the U.K. and eurozone too (at least for now). Inflation in the U.K. remains above the Bank of Europe’s comfort zone; however, job growth, the demand for exports, consumer confidence, and fiscal uncertainty prevent potential tightening from occurring. In the eurozone, the party continues with ZIRP and QE policies remaining unchanged. Inflation is trending up, but still remains below the ECB’s 2% target. While Draghi confounded the market a bit heading into quarter end, I see the ECB’s over-communication as supportive of risk assets.

Politically, things in the eurozone are trending up. France is rallying around Macron, with the OAT-Bund spread narrowing to reflect the feel good vibes that a charismatic, if inexperienced, administration is creating. Italy has also gotten into the game, with anti-establishment party Five Star suffering setbacks in local elections. While German elections in September may deliver a leadership change, the potential trade from Merkel to Schulz is unlikely to roil markets. This rejection of populism is a tailwind.

What does all of this amount to? A transparent path towards stable, if somewhat lackluster, growth and an environment ripe to thrive should fiscal policy respond accordingly.

Not all is coming up roses though. There has been little to no fiscal response to exploit such an advantageous environment. However one wants to define the news cycle surrounding the administration in Washington (and as an expat living abroad, I have heard many, many definitions), it is impossible to ignore the notion that the window for meaningful infrastructure spending or tax reform seems to be closing rather quickly. Which is a shame.

A similar story is unfolding in the U.K., where a bungled power grab has led to a minority government on borrowed time. Forget “winning” Brexit negotiations, whatever that means. Determining who is keeping the lights on is struggle enough today. Just because the wolf lacks competence does not mean that he is not lurking in the shadows.

While the eurozone is a bright spot, questions abound. Can Macron rally the country around his ideas in the face of record low turnout? Will the Italian bank situation remain a leaky faucet or devolve into a raging torrent? Moreover, what about Greece, it is about time for a sovereign debt crisis on the periphery, right?

The Moral of the Story

U.S. Treasuries have run up, with the 10-year yielding 33 bps less than the March 2017 high (this is after a 17 bps increase in the final week of the quarter!). The German curve remains negative at the front end, but the steepening seen supports the recovery story. Gilts have rallied as a safe haven asset, despite a slight reversal in the 10-year at quarter end. 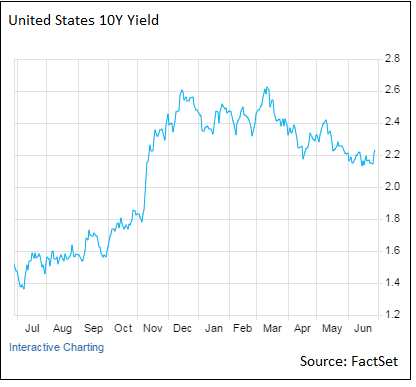 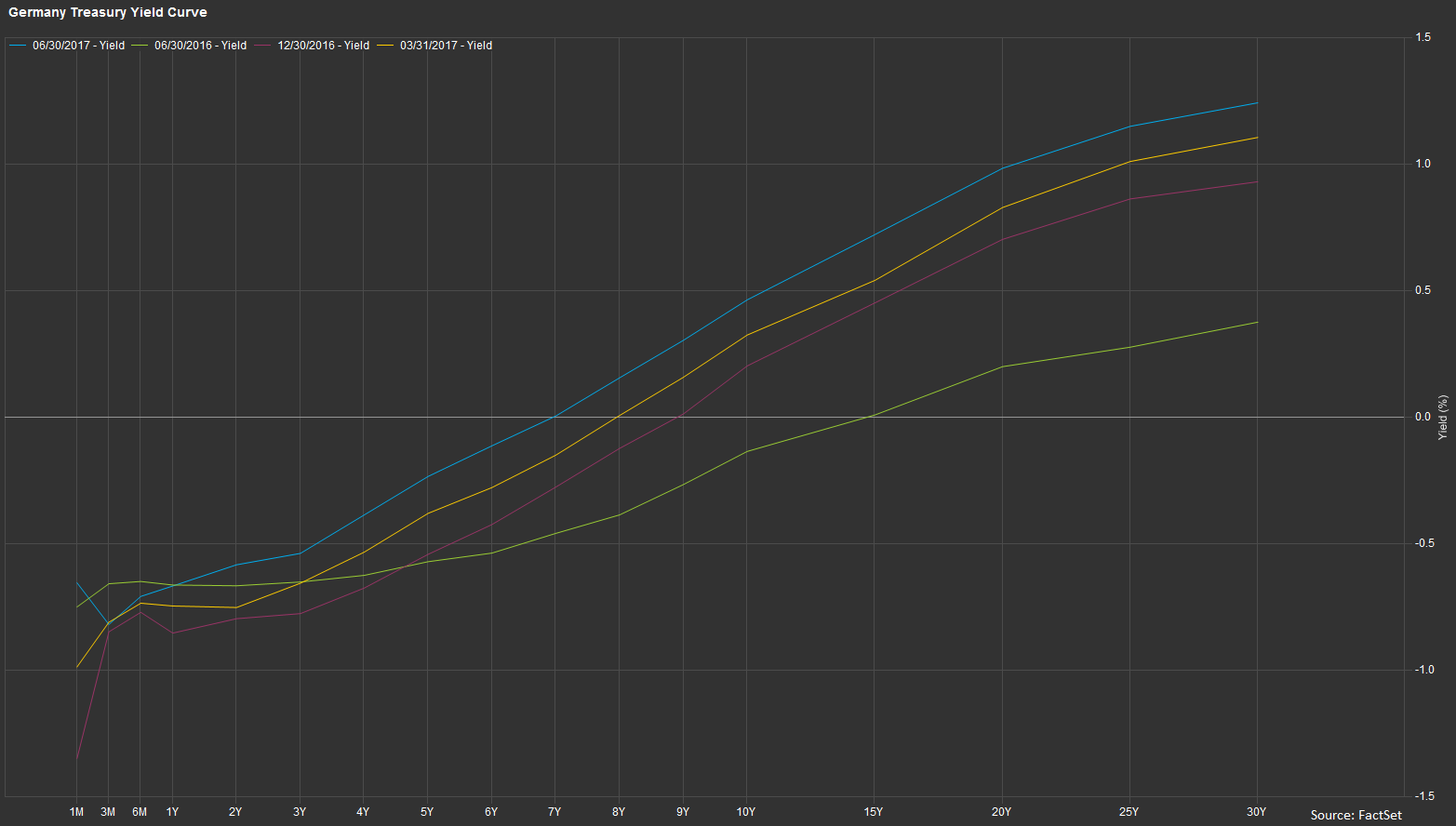 Emerging market and corporate debt continue to thrive in this environment, although high yield appears rich relative to investment grade. Remaining liquid with an eye towards potential inflation and currency volatility should allow a fixed income investor to capture yield and act tactically as needed should the wolf rear its head in the coming months. 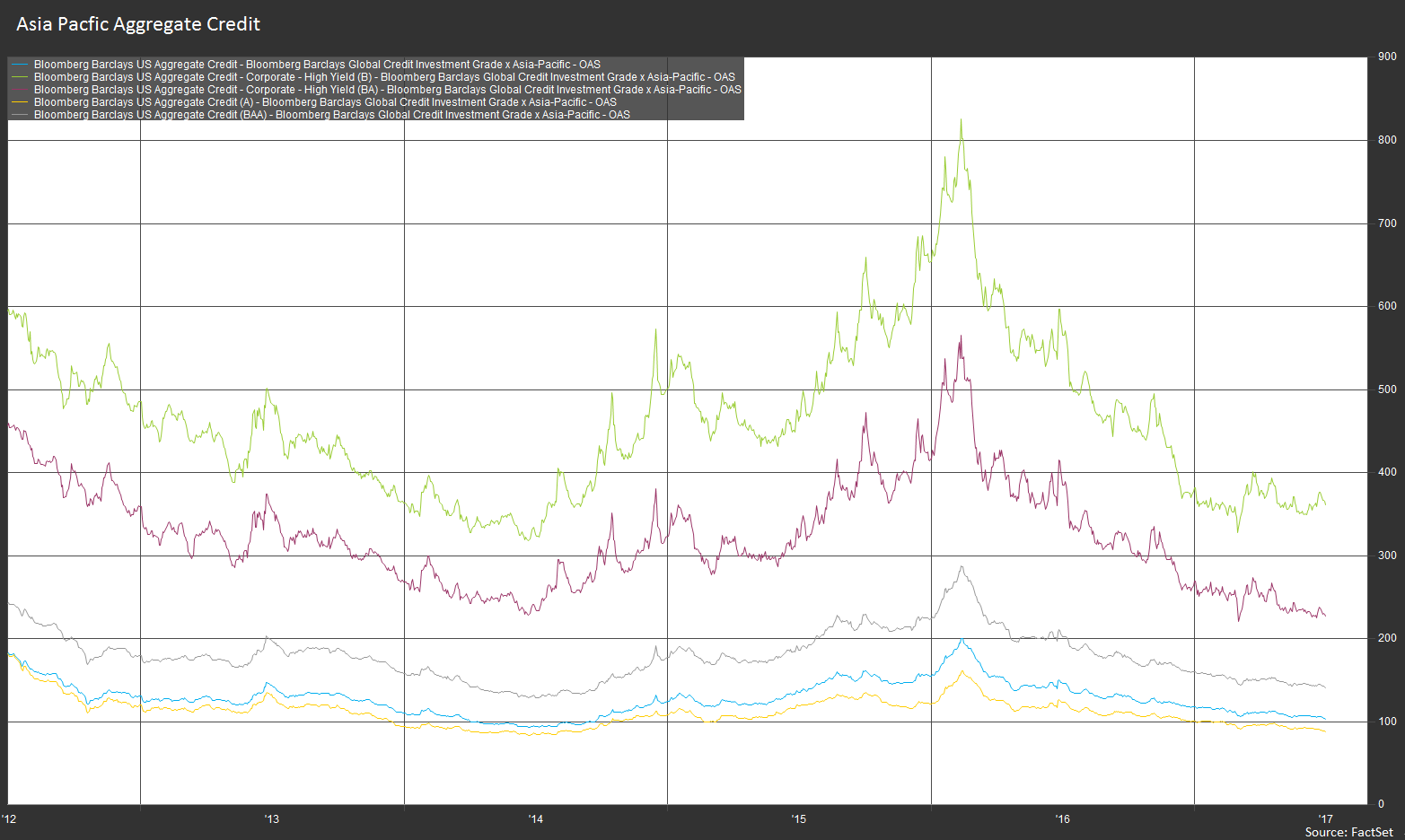