For Those Watching, Sentiment Data Warned of Facebook Woes

As we entered 2018, there were few indications Facebook’s stock would do anything but continue to appreciate. But the social media giant’s recent problems with now-defunct Cambridge Analytica allow us to examine the impact of bad press on the stock and overall value of a company and to look for signals that could have warned investors before news broke.  With the help of sentiment data, savvy investors may have avoided Facebook’s nearly 18% price drop between March 16 and 27 of this year.

Automating the Analysis of News Stories to Generate Sentiment Indicators

One company in the budding analytics industry of sentiment data, Alexandria, identified the potential warning signs days before news broke. Alexandria employs hundreds of analysts to read, analyze, and assign sentiment scores to thousands of news stories. Those analyst-generated scores are then used to build an engine that can analyze current news stories and produce daily aggregate sentiment scores that represent the broad market perception of a company. While an analyst can only read 100 stories a day, the model can assign scores to millions of stories in a fraction of the time.

According to Alexandria’s data, the news sentiment surrounding Facebook in the days leading up to its scandal had an overall negative score, at times surprisingly negative relative to the stock’s performance.  Highly negative sentiment surrounding Facebook appeared as early as March 5, 11 days before the Cambridge Analytica fallout began, and continued up to and throughout the related selloff. 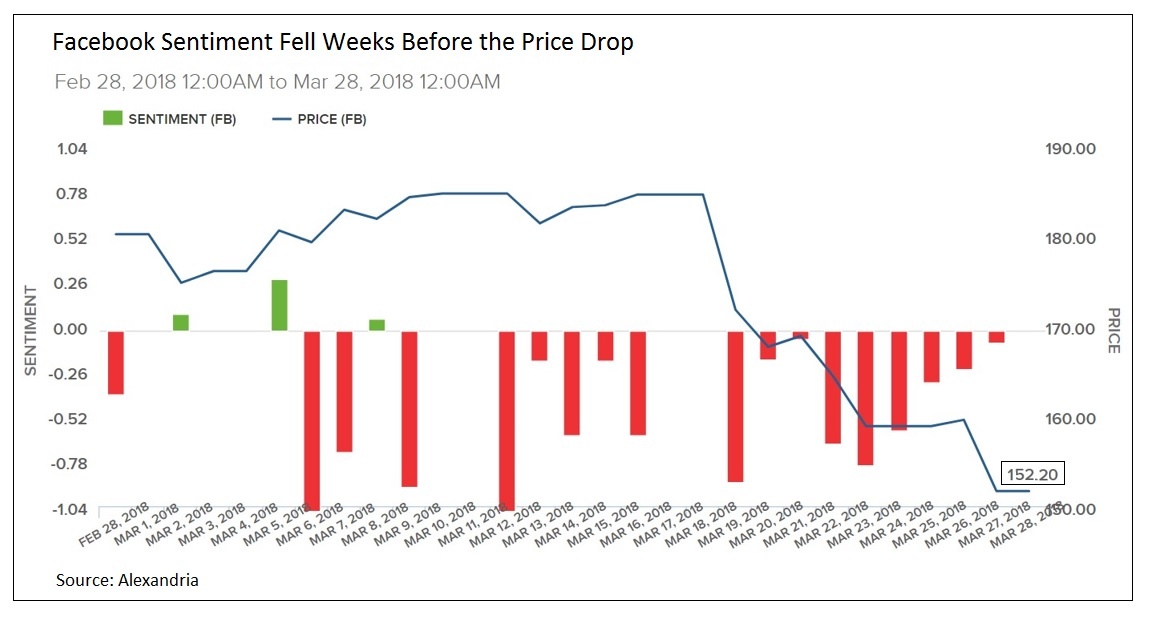 The increase in negative sentiment alone does not mean that a stock price is going to fall, but it should raise some alarms. Among the news stories that caused this negative sentiment rating were a Barron’s blog discussing a Facebook lawsuit, a Morning Report article about substantial insider sales at Facebook, and a Barron’s article about big stock sales surrounding the tech industry. When taken individually, none of these would necessarily point to a potential selloff, but as a group they create a sentiment score that could alert investors to find, for example, that insider stockholders sold more than $1 billion worth of shares during the previous five months.

Growing Use of Sentiment Data in the Financial Industry

The investment community, especially quantitative traders, has begun to turn to sentiment as a short-term indicator, along with fundamental and estimate data, to understand the overall health of a company. This data is already being used by quantitative hedge funds to make investment decisions because of the speed and accuracy with which sentiment data can predict price movements.

With the growth of available data, there needs to be comparable growth in the way we ingest and analyze that data. Sentiment analysis offers a solution. In the time it takes a trained analyst to read just one article, sentiment data analytics can read millions of stories and assess the same sentiment with growing accuracy, giving investors an informational edge in their analysis. 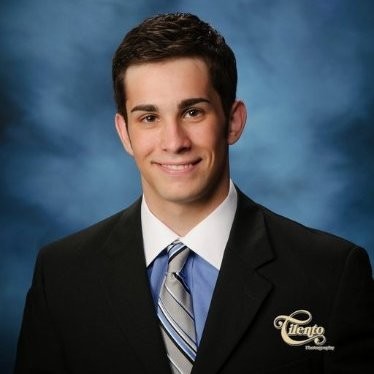 Jonathan joined FactSet in 2017 and is based in Boston.

Distribution (or Showcasing the Secret Sauce)

Our final piece takes on the theme of distribution; the full series can be downloaded here...

A Deeper Look at Liability-Driven Investment

As the industry has evolved, specialist groups have emerged across asset managers and consultants, with the goal of actually...