Over the past three years the MSCI EMU Small Cap Index has been outperforming the MSCI EMU Large Cap. Investors interested in European stocks might focus on small cap companies to generate alpha, but what if you have a mandate to invest in large cap companies only?

This article investigates the possibility of generating alpha from a top-down perspective by looking at the performance of top and bottom fifty companies with respect to their revenue exposure to eurozone, U.S., and Asia.  While this analysis is not intended as investment advice, the findings help highlight the potential hidden in a top-down approach to stock selection based on growth rate of certain economies at different times. 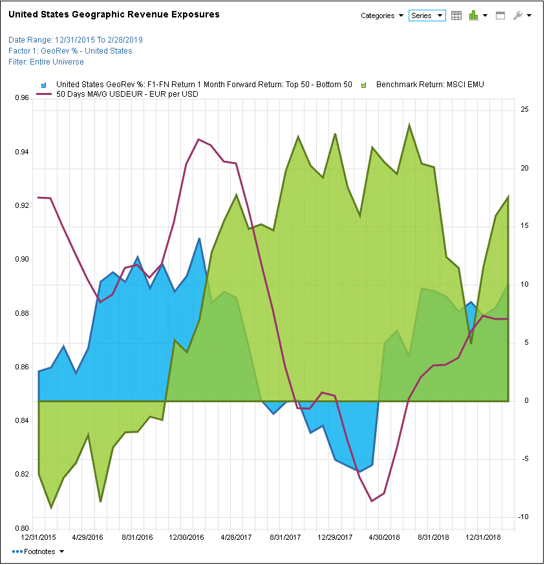 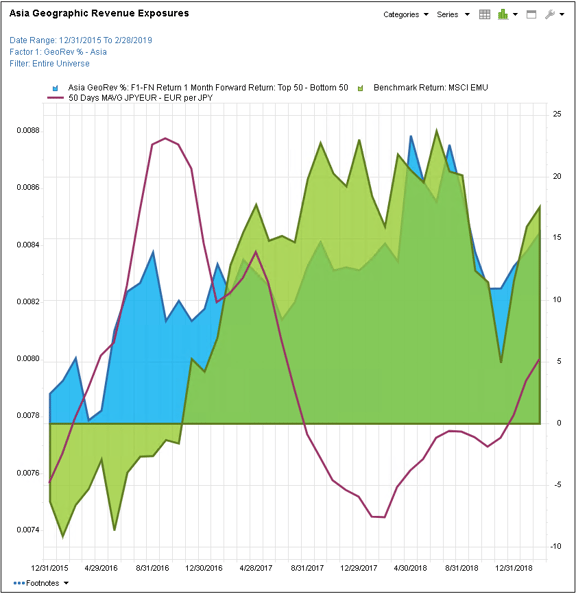 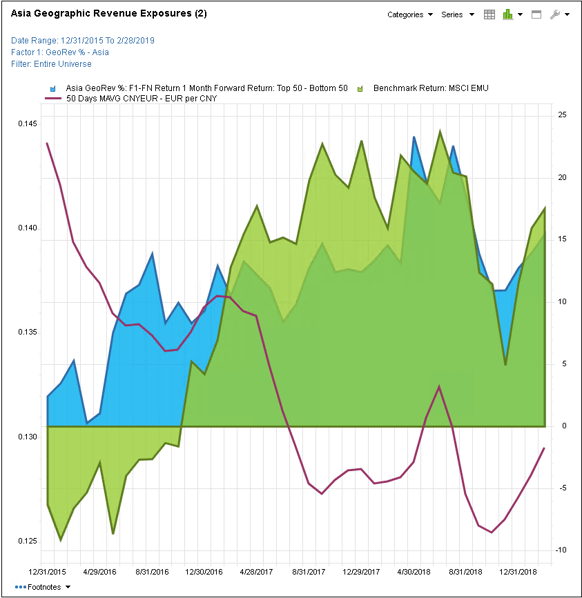 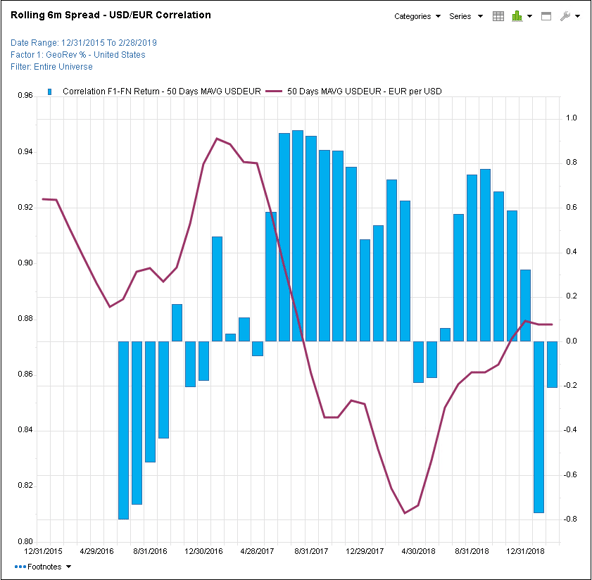 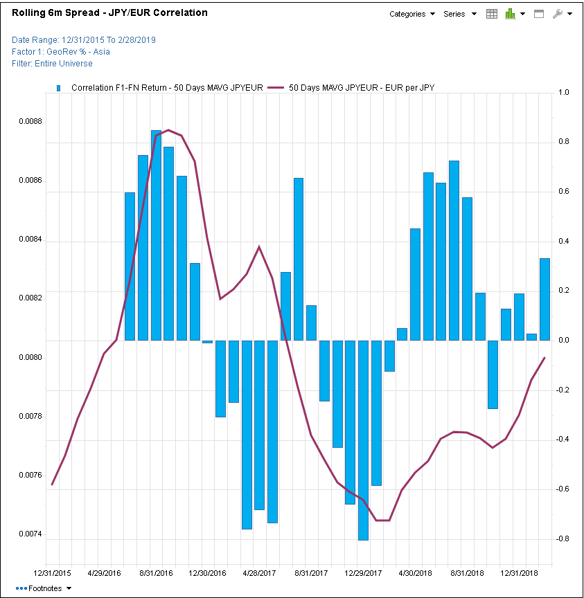 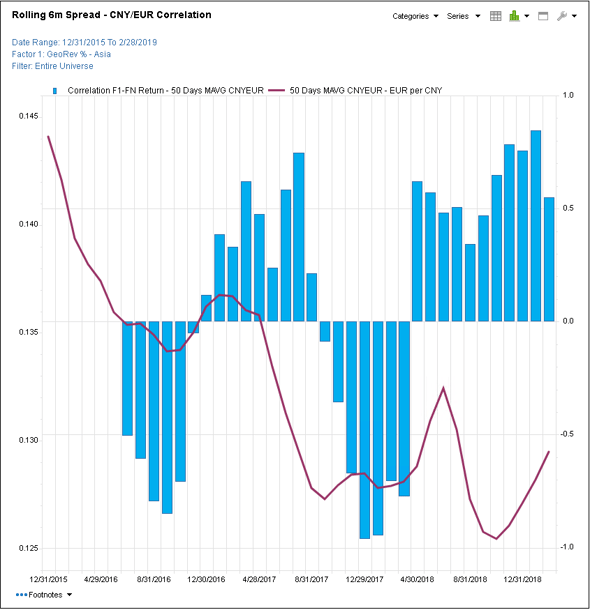 With these results in hand the original question can be evaluated; is it possible to outperform the MSCI EMU Small Cap index by investing in certain Large Caps?

The answer appears to be yes. There seems to be an opportunity to generate more alpha by using regional or country economic growth indicators such as GDP growth estimates (as shown in Chart 8) to identify economies that are expected to do well within a defined timeframe and then identifying companies with high revenue exposure to these economies.

Applying this strategy to a standard investment universe, MSCI EMU index, and equal weighting the fifty companies for simplicity, the portfolio outperforms the benchmark as shown by the red line in Chart 9 below. 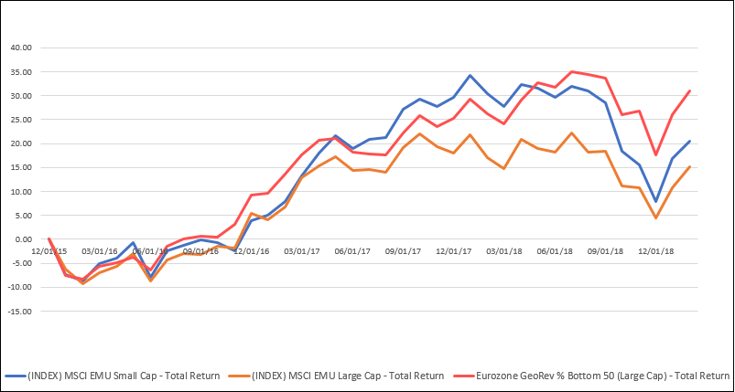 FactSet RBICS with Revenue, which classifies each of a company’s segment revenues (rather than whole companies), can be used to ensure there’s no sector bias. As shown in Chart 10, the revenues generated by our portfolio companies are well distributed across multiple sectors

The results are compelling both from an alpha generation perspective as well as for risk factor analyses such as exchange rate fluctuations. To summarize, this exercise demonstrates how a simple factor such as geographic revenue exposure can be used in combination with your own macro views to help identify companies with potential for outperformance. Similarly,  the same approach can be used to reduce the risk of drawdowns caused by portfolio companies’ hidden economic exposures.

Christian joined FactSet in 2012 and is based in Frankfurt.

Webcast: Combining and Integrating Disparate Data in the Cloud with Snowflake

In this post, I use the 2iQ Research Global Insider Transaction dataset to test the influence insider transactions have on future...

We are moving to a world dominated by themes such as machine learning, artificial intelligence, custom application, digital, and...

News flash: APIs are as ubiquitous as Starbucks and will be here to stay.