MENA Reversion: The Roots of Current and Future Trends in Emerging Markets

The recent break in the years-long trend of the “everything rally” across markets means that strong portfolio performance might be harder to come by rather than being a given. This will cause investors to look elsewhere for alpha, whether it be different markets, focuses, or geographies. With that in mind, we examined emerging market datasets within Cobalt Market Data to see which of these markets has been most popular, by both total number of funds as well as fundraising amount. 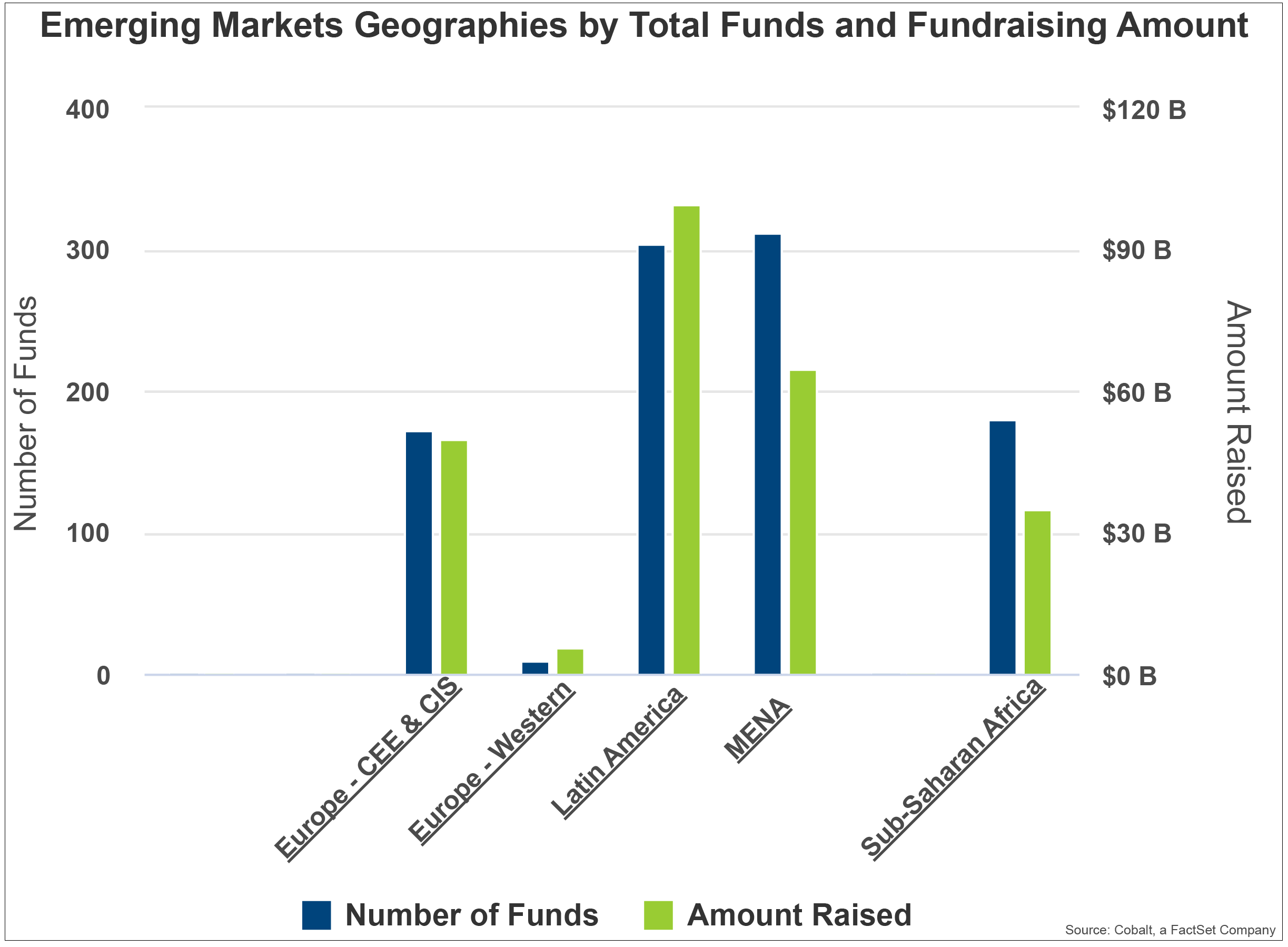 Note: Cobalt Market Data does have an Asia-Emerging classification, but this segment has been removed from this analysis due to being an extreme outlier among the markets in both metrics.