Lower and more volatile power prices over the past decade have put traditional thermal generation under increasing economic pressure. The poster child for that scenario has been coal generation, (although remaining plants are becoming increasingly inelastic) with more than 120 GW retired in the last decade, though not even gas generation is immune. Nuclear units have also felt that pressure, although nuclear offers one benefit over both coal and gas that is becoming increasingly favorable: zero emission generation. As such, today’s Energy Market Insight will look at the US’ nuclear fleet, their potential license expirations, and what it means for natural gas power burn.

Traditional, large-scale nuclear generation in the US seems to be a thing of the past. After cost overruns and five plus years of delays at Southern Company’s Vogtle facility, the US’ latest large-scale nuclear generation project, a huge shift in sentiment and market structure would be needed to incentivize another large-scale facility build. However, the US has nearly 100 GW of operational nuclear capacity, with the overwhelming majority in the Eastern Interconnection as shown in the map below. 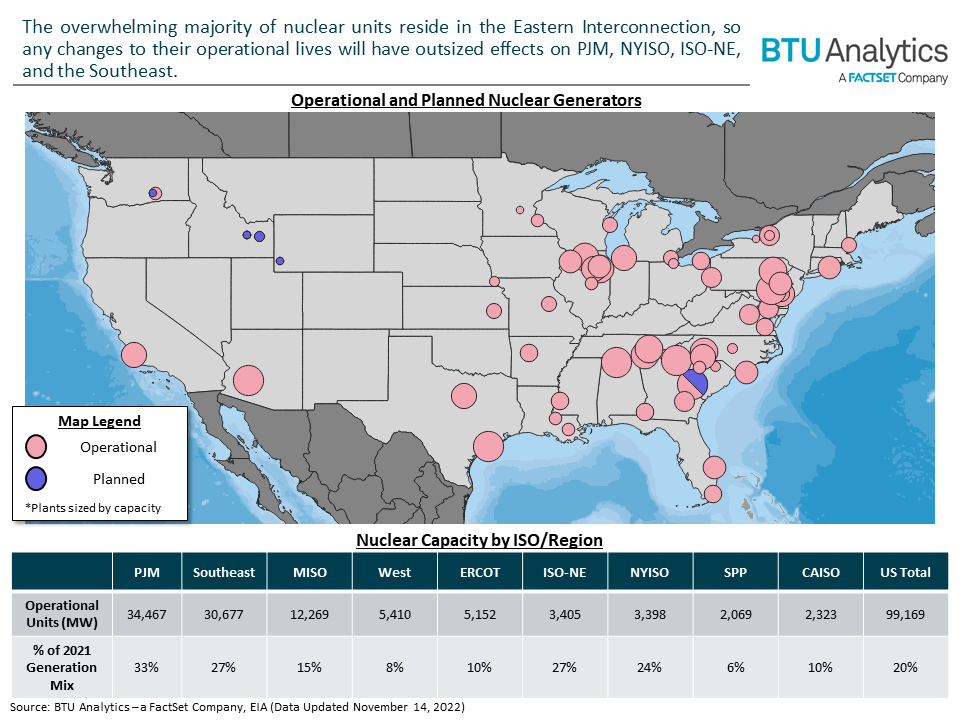 When these plants initially came into service, they were granted a 40-year operation license by the Nuclear Regulatory Committee (NRC). However, with the average age of the US’ operational fleet at 41 years, those initial licenses needed to be extended. Operators can apply (and almost all have) for an initial renewal that extends a plant’s license by 20 years. But even that extension did not prove sufficient, so the NRC opened up applications for a subsequent license renewal (SLR), providing for an additional 20 years of operations. The graphic below shows expiring US nuclear capacity by license, with most of the US’ capacity having applied for a license to operate through the mid-2040s. 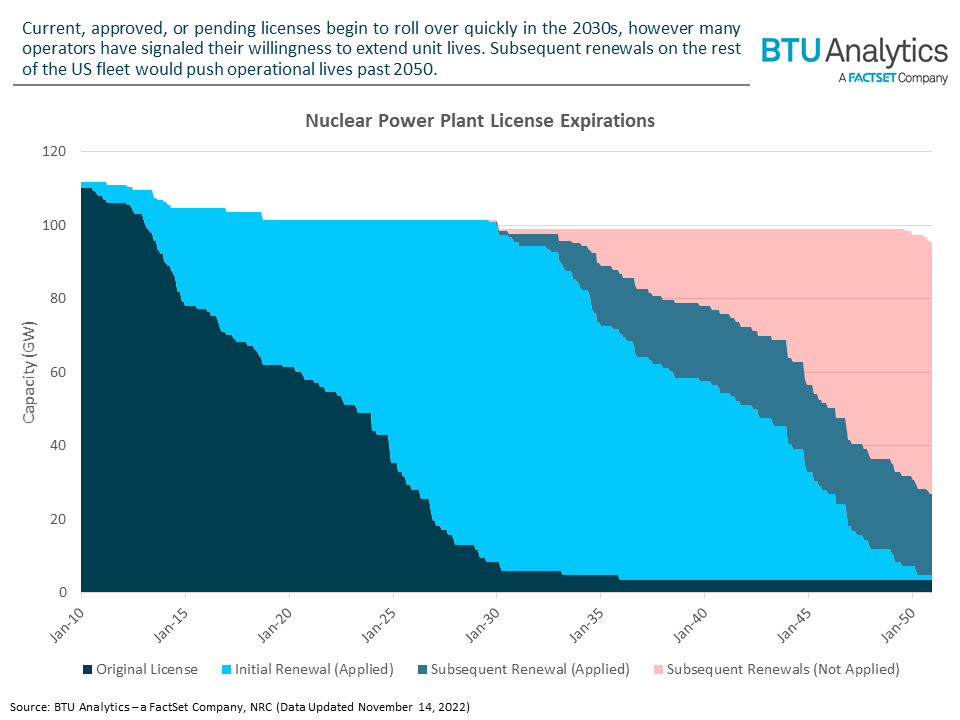 The red-shaded area above shows capacity that has not yet applied, however that area is likely to diminish, as many operators have signaled they intend to seek SLRs for their fleets. The latest being Constellation, which, after filing applications to extend operations at its Clinton and Dresden facilities, said in its latest earnings call that it hopes to seek SLRs for its entire fleet, thereby extending the entire fleet’s licensed operations well passed 2050.

Nuclear facilities provide consistent generation with a capacity factor around 90%; a feat hard to match with intermittent wind and solar generation. This makes natural gas the likely candidate to backfill nuclear plant retirements as was observed in NYISO after Indian Point’s last two units retired in 2020 and 2021, respectively. While license extensions do not guarantee a plant will stay operational, they do not bode well for natural gas-fired generation in the long-term. The top chart in the graphic below shows the US’ nuclear generation in terms of natural gas equivalent. While nuclear generation has fallen slightly in the past few years, it still represents the equivalent of 14 Bcf/d of natural gas power burn. 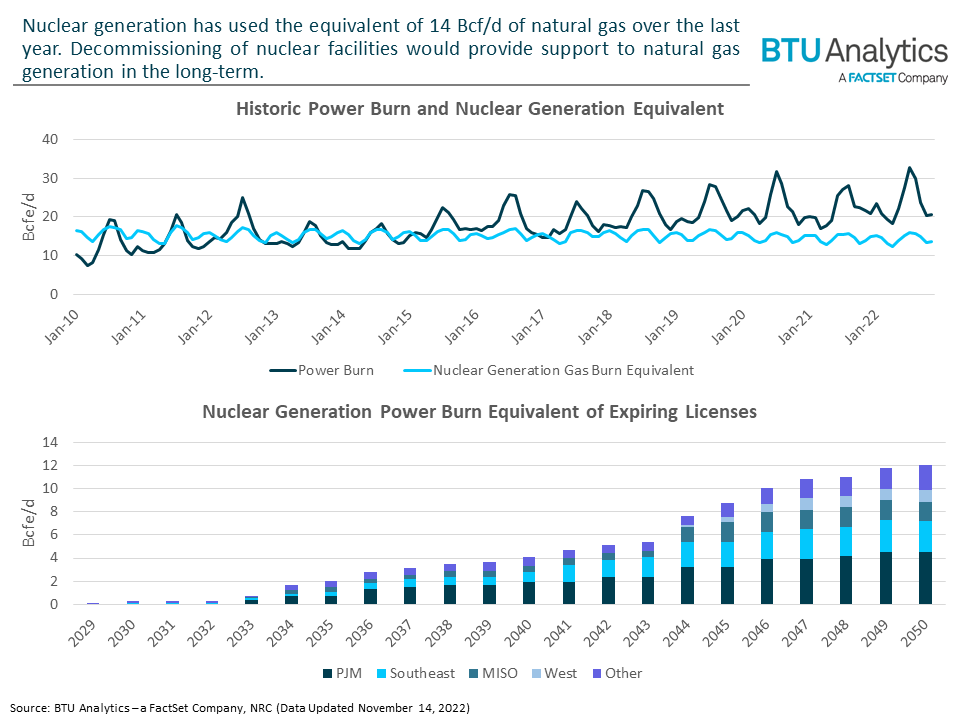 Natural gas-fired generation is facing multiple headwinds, from the growth of renewables and battery storage to the limits of natural gas midstream development. However, for those looking to make a bullish case for natural gas power demand in the long-term, nuclear decommissioning has been a bright spot. The shift in sentiment both at a state and federal level towards nuclear generation will likely temper that optimism as the industry seeks ways to decarbonize. With continued nuclear generation, those looking for the upside to gas should turn towards the continuing decline of coal generation, as well as long-term load growth driven by electrification and other decarbonization efforts. We’ll explore these topics, and more, in future Insights.