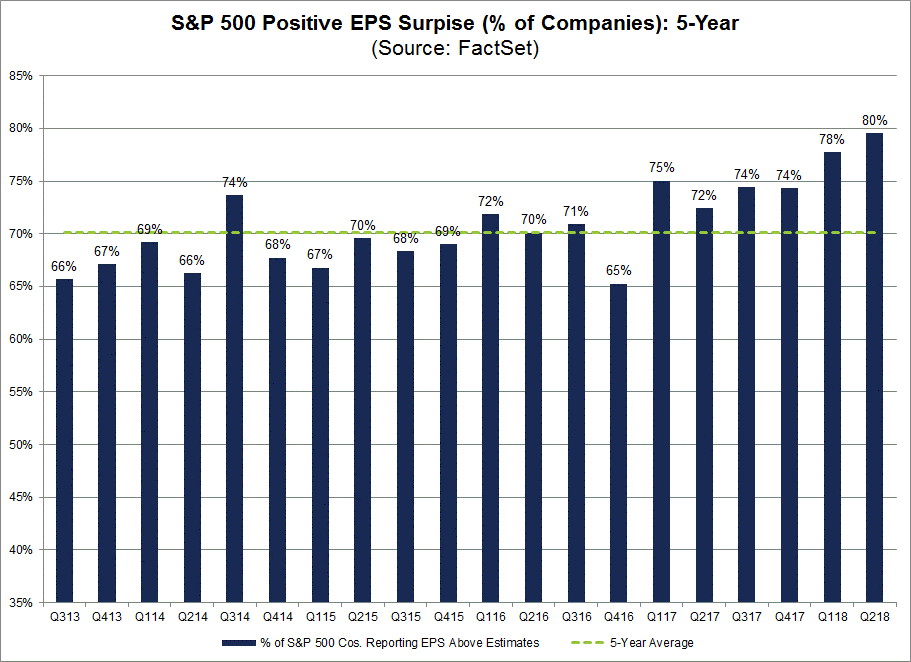 At the sector level, the Telecom Services (100%), Health Care (94%), and Information Technology (90%) sectors had the highest percentages of companies reporting EPS above estimates. In seven of the 11 sectors, more than 80% of companies reported a positive EPS surprise.