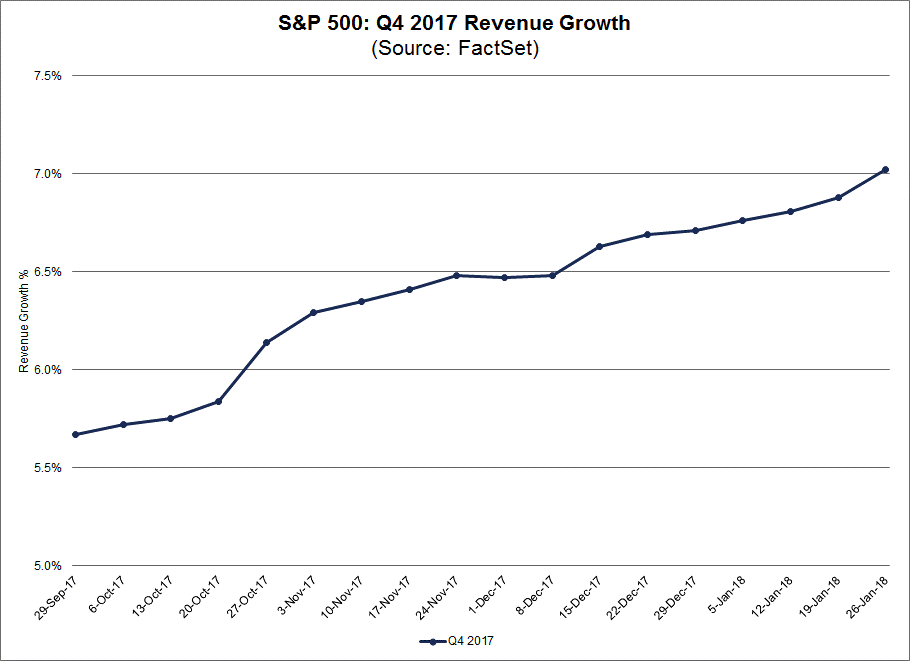 At the sector level, the Real Estate (6.6%) and Consumer Discretionary (+3.3%) sectors are reporting the largest upside aggregate differences between actual sales and estimated sales.

It is interesting to note that companies are beating an even higher bar for estimates now relative to expectations at the start of the quarter, as revenue estimates in aggregate actually increased during the fourth quarter. On September 30, the estimated revenue growth rate for Q4 was 5.7%. By December 31, it was 6.7%. Because of the number and magnitude of these upside surprises (and continued upward revisions to revenue estimates after the end of the quarter), the blended revenue growth rate for the quarter has increased to 7.0% today.