Activists have historically avoided Real Estate Investment Trusts (REITs) due to their complicated organizational and ownership structures, focusing instead on better known industries. FactSet SharkRepellent shows that 96% of REITs have an ownership limitation provision that should theoretically limit influence from activists.

However, this provision does not appear to be enough to keep activists at bay. Since 2012 there has been a steady rise in both campaigns and activists demands being at least partially implemented at REITs. 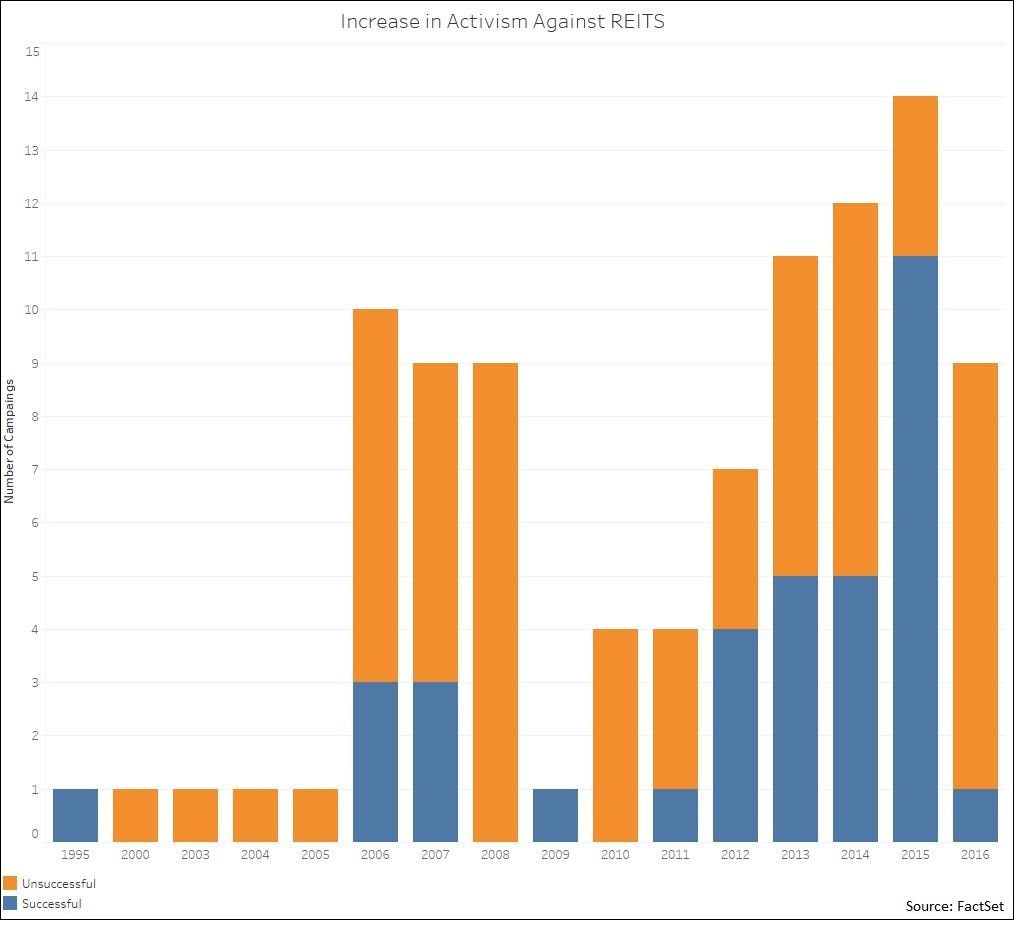 Getting Around Ownership Structures

On August 10, Scopia Capital Management launched an activist campaign on the REIT Forest City Realty Trust Inc, which currently trades at a discount and has underperformed REIT benchmarks in 2016.

FactSet Estimates predicts a net asset value per share of the REIT for the next 12 months of $31.50 compared to a closing price of $22.52 on September 16. Year-to-date total return for Forest City Realty Trust Class A is sitting at 4.07%, compared to 9.57% for the MSCI US REIT Index. Scopia is pushing for the elimination of Forest’s dual-class share structure to align the company with governance best practices that would unlock value for shareholders.

Forest City Realty’s dual-class share structure allows for holders of Class A shares to elect 25% of the board and holders of Class B to elect the remaining directors. The Ratnar family, which has controlled the company for nearly 100 years, holds 3.8% of Class A shares and a decisive 92% of Class B. Using FactSet Ownership we can see the impact of the proposed change would reduce the Ratnars' holdings by close to 10% of shares outstanding and remove their control of the board. 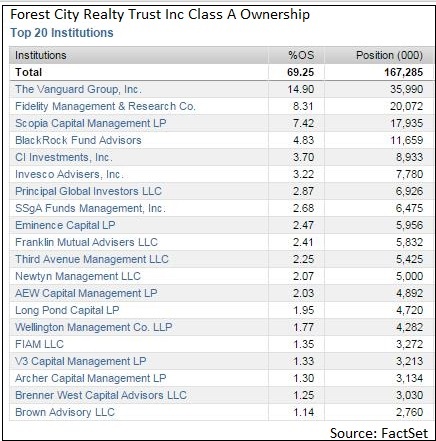 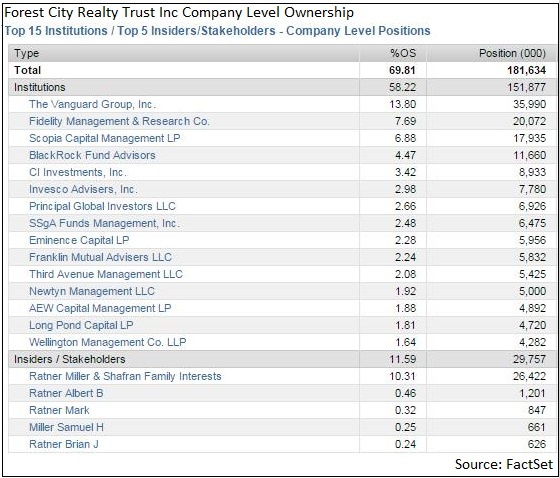 In response to Scopia Capital, Forest City Realty’s board has authorized a process to review strategic alternatives for the company’s retail portfolio.

The strategy employed by Scopia illustrates how activists could get around the historically complicated ownership structures of REITs in order to modernize them and  create returns for shareholders.

It will be interesting to see if the successful campaigns of the last several years will further embolden activists, further pushing the number of activist actions against companies in the REIT sector.