REX Flows into the Rockies in January—A Fluke or a Sign of Things to Come?

January 2022 marked a potentially major shift in the Western U.S. winter flow dynamics. For the first month ever, average net flows on the Rocky Mountain Express (REX) natural gas pipeline were to the West—flowing from the midcontinent into the Rockies. This milestone marks a reversal of the usual pattern of eastern flows, which move gas from the Rockies to markets in the midcontinent and beyond. Instead, January saw shippers seeking to take advantage of comparatively high pricing in Western hubs such as Opal, eschewing the weaker pricing levels in more traditional markets.

The Culmination of a Trend

While this shift to net western flows in winter 2021/2022 may signal a significant change in the winter flow dynamics between the Rockies and the midcontinent, it is important to note that it is the culmination of a trend rather than an abrupt shock as net flows on REX in winter 2019/2020 and winter 2020/2021 were only marginally to the East. 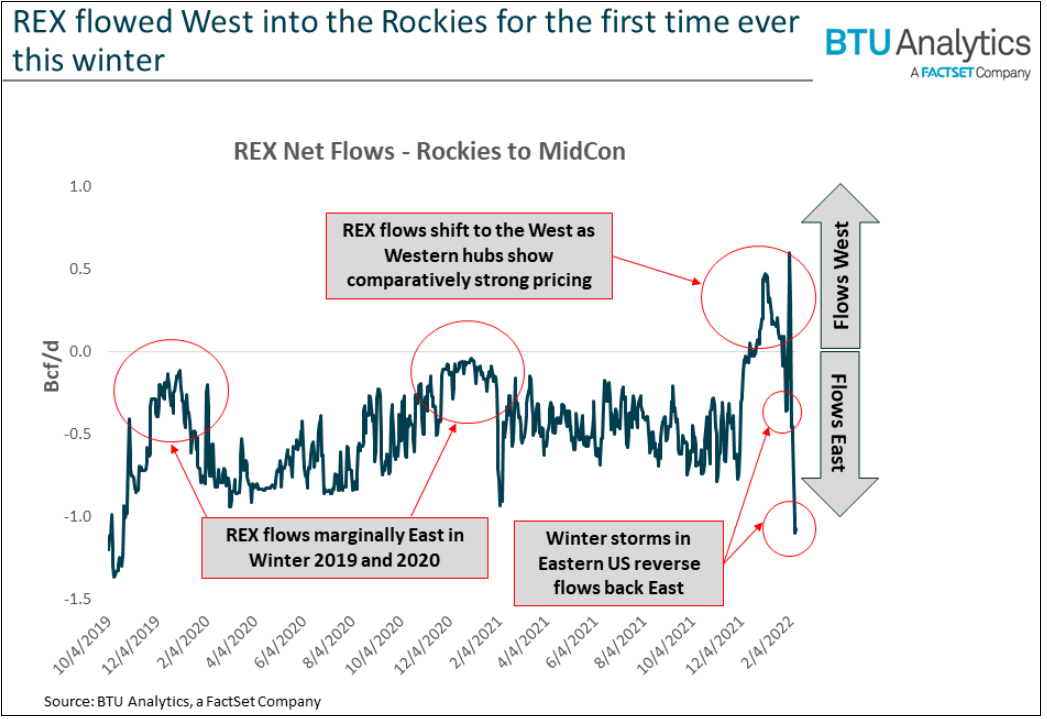 The abrupt switching between eastern and western flows on REX observed in January and February also hints that shippers are quickly responding to an underlying price signal. An examination of the underlying data strongly suggests that this is the case. 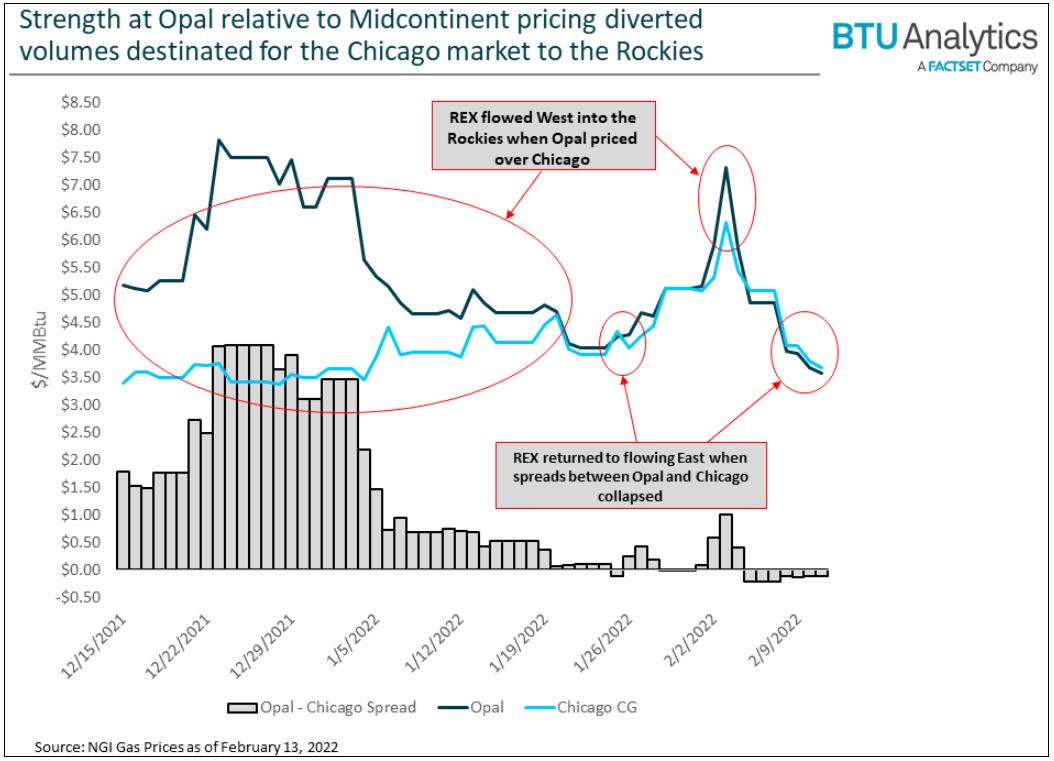 This pattern implies that shippers were quick to take advantage of relatively strong Opal pricing by moving volumes West before reverting to sending volumes East when the advantageous spread disappeared.

The obvious question raised by these developments is whether this trend will prove to be transitory. The data from early 2022 certainly suggest a willingness on the part of shippers to send volumes West on REX when favorable spreads between Opal and Chicago exist. The same is likely to happen in future years when similar situations manifest. However, the frequency with which this dynamic will emerge remains an open question as the relative strength of winter pricing at Opal is a function of the supply and demand factors at work in the winter months in the Western U.S. and beyond. 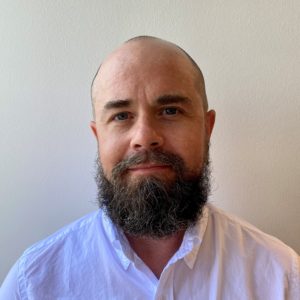 Mr. Jon Bowman is an Energy Analyst at FactSet. In this role, he focuses on natural gas economics and basis forecasting. Prior, he held several positions related to resource planning, forecasting, and pricing analysis in the utilities and manufacturing industries. Mr. Bowman earned a B.S. in Mathematics from Tulane University and an M.S. in Industrial Engineering from the University of Illinois at Urbana-Champaign.