The map below shows the annual average solar capacity factor within the previously identified energy communities. Note this map, and the ones that follow, do not include brownfield site locations due to the uncertainty around their geographic boundaries.

It’s not surprising to see the most solar-rich areas are in the West and Desert Southwest areas of the United States, while lower capacity factors reside in Northeast Appalachia. Energy communities in the Southeast fall close to the average for all energy communities, which is 17.6%.

The Southwest has clearly been one of the more desirable areas for development. In fact, the Southwest accounts for 44% (18.6 GW) of operational and currently planned solar projects within energy communities, as shown in the map below. 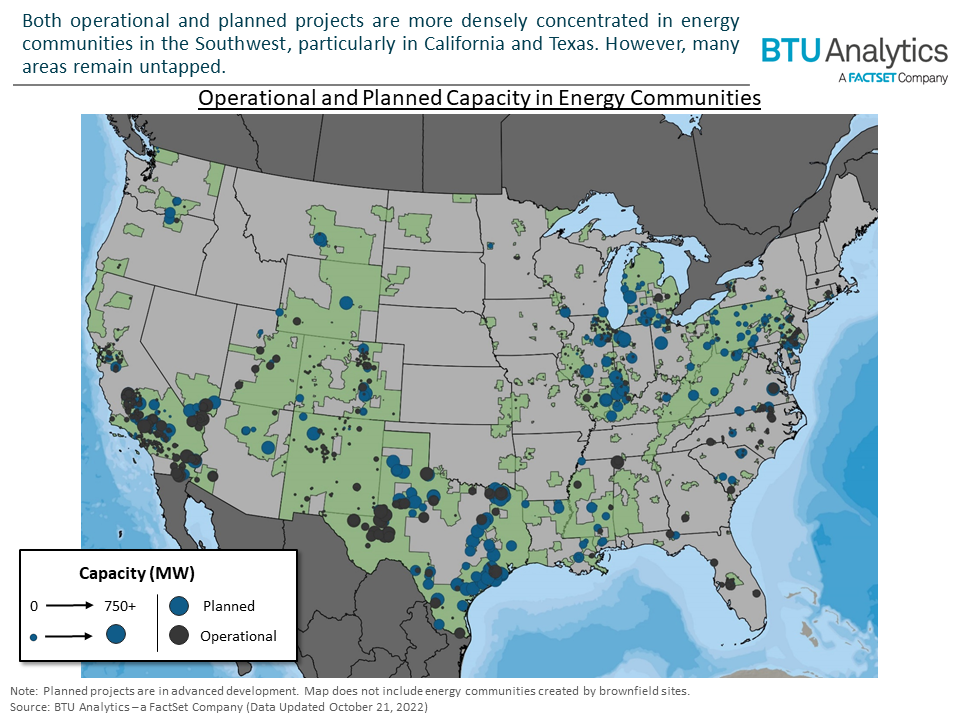 Although there are more projects in ERCOT and the Southwest, there are areas in the West that have little to no planned or operational projects as it stands today. The following graphics take a closer look into energy community census tracts with some of the highest expected capacity factors. The top chart shows the energy communities with the highest expected capacity factors that have solar projects either already operational or planned within their boundaries. The largest of these tracts is a 4.5-million-acre tract in San Bernadino, California. 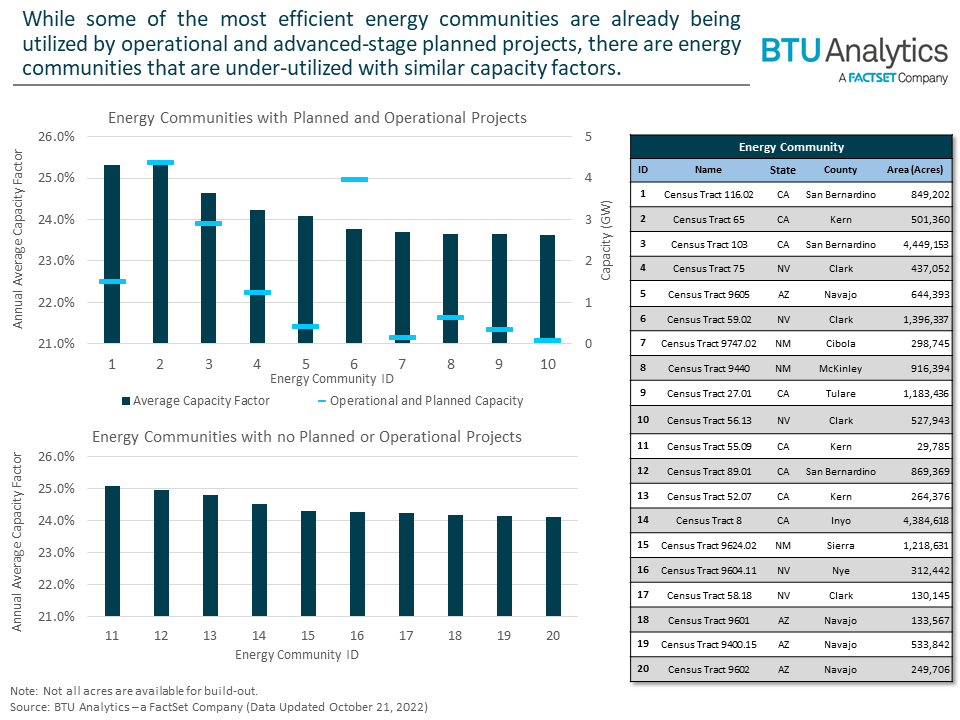 The bottom chart above shows similarly solar-rich tracts; however, these tracts have had no development, and none is currently planned. Why are there resource-rich areas where no development is occurring? There could be many reasons for this, such as alternative land uses (military bases), challenges with local regulations, or limited access to transmission. While the IRA will not allow developers to overcome all these challenges, we expect the increased incentives in the IRA will allow developers to look to slightly less economic areas outside of core resource acreage.

The IRA is already changing the US’ power landscape. While additive projects directly tied to incentives in the IRA are still a couple of years out, proposed projects are already on the rise. However, it is not all clear skies ahead. The US has many challenges facing it as its energy transition continues. We’ll continue to explore these challenges, such as tightening resource adequacy and increasing transmission congestion, in coming Energy Market Insights.

For a more in-depth look at the renewable generation market and capacity analysis of existing and planned projects, request a sample of BTU’s Power View.