The percentage of companies that have reported revenues above estimates for Q2 2021 is above both the trailing one-year average (74%) and the trailing five-year average (65%). In fact, the second quarter will mark the highest percentage of S&P 500 companies reporting revenues above estimates for a quarter since FactSet began tracking this metric in 2008. The previous record was 79%, which occurred in Q3 2020. At the sector level, the Health Care (97%), Communication Services (96%) and Information Technology (95%) sectors have the highest percentages of companies reporting revenue above estimates.

The revenue surprise percentage for Q2 2021 of 4.9% is also above the trailing one-year average (+2.8%) and the trailing five-year average (1.2%). In fact, the second quarter will mark the highest revenue surprise percentage since FactSet began tracking this metric in 2008. The previous record was 3.8%, which occurred in Q1 2021. At the sector level, the Energy (+11.8%), Communication Services (+5.6%), Consumer Staples (+5.3%), and Information Technology (+5.3%) sectors are reporting the largest differences between actual revenues and estimated revenues. 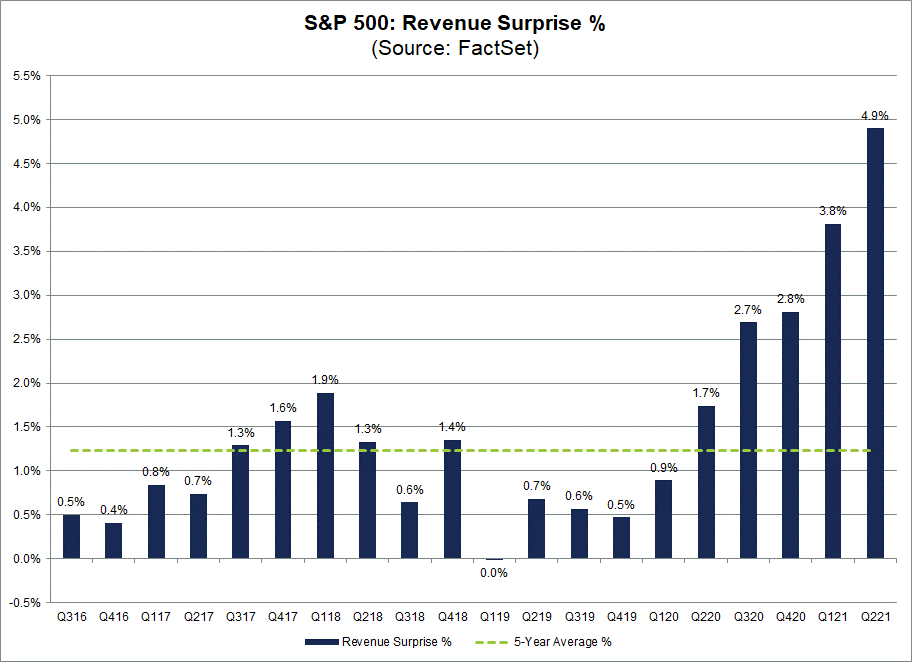 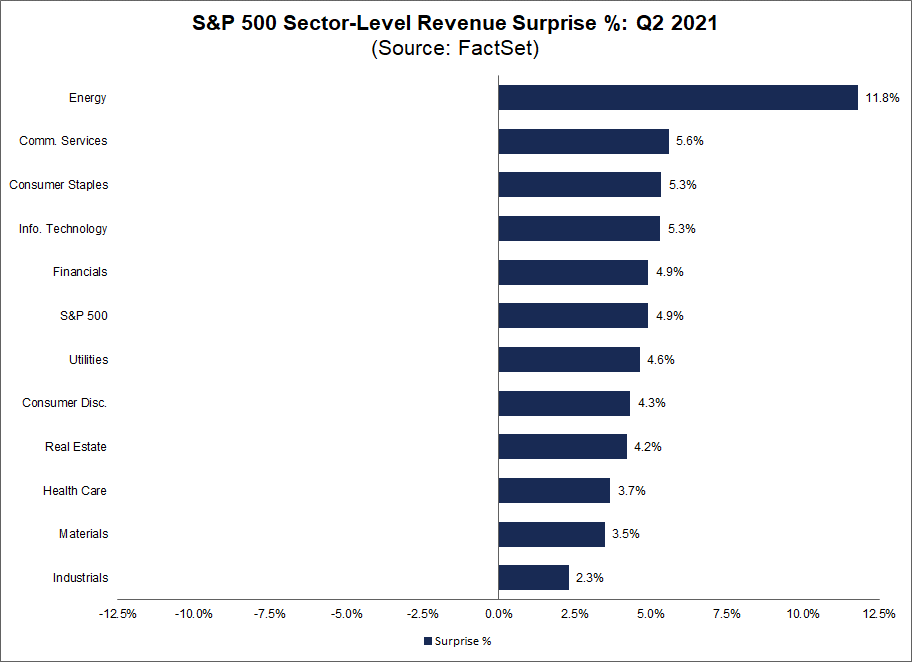 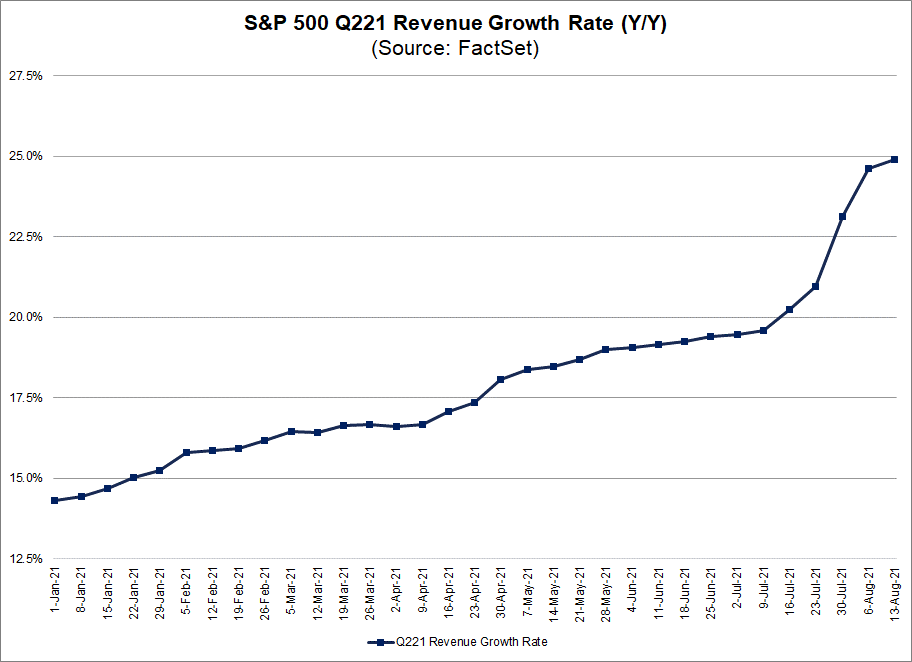