In 2019, we noted that lower interest rates were a net negative for banks under prevailing conditions. Of course, the world is a very different place in 2021 than it was in 2019, and banks are now enjoying a vastly more favorable interest rate environment.

A traditional gauge of how favorable the rate environment is for banks is the spread between two-year and 10-year treasuries. Borrowing short and lending long can be a dangerous game and banks do take steps to align the duration of their funding and their earning assets, but at the end of the day, some of this risk is unavoidable for banks. Over the past two quarters, however, a sharply widening 2-10 spread has delivered a spectacular windfall to bank shareholders.

In the nearly six months from September 30, 2020, through March 9, 2021, the 2-10 spread has more than doubled from just 55 basis points (bps) to a much healthier 138bps. Substantially, all the 83bps widening has come from the higher yield on the 10-year; the two-year yield actually declined by 3bps while the 10-year yield rose 86 bps. The upshot is that banks have been enjoying welcome relief from the grinding pressure on net interest margins.

Since net interest income (NII)—the money banks earn off the spread between their funding costs and asset yields—accounts for roughly two-thirds of the typical bank’s total revenue, this has a big impact on the earnings outlook for banks, and stock prices have reflected that. From September 30 through March 9—while the S&P 500 rose a very healthy 15%—the KBW Nasdaq Bank Index, comprised of 24 large banks, was up by 62%.

Outperformance of 47% in a bit less than six months isn’t shabby, yet even that somewhat understates what the steeper curve is doing for banks.

In contrast, the KBW Nasdaq Regional Bank Index, which is comprised of 50 midsized banks, nearly doubled during the same period—up 95%, outperforming the S&P 500 by 79%. Should one find oneself at dinner with the manager of a regional bank stock portfolio, let him pick up the check; he will know why.

We live in a multi-factor world, which makes the way the 2-10 spread and the KBW Nasdaq Regional Bank Index have moved in tandem over the past year truly remarkable. As shown in the graph below, the only real deviation is in the first few weeks of the period; it is left as an exercise for the reader to discern why bank stocks may have traded contrary to this pattern in the latter half of March 2020. There are many differences between the constituents of each index but the key to the performance differential here is fee revenue, or more accurately, the lack of it. At first glance this is counterintuitive; fee revenue is generally highly prized at banks, and those with more of it traditionally trade at much richer multiples of earnings and tangible book value.

One problem with this commonplace (and normally accurate) view is that not all fee revenue is equally valuable. Asset management generates fee income that can greatly benefit a bank’s valuation, but it is a business that requires scale. Insurance brokerage generates fee revenue for some banks, but publicly traded companies to bank-owned brokers don’t typically trade at any great premium to banks (though the fee revenue still serves to reduce dependence on spread lending and can be countercyclical during weak points in the credit and interest rate cycle).

Mortgage origination is another common source of fee revenue for banks and not only does it tend to fetch a low valuation, but the near-term prospects for the business vary inversely with the 10-year treasury yield; the 86bp increase in the 10-year yield is pure bad news for refinance volumes. Historically, banks also serviced mortgages, which provided a natural hedge since the drop-off in refinance volumes also means fewer of the loans being serviced will prepay, but since the servicing business is so scalable, it has consolidated and far fewer banks now enjoy this income stream.

The real problem with the more-fees-are-better thesis at this point in time, however, is that there is just nothing banks do that benefits as much from the sharply steeper yield curve as old-fashioned spread lending. The difference between business mixes that are largely net interest income dependent and those that are diversified among interest- and fee-generating activities explains the difference between the indices. On average and over time, it surely remains preferable for banks to be less dependent upon spread lending and the vicissitudes of the yield curve. Anyone old enough to recall the savings and loan crisis will need no convincing of this. Yet recent comments emanating from the Federal Reserve, suggesting a desire to both hold short rates lower and see inflation a bit higher, mean this trend may run further. For undiversified traditional lenders, things may get even better, before they (inevitably) get worse. 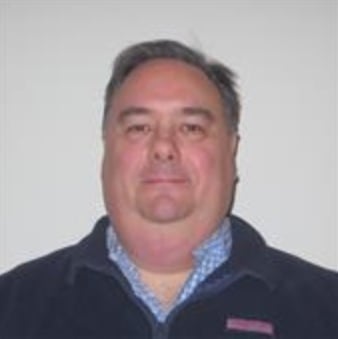 Mr. Sean Ryan is the VP/Associate Director for the banking and specialty finance sectors at FactSet. In this role, he guides the development of FactSet’s deep sector offering in these areas. He joined FactSet in 2019 and prior to that, he covered bank and specialty finance stocks for brokers including Lehman Brothers and Bear Stearns and for sector-focused hedge funds FSI and SaLaurMor Capital. Mr. Ryan earned a Bachelor of Science in industrial and labor relations from Cornell University. He is a CFA charterholder.