Throughout 2022, a shortage of solar panels in the US has caused many solar developers to face increased delays in getting their projects into service. Delays are not a new problem for developers, as BTU wrote earlier this year, but 2022 has seen more delays than in prior years. Continued supply chain constraints have limited solar panel supply, and the US Department of Commerce’s anti-dumping investigation and enactment of the Uyghur Forced Labor Prevention Act (UFLPA) have resulted in additional delays to panel deployment. Today’s Energy Market Insight will explore the repercussions of these delays across different years and regions.

Over the past three years, the amount of solar installed has grown year over year, topping out at 13.9 GW in 2021. However, with only 7 GW having come online so far in 2022, it is clear that this trend has reversed this year. 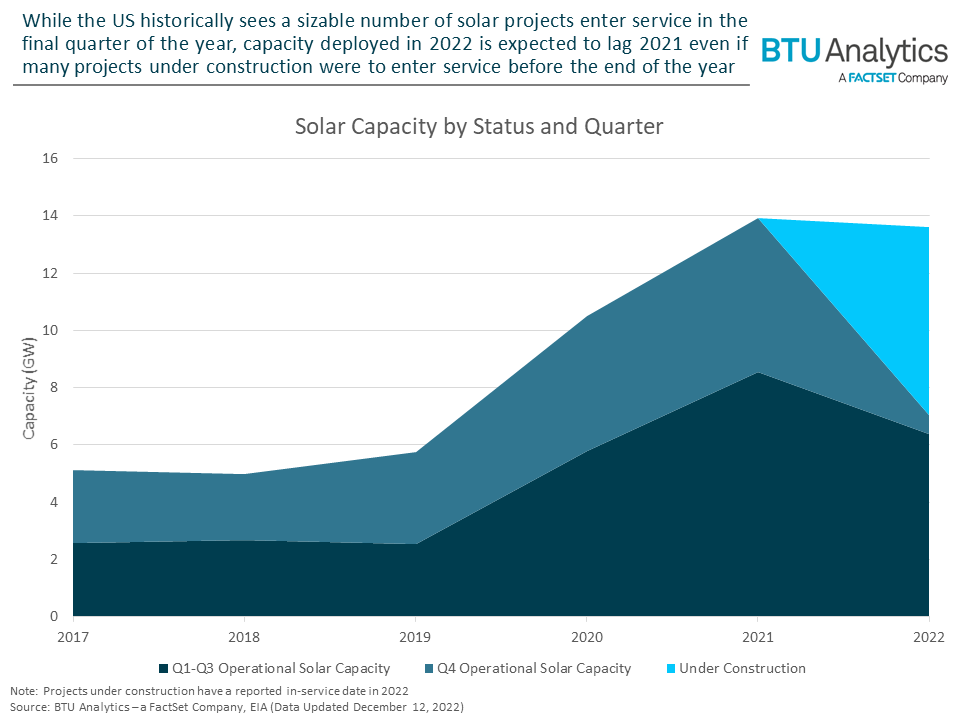 Still, 6.5 GW of solar capacity is reported as under construction with an in-service date in 2022, so additional projects are expected to enter service by the end of this year. Historically, the fourth quarter has seen an outsized number of projects enter service. From 2017–2021, 45% of annual solar capacity came online during the fourth quarter of the year. This trend may be related to eligibility for investment tax credits (ITCs) phasing down in subsequent tax years. This effect may soften over the coming years after the passage of the Inflation Reduction Act, which set ITCs at 30% until 2032.

Even after accounting for solar that typically comes online later in the year, 2022 will most likely end up having less capacity installed than 2021 due to the increased number of delays solar projects have faced. 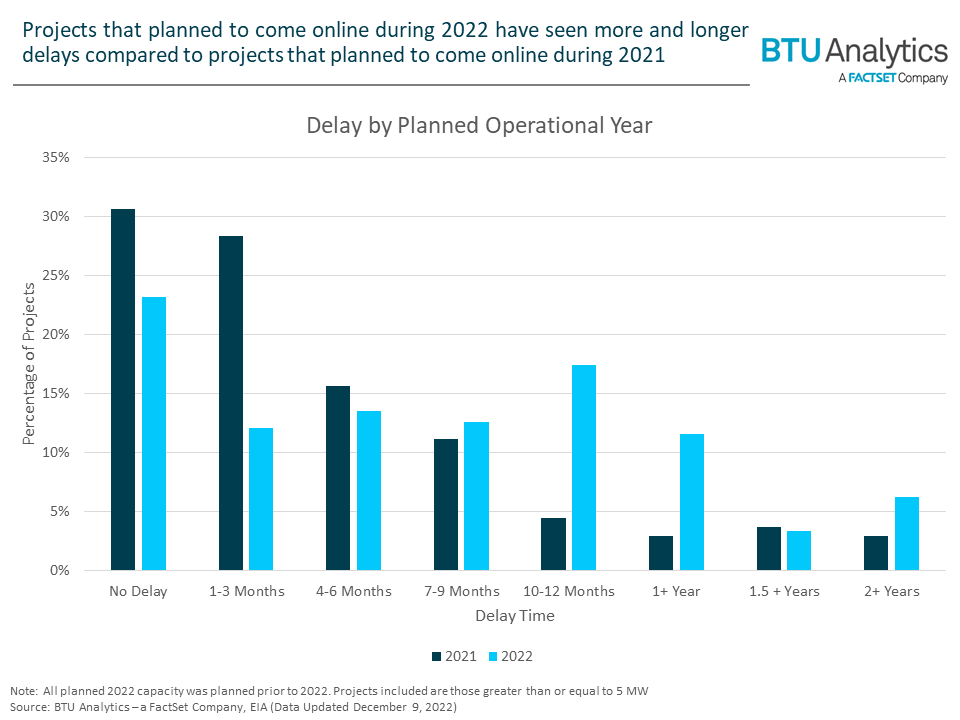 Continued supply chain constraints and the anti-dumping investigation may have led to more project delays earlier in the year, but, more recently, the UFLPA has been a more prominent cause of concern for project developers. Due to US concerns over human rights abuses, imported panels have been held at ports to ensure they weren’t made with parts from the Xinjiang region of China. These factors have driven down the amount of solar capacity installed.

Given the large geographic scope of factors leading to project delays, it may be expected that various US regions are facing similar delays. However, additional delays in the generation interconnection queue process in PJM have caused this ISO to see more projects delayed than other regions in the US. 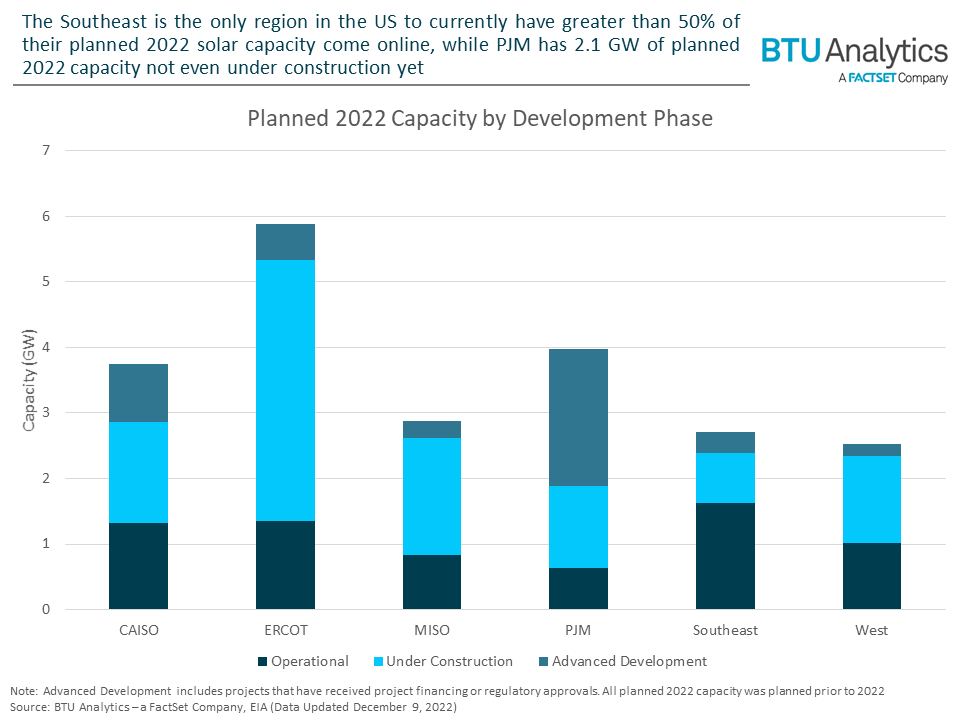 Eighty-three percent of projects outside of PJM with estimated 2022 in-services dates either commenced operation or at least began construction during the year. In PJM, this drops to 45%, as there are still 30 projects that have either received financing or regulatory approvals, planned to come online in 2022, but have not yet started construction. This is primarily due to projects in PJM being subjected to a “first-come, first-served” interconnection approach. Under this methodology, projects that were ready for deployment but located lower in the queue would be forced to wait for PJM to study unviable projects higher in the queue. FERC recently approved PJM interconnection reforms, but solar projects may continue to see delays as the ISO transitions to a new “first-ready, first-served” approach.

Overall, regulatory factors and supply chain constraints helped contribute to continued and longer delays to solar projects in 2022. Utilities, various state and local governments, and ISOs are all leaning heavily on solar and other renewables to backfill the impending retirement of coal-fired generation. Continued solar project delays may result in either deferred coal plant retirements or significant challenges to resource adequacy.

While BTU Analytics will continue to explore the contours of these topics in future Energy Market Insights, request a demo of BTU’s Power View for even deeper and more comprehensive analysis of the renewable and thermal generation markets.