The U.S. stock market’s nearly 11-year bull market ended in March due to rising concerns about the COVID-19 pandemic and the impact on U.S. businesses. As a result of the market pullback, IPO activity slowed dramatically at the end of the first quarter and the hesitation around new offers continued into the second quarter. In April, we saw 10 initial public offerings on U.S. exchanges followed by 15 in May. In total, there were 32 IPOs between March and May, the lowest three-month total since November 2016-January 2017.

However, we saw a rapid turnaround in IPO activity in June as equity markets rebounded. By the end of June, the S&P 500 had increased by 39% from its March 23 low, finishing the quarter down just 4% for the year. The renewed optimism led to a flood of companies going public in June. According to FactSet data, 41 companies IPO’d on U.S. exchanges in June, the highest single month volume of the last decade. Thanks to three June mega-IPOs (Royalty Pharma Plc, Dun & Bradstreet Holdings, and Warner Music Group), the second quarter saw the most money raised since Q2 2019, when we saw an uptick in activity following the government shutdown at the beginning of 2019.

There were 66 IPOs in the second quarter; a 50% increase from the 44 companies that debuted in Q1. This was 23% below the IPO volume seen in Q2 2019. Gross proceeds from IPOs for the quarter totaled $25 billion—more than double the money raised in the first quarter; this was the largest quarterly amount raised since Q2 2019. IPOs tended to be larger in the second quarter; the average money raised for the quarter was $379 million, identical to the average IPO size a year ago. 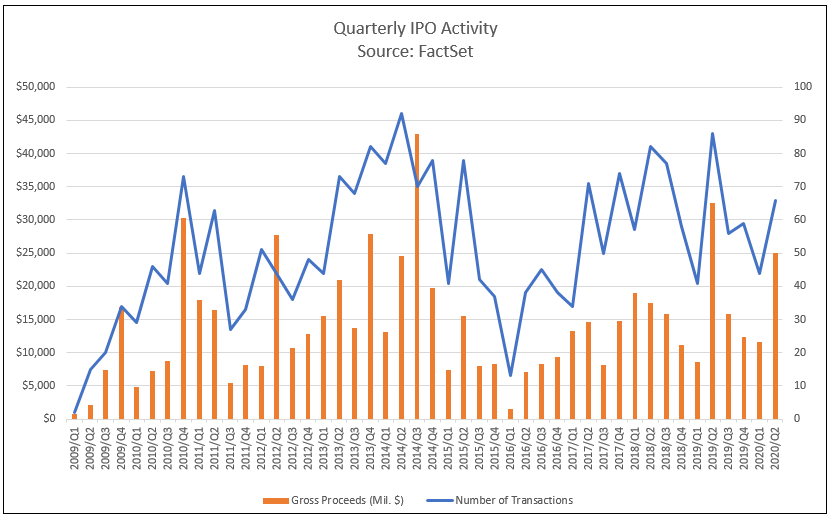 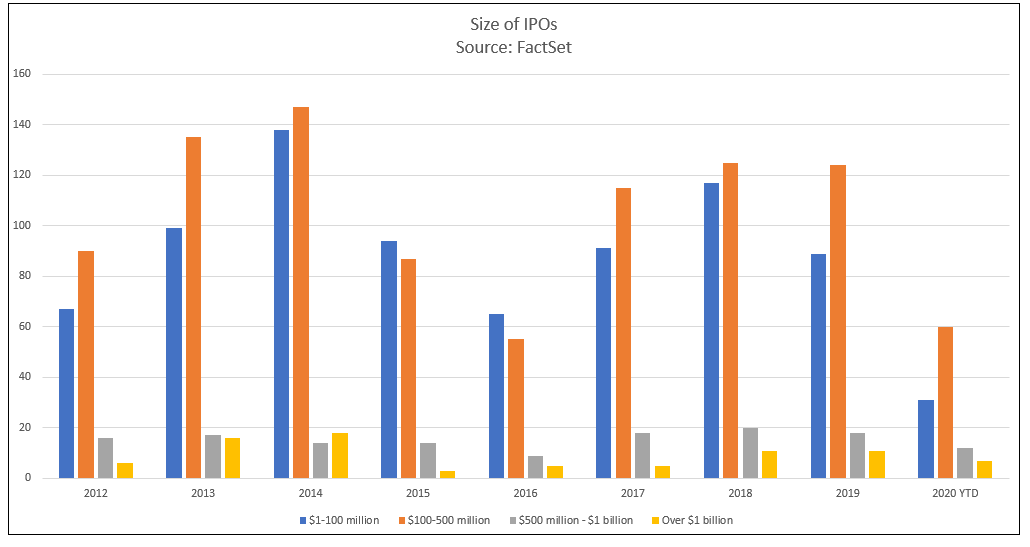 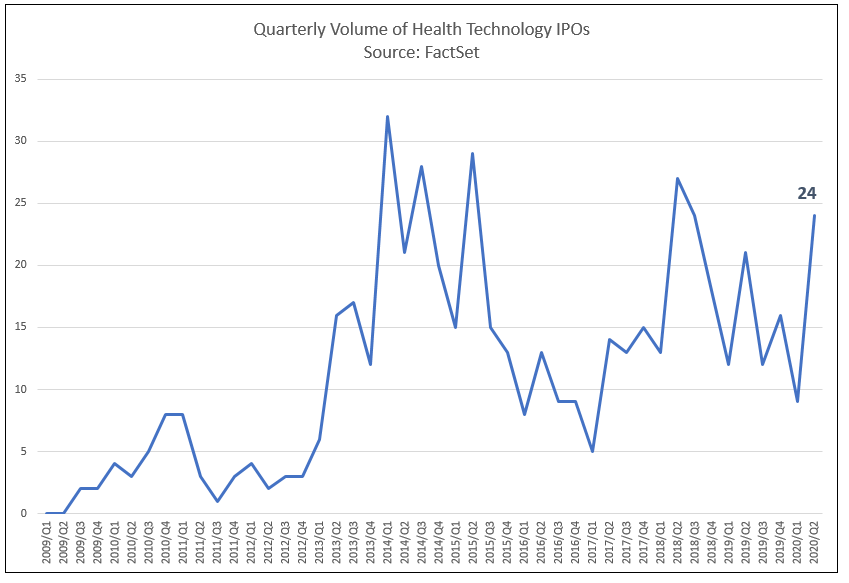 Activity by Financial Sponsors Increased in Q2 but Remained Tepid

There were 18 venture-capital backed IPOs in the second quarter, a 50% increase from the previous quarter and the highest quarterly number since Q2 2019. There were five private equity-backed IPOs in Q2 2020, also the highest number since Q2 2019. Gross proceeds for VC-backed offerings totaled $3.7 billion, while PE-backed IPOs raised $2.6 billion. At this pace, IPOs backed by VC and PE funding are on track to post their lowest annual numbers since 2016. 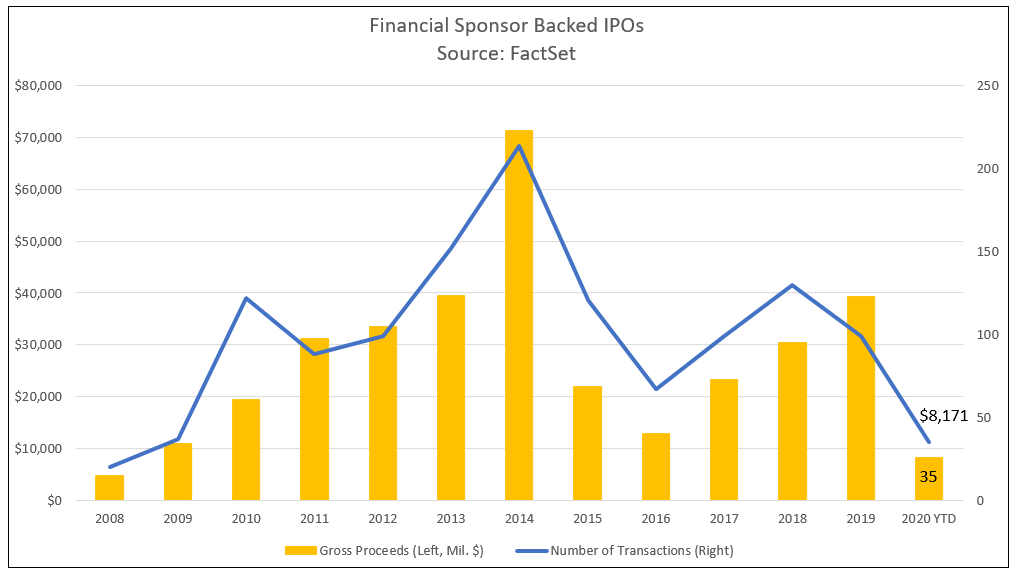 Factors Impacting IPO Activity in the Second Half of 2020

A total of 110 companies had IPOs in the first half of 2020; if this pace continues over the next two quarters, 2020 would be the slowest year for IPOs since 2016. Looking ahead at future IPOs, there are 59 companies that have released initial preliminary filings in 2020 and are still in registration (this excludes offerings that have been postponed or withdrawn). Prolonged market volatility could keep these companies on the sidelines and discourage other companies from going public.

While U.S. equity markets have recovered most of their February/March losses, there is still considerable uncertainty heading into the second half of the year. The two biggest risks looming for U.S. equity markets are the economic impact of the current resurgence of COVID-19 cases and the November U.S. presidential election. While stimulative fiscal and monetary policy has helped buoy financial markets in the last several weeks, markets will be watching for continued government support if risk perceptions remain heightened.