For some traditional suppliers, government receivables can be significant—and thus strong indicators of earnings performance. Similarly, earnings surprise for companies with a sizable increase in new forward-looking receivables could be substantial.

Investors perceive companies with a high proportion of government revenue as more stable and predictable, often valuing them with a higher earnings multiple compared to peers. The consistency of government contracts is especially valuable in a recessionary environment.

The TenderAlpha global government contracting data available through the Open:FactSet Marketplace monitors contract awards in more than 40 countries across North America, the EU, and APAC and accounts for nearly $15 trillion of government spending since 2010 (Figure 1). Here are the highlights:

Across executed and newly announced contracts, the forward-looking receivables data also offers a few steps of aggregation that are not available from institutional, media, or company announcements. 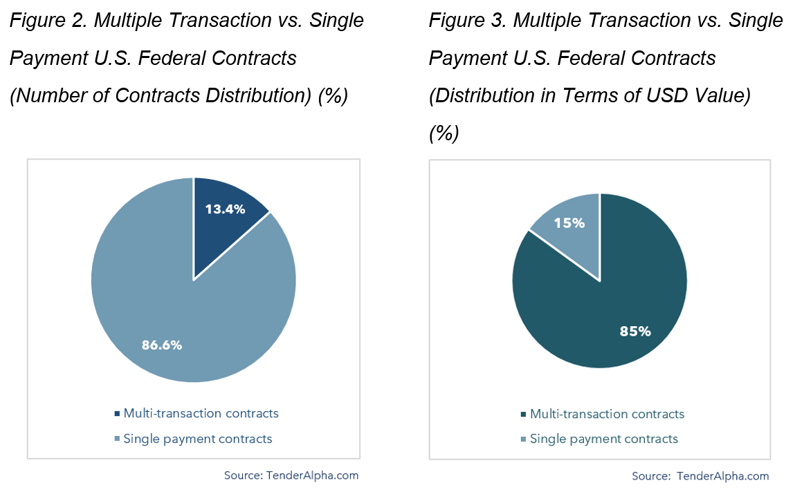 To spot earnings surprises, we developed the unexpected government receivables (UGR) measure. The UGR is calculated as follows:

There are three earnings surprise factors behind the UGR measure:

Stocks are value-weighted within portfolios, and the portfolio holdings are rebalanced at the end of each month. T-statistics are reported in brackets. The sample includes all stocks in the Russell 1000 index from January 2013 to December 2020. 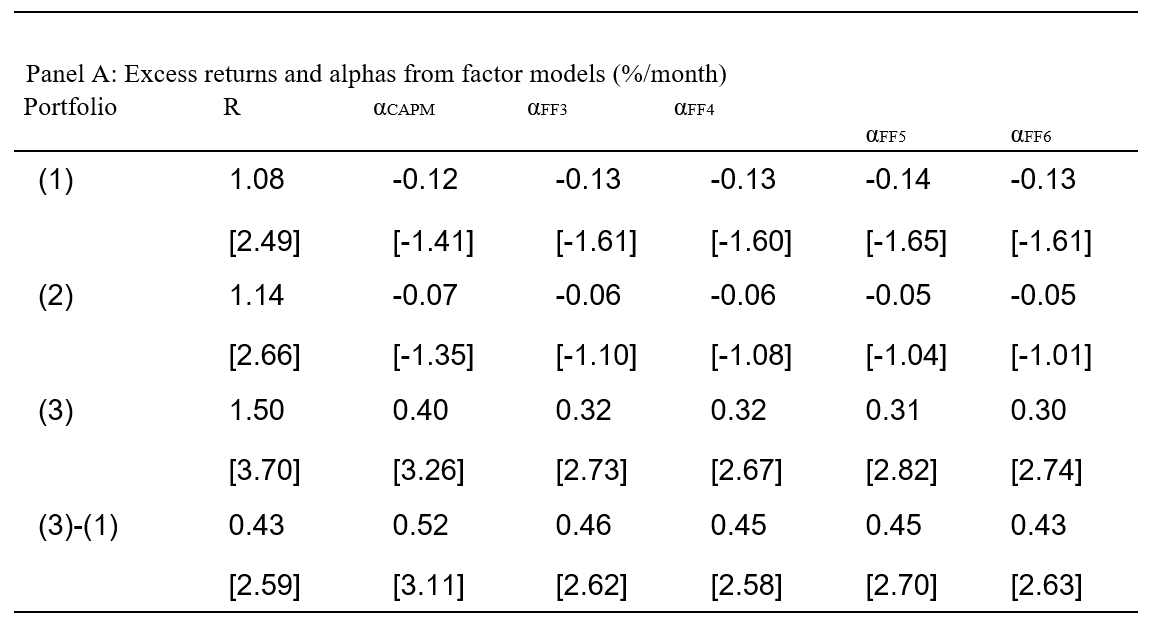 In all cases of backtesting, the strategies performed extremely well with annualized Sharpe ratios between 0.77 and 1.27. That range spans between double and just over triple the 0.35 to 0.40 historical Sharpe ratio of the market portfolio.

In all portfolios, alphas are significant, ranging between 3.4% and 7.1% per year, depending on the strategy and the factor model.

We believe comparing the UGR metric to both baseline SGR and market expectations provides the most benefit. In essence, there is no alpha to be found in a high-UGR company for which the market has already priced in expectations for higher revenue. The ideal is high UGR with revenue assumptions that reflect the baseline SGR score.

While the outperformance in one quarter will change the company’s financial situation marginally, the effect should accumulate over the long term. A consistently high UGR score could imply the company’s competitive position is improving relative to peers.

The UGR metric may also be used on a standalone basis, but it fits best with holistic company valuations. Overlapping the UGR score with data on research and development expenses, capital expenditures and personnel costs may lead to valuable insights into the company’s direction. For example, it may score high on the SGR scale simply by completing an acquisition and inorganically boosting sales. Conversely, a competitor might be superior if it ranks lower on the SGR scale but has a superior organic sales growth rate.

The backtesting results indicate government contract awards have a positive effect on stock performance, suggesting that sizable increases in forward-looking receivables could be material in forecasting earnings. However, further research is needed.

Ranking companies on the UGR scale allows investors to factor in expected positive earnings surprises. Furthermore, consistent outperformance on UGR relative to peers should imply an improving competitive position, making a case for investors to incorporate UGR into their long-term decisions.

Mr. Martin Tsanov is the co-founder of BizPortal and a Product Director at TenderAlpha.com as the only global government procurement data product specifically designated for investment analysis. In this role, Mr. Tsanov is responsible for both product and business development with a special focus on quantitative and ESG research applications of the contract awards data which is also available through the Open:FactSet Marketplace. He has more than 10 years of professional experience combining exposure to investment and capital markets research with working in the public and think tank sectors in the U.S. and Europe. Mr. Tsanov earned an MSc in Political Economy from the London School of Economics and a BA in Political Science from Whittier College in Los Angeles, California.