Unlocking the Black Box of the Drug Maker Industry

In September 2017, pharmaceutical company Allergan announced that it was transferring patent ownership of its dry-eye drug Restasis to the Saint Regis Mohawk Tribe of upstate New York. The Mohawk tribe claims that its sovereign immunity protects the patent from legal challenges before the U.S. Patent and Trademark Office, so this was a creative way of dealing with challenges brought by generic drug makers.

Under the deal, the tribe would receive $13.75 million, plus royalties of about $15 million per year for leasing the patents back to Allergan. Restasis is a key drug for Allergan, bringing in $1.5 billion in FY 2016, representing 10% of its total revenues according to FactSet’s StreetAccount Drug Database. Generic competition for the drug was expected to start in January 2018, which would have had a significant impact on the company’s revenue. According to FactSet Estimates, revenues for the drug are projected to drop from $1.4 billion in FY 2017 to just $780 million in FY 2018, a 45% decline.

This example demonstrates some of the unique challenges understanding the pharmaceutical and biotech industry entails. These include patent laws and the long investment cycles, which feature rising R&D costs coupled with small chances of market success. Add to these factors the price volatility that generally characterizes drug maker stocks and the complexity of what the industry produces, and you have what appears to be a mysterious black box for investors.

Decreasing R&D productivity has been an important topic in the industry for several decades given the relentless race-to-market. Diminishing R&D expenditures have led to a decline in new product launches across the pharmaceutical industry. Despite recent signs that overall R&D productivity is on the rise again, research released by the Biotechnology Innovation Organization indicates that approximately 90% of all drugs entering a phase 1 clinical trial will fail to gain market approval and this failure rate is trending higher. 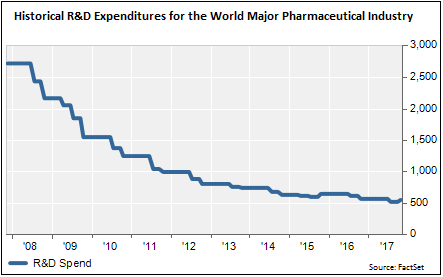 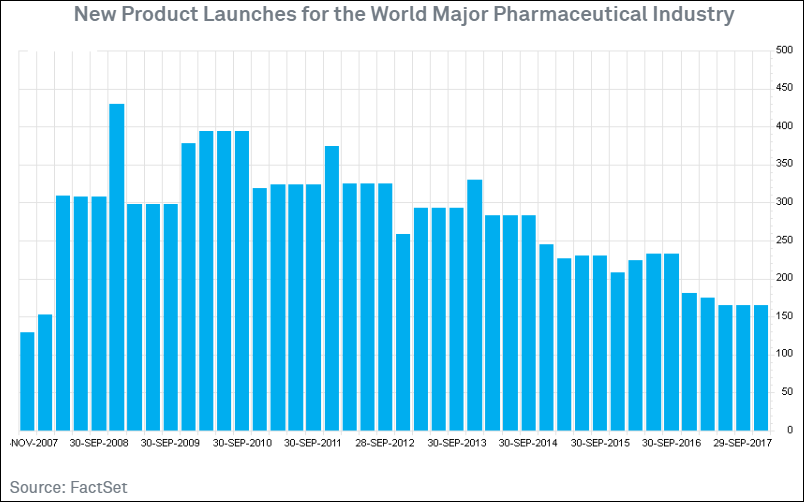 However, the high rate of failure could be a good thing, as early recognition of failure can save costs in the long run. According to the Pharmaceutical Research and Manufacturers of America (PhRMA), phase 3 trials account for 60% of all clinical trial costs, but only 35% of the development takes place in this stage. Late-stage research failures are as costly as successful ones are lucrative. Stocks for these companies can be a performance driver of any equity portfolio and the gap between top- and bottom-performers offers a unique chance to generate alpha when played right. 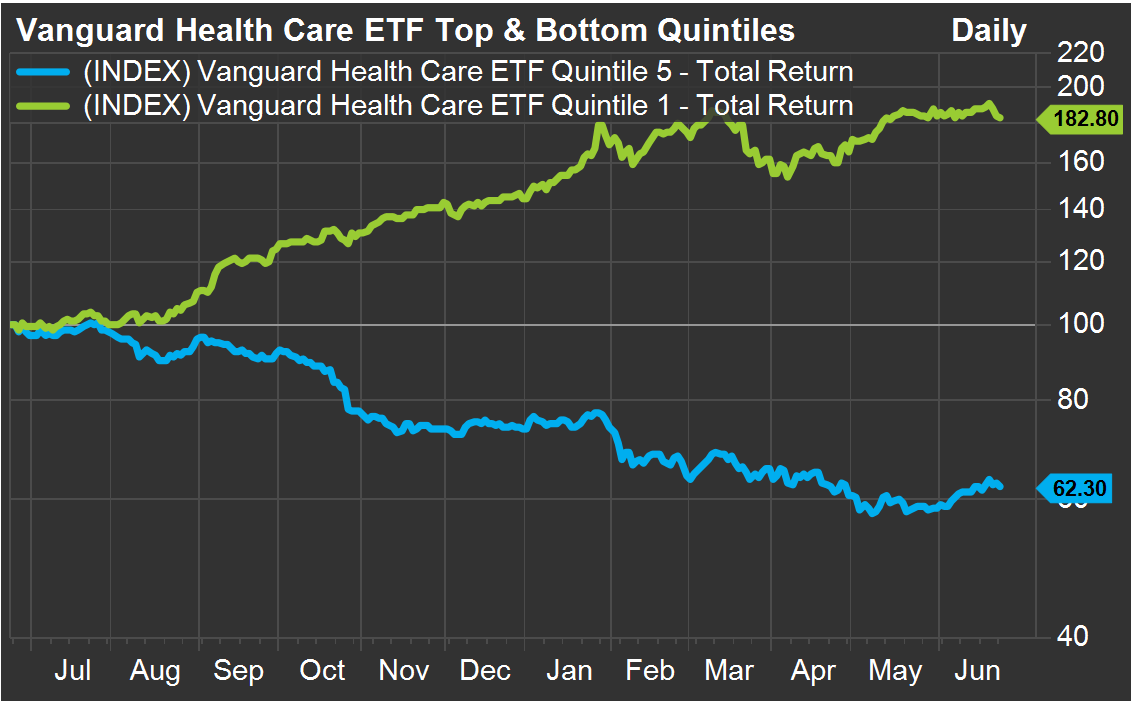 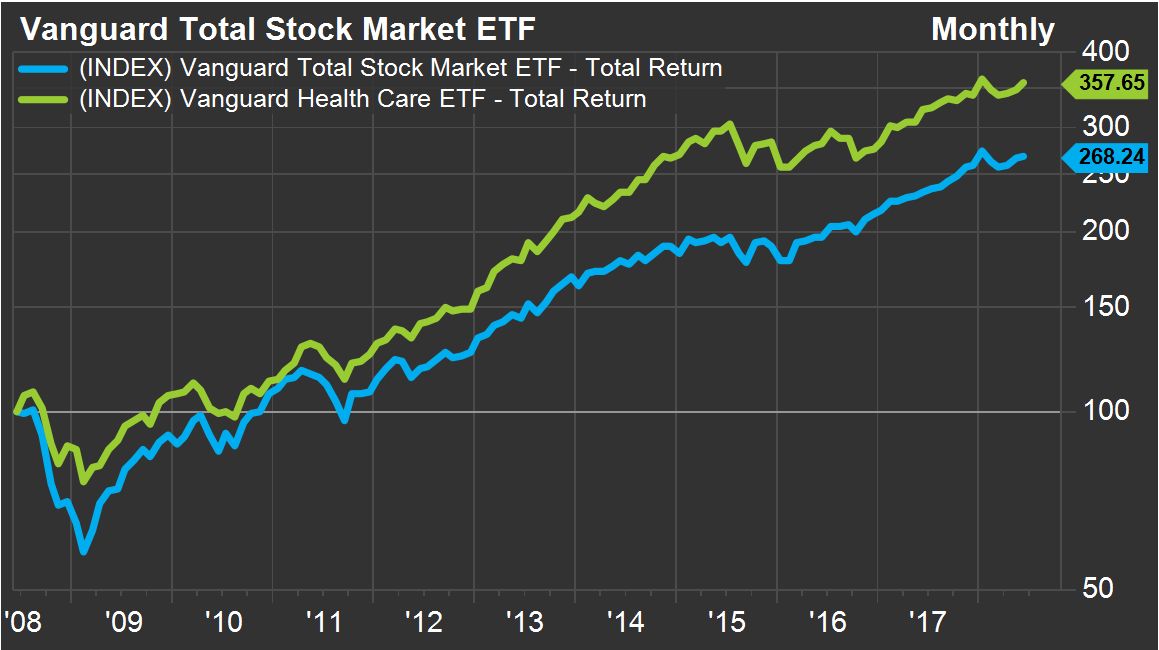 How Can We Unlock This Black Box?

Data is essential in unlocking this black box. The investor needs to look at event dates, trial stages data, weighted pipelines over time and details on the products in that pipeline to determine the potential viability of products in development. Armed with this data, investors can be prepared before news breaks.

For example, on February 13, Tetraphase Pharmaceuticals Inc. presented top line data from the Phase 3 clinical trial for its antibiotic drug Eravacycline. The results from the late-stage study were disappointing, with the drug failing to “achieve statistical non-inferiority” compared to Merck’s competing drug, Ertapenem. The news broke after market close, sending the stock sharply lower in after-market trading. The next day, the stock closed 52% lower than the previous day. In this case, if the investor was aware that Phase 3 clinical trials were underway, they may have been able to  factor in the risk of an unsuccessful outcome. 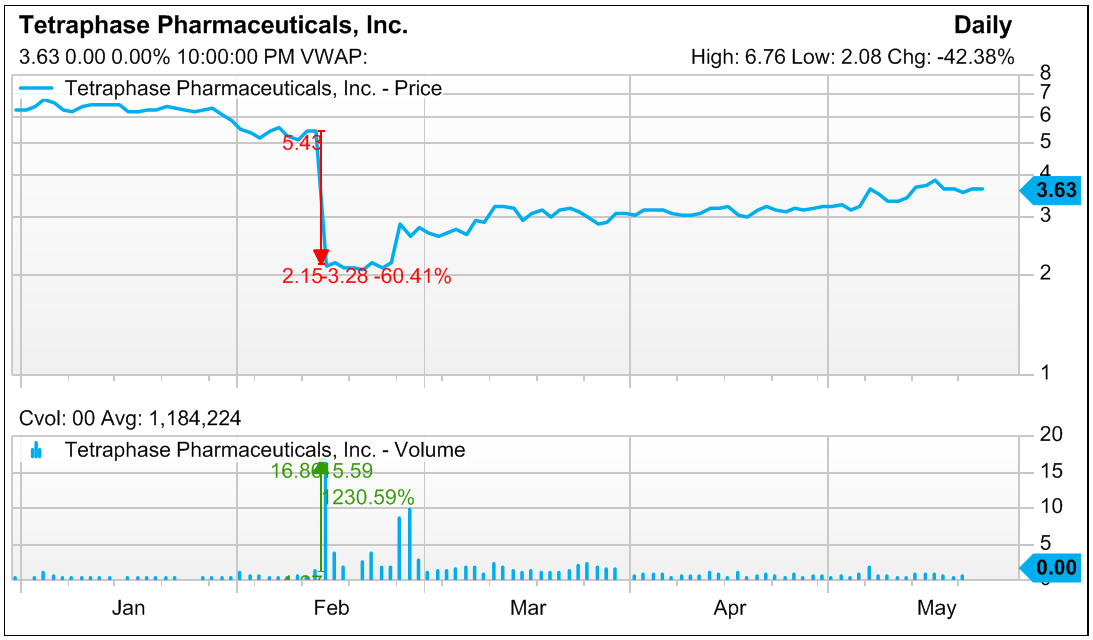 Going back to the Allergan example, the agreement with the Mohawk Tribe has not worked out as planned. The deal did not provide protection against patent challenges in federal court, and in October 2017, a federal judge in Texas invalidated four key Restasis patents. Additionally, in February the Patent Trial and Appeal Board declined a petition to dismiss patent challenges by generic drug maker Mylan NV. The case has been appealed with a final verdict expected sometime this summer. The uncertainty surrounding the status of the Restasis patents has put significant downward pressure on Allergan’s stock. As of June 22 the stock was down 30% from a year ago. Considering the unprecedented nature of Allergan’s agreement with the Mohawk Tribe, perhaps investors should have been more wary of the legality of the move from the start.

The cases of Allergan and Tetraphase serve as extreme examples of the event-driven nature of the drug maker industry. Investors in the drug maker industry do not need to merely know what to expect from study outcomes, but they need to be able to use momentum of events to their advantage. Knowing what moves this market is key to uncovering the alpha that this industry contains.