The British exit (Brexit) from the European Union has been a concern for British and European markets. Given the current uncertainty around the deadline, this topic will continue to be a focus area for these markets over the next few days and potentially weeks. Based on earnings call citations, geographic revenue exposure, and stock price movements, this article will identify industries in the UK (using the FTSE 100 index) that may be impacted by Brexit.

Which FTSE 100 Industries Are Discussing "Brexit" on Mid-Year Earnings Calls? 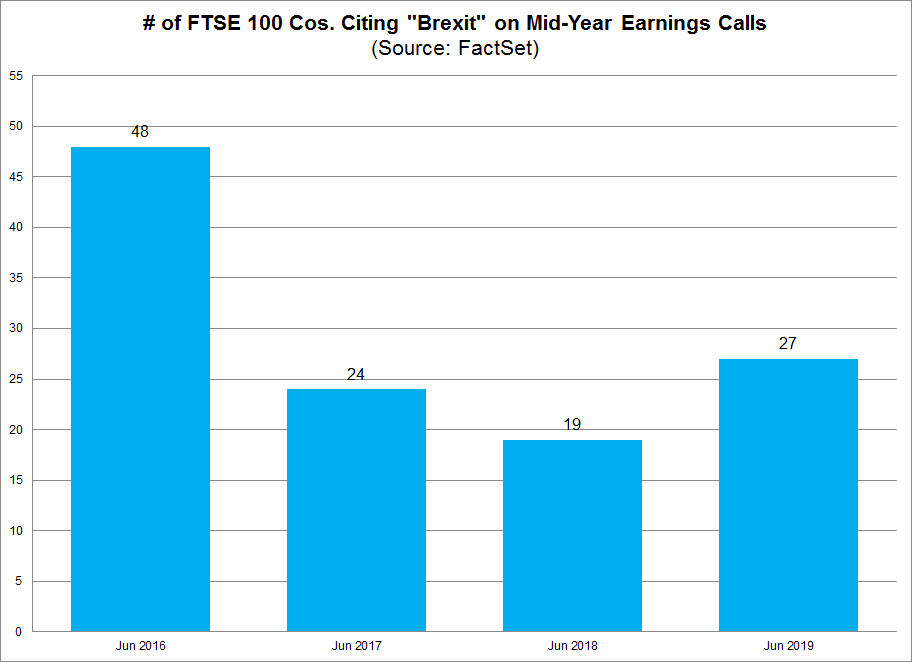 During each corporate earnings season, it is not unusual for companies to comment on subjects that had an impact on their earnings and revenues in a given reporting period or may have an impact on earnings and revenues in future reporting periods. Given the upcoming deadline for Brexit, did companies in the FTSE 100 discuss Brexit during their mid-year earnings conference calls in 2019?

To answer this question, FactSet searched for the term “Brexit” in the conference call transcripts of the 67 FTSE 100 companies that conducted mid-year earnings conference calls between June 15 and September 14. 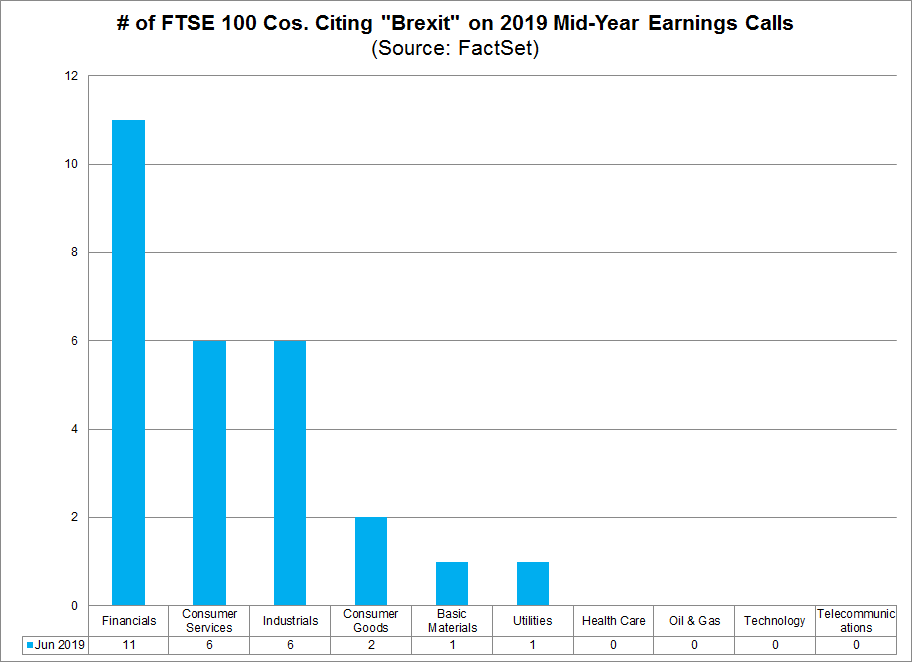 Which FTSE 100 Industries Have the Highest Revenue Exposure to the EU? 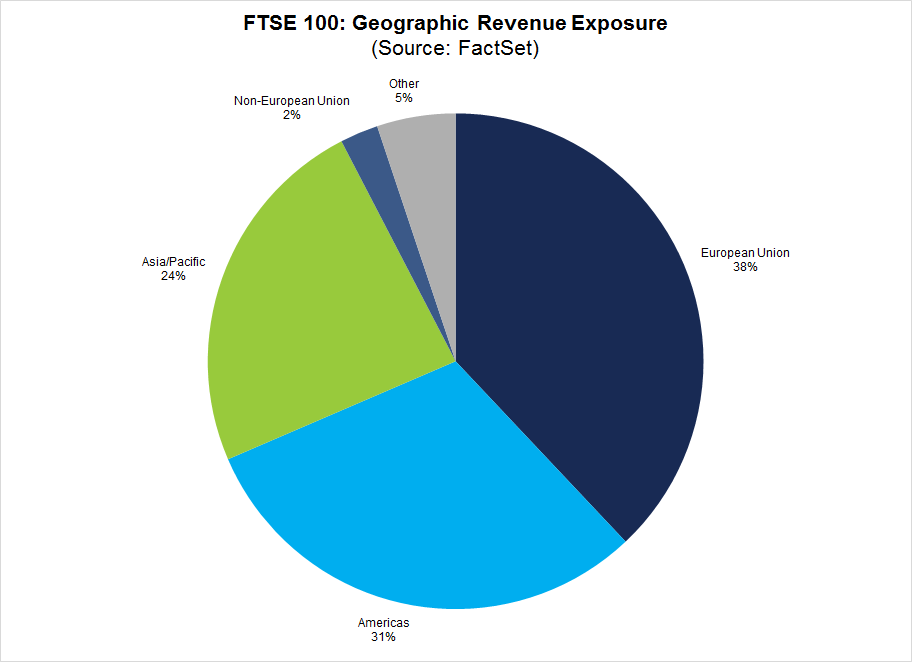 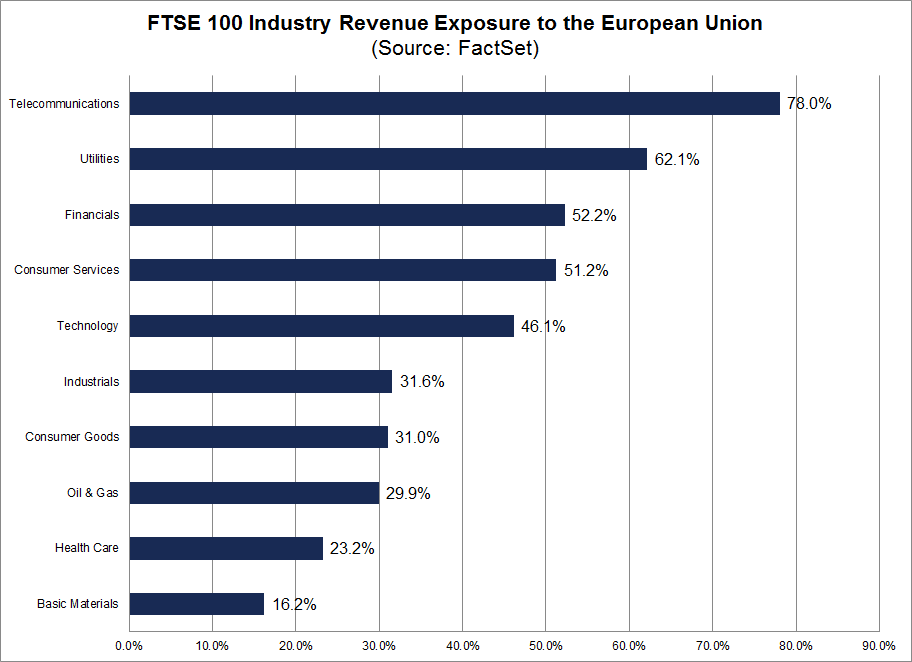 At the industry level, the Telecommunications (78%), Utilities (62%), Financials (52%), and Consumer Services (51%) industries all have more than 50% revenue exposure to the European Union (including the UK).

Which FTSE 100 Industries Have Seen the Weakest Price Performance Since the Brexit Vote? 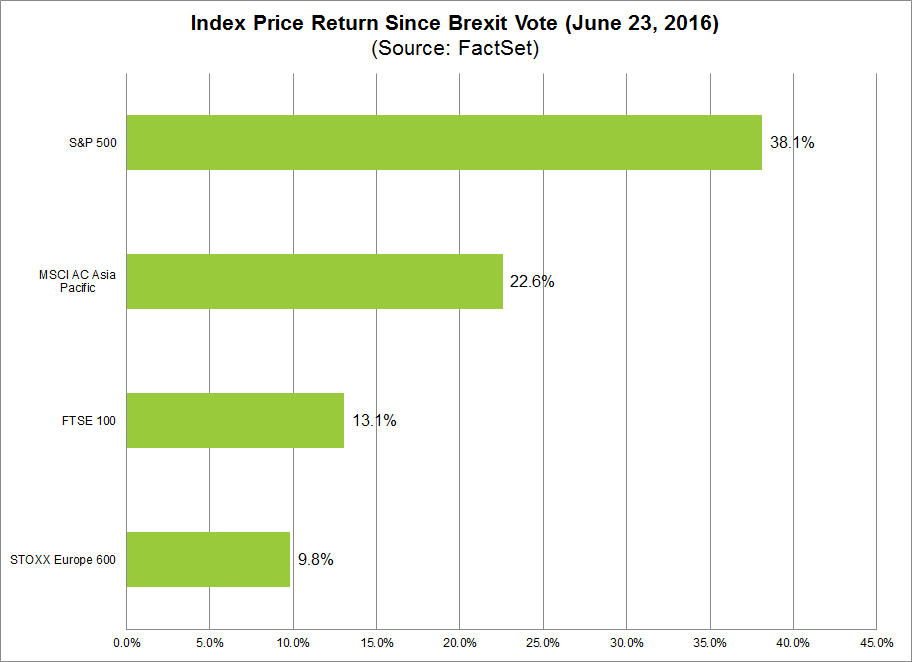 It is interesting to note that four of these five industries (Telecommunications, Utilities, Financials, and Consumer Services) also have more than 50% revenue exposure to the European Union. 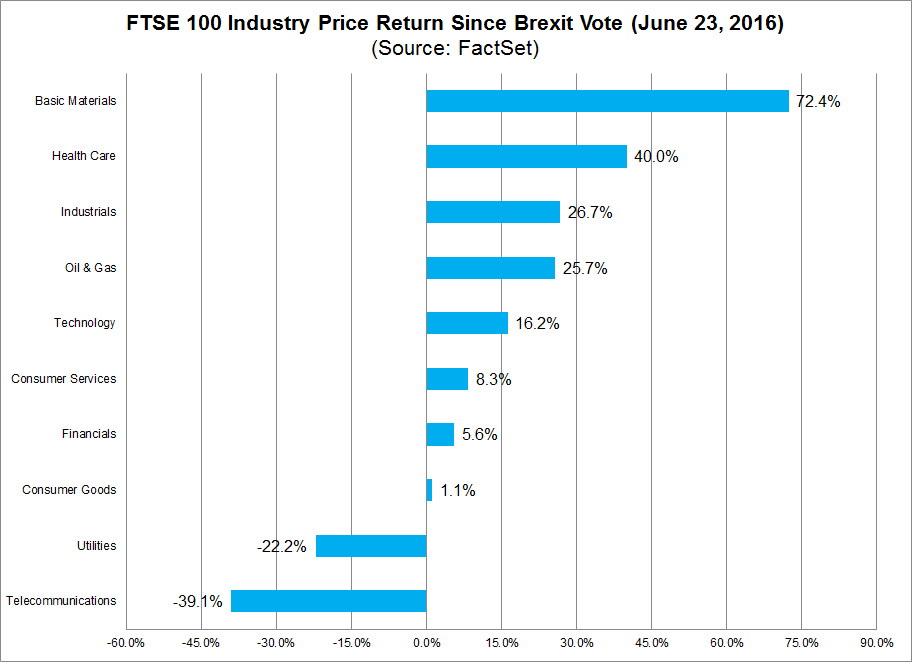 Which UK industries will be impacted by Brexit?

In terms of “Brexit” citations on earnings calls, the majority (23 of 27) of the companies with these citations were in the Financials, Consumer Services, and Industrials industries.

Based on these metrics, it appears the Consumer Services, Financials, Telecommunications, and Utilities industries are more likely to see an impact from Brexit than the other industries in the FTSE 100, as these industries appear on at least two of the three lists for each metric.