Who are the Starboard members leading Darden Restaurants?

The proxy fight led by Starboard Value against Darden Restaurants included 32 press releases, a nearly 300-page Starboard white paper discussing the inefficiencies of Darden Restaurants, a sweep of all 12 board seats by the activist at the annual meeting, the appointment of a new CEO, and a stock price that went from $49.63 on May 1, 2014 (the day prior to Starboard’s filing of a preliminary proxy statement to call a special meeting) to $68.87 as of June 19, 2015. This proxy fight is a textbook example from a year that saw activism turn mainstream, but little attention has been paid to the profiles of the nominees elected to Darden’s Board of Directors, or what they may represent for the future of proxy fights. 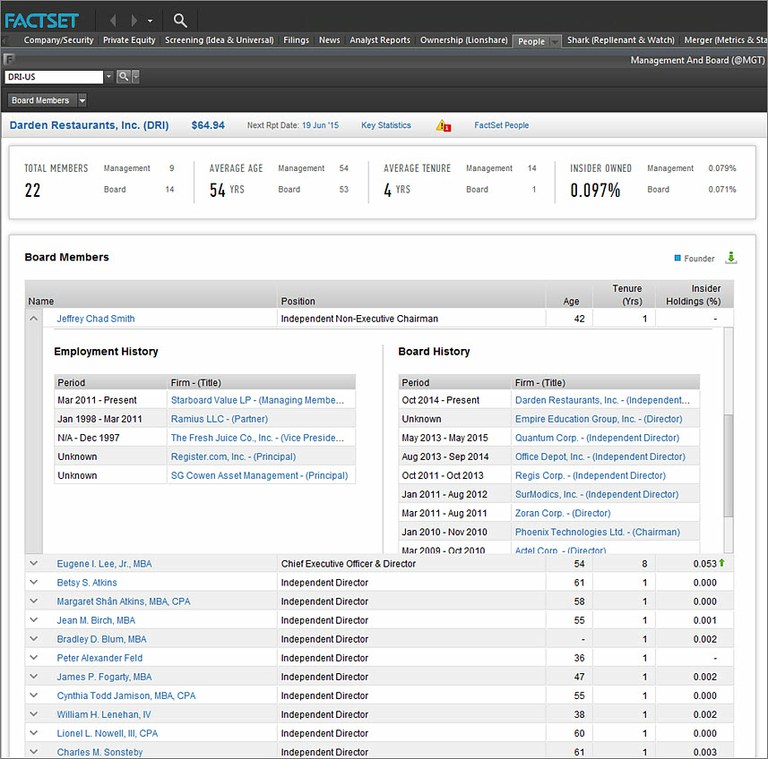 As for the Starboard founders that are now part of the Darden board, both Jeffrey Smith and Peter Feld have director experience. Jeffrey Smith was a dissident director nominee is 21 activist campaigns, all initiated by either Starboard Value or Ramius, but also supported by other activists such as Barington Companies Investors and Arcadia. In addition to Darden, Jeffrey Smith had been elected as a dissident director nominee in eight campaigns, although he is no longer on the board of any of those companies. Peter Feld was nominated on a dissident slate eight times by either Starboard or Ramius, and was elected once to the board of Tessera Technologies, where he currently remains a director. He is also a director at Insperity Inc., where he was given as a board seat as part of the settlement agreement between the company and Starboard. 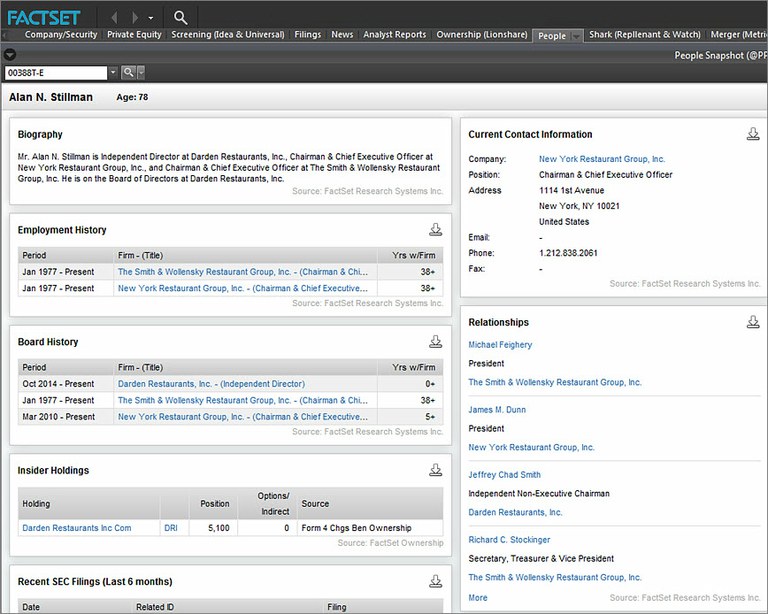 The question is whether the director-candidate pool compiled by Starboard suggests the company has fostered unique relationships with director candidates, or the number of experienced directors willing to accept an activist nomination is growing? Since 2008, 33% of proposals to elect a dissident-nominated nominee have passed. Since 2013, however, the percent of proposals that passed has been 53%, which translates to 136 directors elected, with 63 of those in 2014 alone. Starboard has nominated Jeffrey Smith in 22 of its 56 proxy fights, a ratio that places insider nominations between Carl Icahn, who nominated himself in 13 of 34 proxy fight campaigns, and Bulldog Investors, the fund with the most proxy fight campaigns at 80, who nominated its key individual, Phillip Goldstein, in 40 of its proxy fights. Phillip Goldstein has not been nominated by Bulldog in any of its eight proxy fights announced since the start of 2014, and Jeffrey Smith did not appear on any slate besides Darden in Starboard’s six proxy fights since 2014. 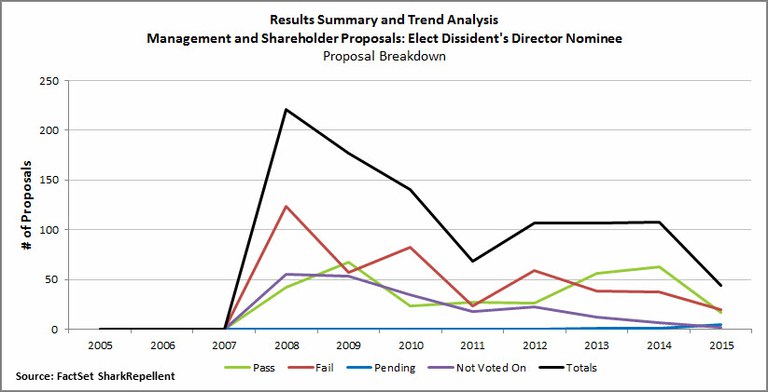 While the corporate world may shudder at the thought of activism becoming mainstream not just with investors but with directors as well, activists nominating such seasoned directors may actually limit the disruption within the boardroom. Experienced, outsider directors are more likely to remain on the board even after the activist has sold out of its position. Furthermore, if such "star" directors become the new norm among activists, then an inference can be made that any activist nomination of an insider suggests the activist could not convince a reputable outside director of its plan for the targeted company. This may not stop certain activists from demanding their inclusion on the board, such as Nelson Peltz proved in the DuPont proxy fight, but it is likely something that investors, and perhaps proxy advisors, will begin to notice. Regardless of the possibility of a more corporate-inclined dissident nominee, companies have nonetheless begun to adopt governance provisions that would act as a disincentive to any candidate serving as a dissident's nominee. Specifically, 343 companies have adopted some form of restriction on third-party compensation to directors. The activist's incentive compensation can be connected to the proposed nominee's candidacy and/or service as a director, which would likely conclude when the activist sold out of its position.