As the curtain falls on 2016, let’s take a look back at the biggest M&A surprises of the year and a shot at predicting the M&A trends of 2017.

In the U.S., mega-deals made headlines–good and bad–with a flurry of regulatory backlash starting the year matched by a flurry of consolidation in health insurance and communications to end the year. 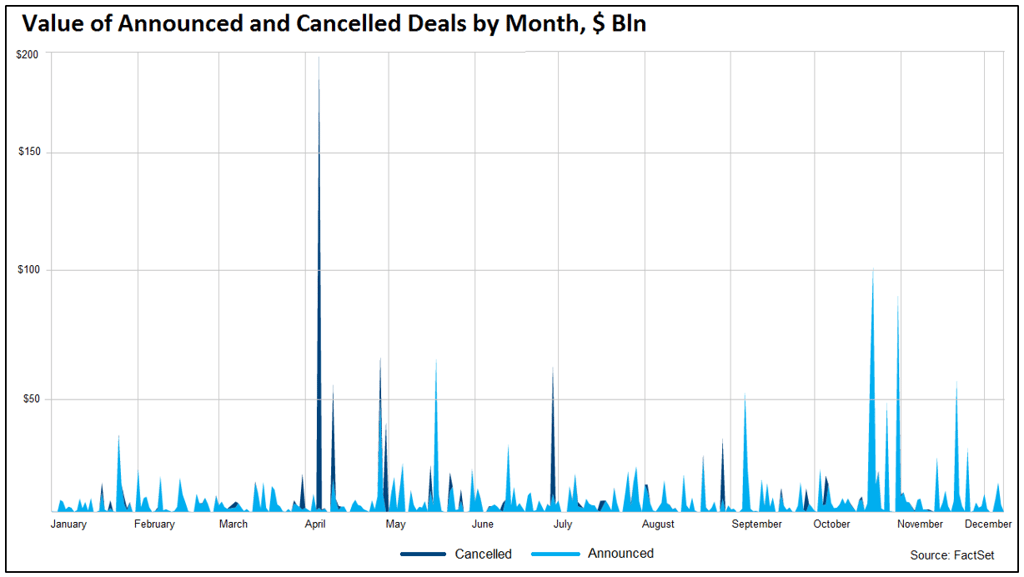 In Europe, the Brexit vote outcome was undoubtedly the big surprise, effectively putting the brakes on UK deal making for the summer and subsequently sent shivers through Europe (which is now facing its own identity crisis). The impact likely just brought forward a decline in M&A that had already begun.

There's been continued decline in M&A growth across major markets and there's no reason to expect a change anytime soon. But with M&A predictions, it's best to apply the Forrest Gump Rule: “you never know what you're gonna get.” This is because no matter the conditions, major players always find ways to execute major deals.

The U.S. is looking at a rate rise in the near future which will likely impact deal financing on the one hand, but with equity markets still churning upwards, stock is a convenient alternative payment option. And if new policymakers in Washington are able to push through some of their proposals, such as allowing cash to be repatriated at more favorable rates, then it will potentially help fuel a mini-M&A cycle, or at least keep the current cycle from contracting too much.

A wholesale change in policy direction could add an element of uncertainty for some industries, but a policy shift one way will likely benefit others another way.

Looking at private equity as a key driver of M&A, we can see the boom that fueled the pre-crisis wave is now moving through the investment cycle with PE owners busy exiting over the last few year–meaning they are sitting on more and more investable cash and ready for another round of buyouts. 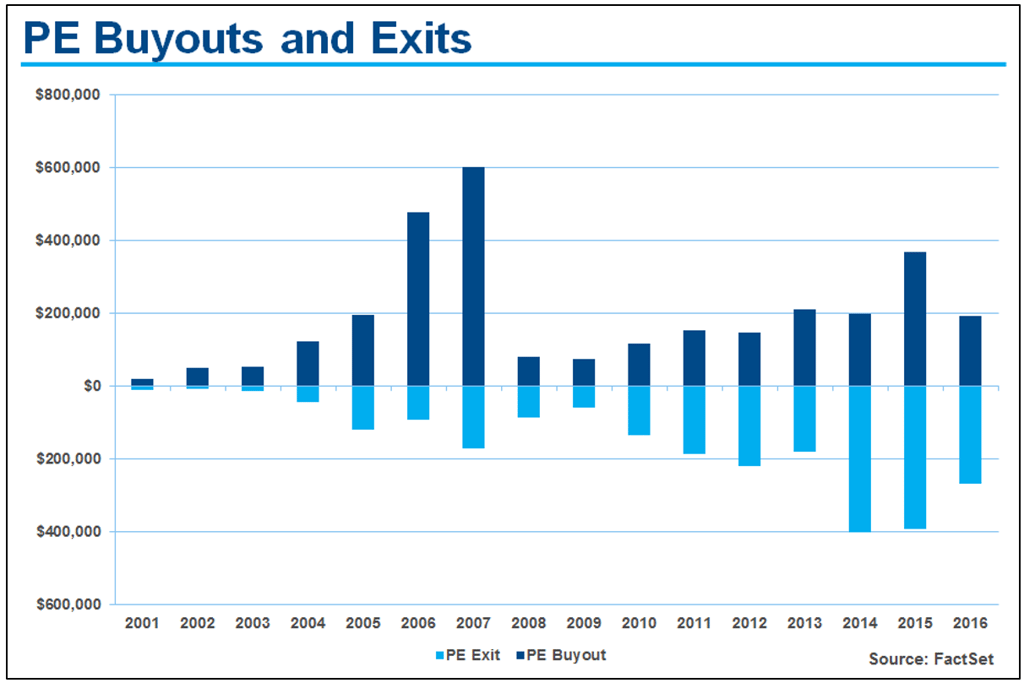 Economically as well as structurally, Europe is going to remain focused on itself, but certainly if there are deals to be made then we shouldn’t be surprised when global dealmakers execute.

China, though a frequent headline maker, is unlikely to see much impact. Given policy proposals in the U.S. and growth issues domestically, China is likely to stay closer to home. However, with the seemingly imminent collapse of the Trans-Pacific Partnership, China is keen to strike where it can outside the U.S. and build new partnerships in the U.S.’s neighborhood. 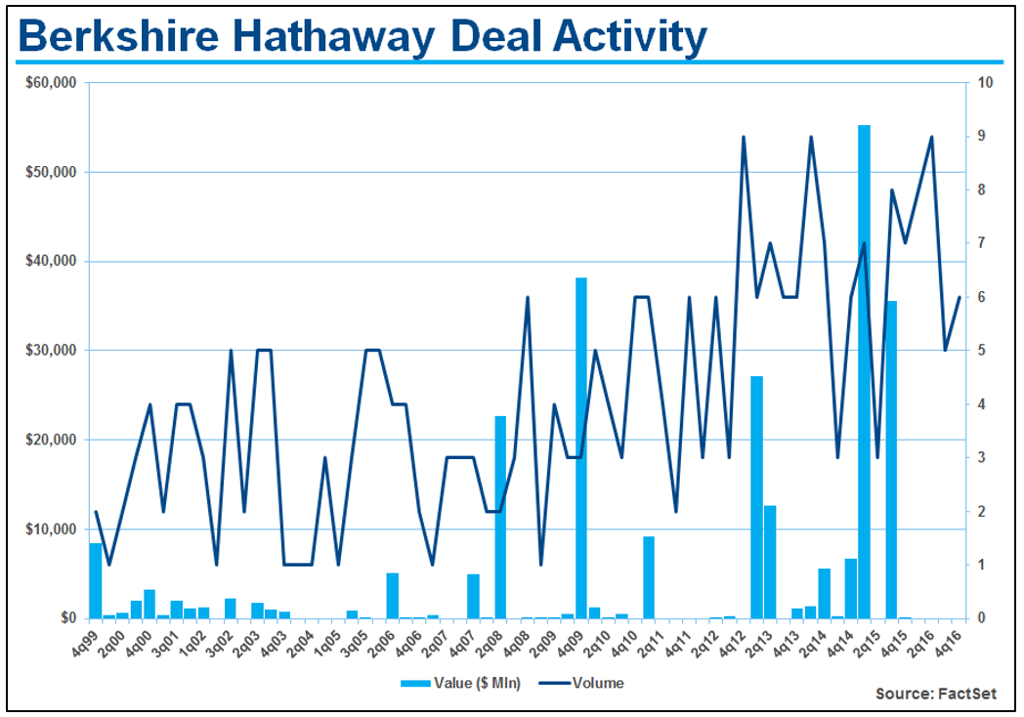 If you want a real prediction though, then we should expect Berkshire Hathaway to be in the market again sometime in the next 12-18 months. The company is a value hunter, after all, and though the market is generally doing well, it will eventually find an opportunity (and hasn't done a sizeable deal in a few years.) Given that Berkshire Hathaway owns See’s Candies, it won’t be the one in for a surprise. The question for the rest of us then is: what industry are they gonna get?