Adding Value To Fixed Income With An EMS

The application of an enhanced execution management system is the next logical step in the evolution of the fixed income trading cycle.

Fixed income markets have lagged in their adoption of trading technologies that are now so familiar in equities markets. Market structure and data quality issues have historically proven to be significant hurdles to overcome for all participants, although that is beginning to change.

Many different protocols and venues have been devised for trading fixed income, although most of them have limited traction. This proliferation has proven a difficult challenge for most order management systems (OMS). They can usually cope with the traditional request for quotation (RFQ), and even some levels of automation around the RFQ process is possible with the right OMS.

However, they tend to struggle with open trading, the “all-to-all” model, where the trader both responds to and initiates requests. OMS haven’t typically been designed for this, whereas it is a function for which the execution management system (EMS) can excel.

The technology underlying most OMS is hindered by its primary purpose of dealing with portfolios and from an architectural standpoint, is not well suited to aggregating the market in real time. Portfolio construction, order management, compliance, and operational controls are generally the sweet-spot of the OMS.

In contrast, the ability to look at the market as a whole, aggregating disparate sources of market data, providing clarity over it, along with decision support, analysis, and automation capabilities, all at or around at point-of-trade, is where a fixed income EMS should be adding value.

Traditionally, and still predominantly, fixed income trades via RFQ. Why? Mostly it comes down to transparency and price formation. It is very difficult, apart from in the most liquid segment of the asset class such as U.S. Treasuries, to determine whether a price displayed, e.g, at an auction or in some dark pool, is actually a price that a trader should be executing a transaction.

Buy-sides typically haven’t had access to the large real-time data sets necessary to drive the process of deriving a fair price for the debt instrument they’re looking to trade. Nor typically have they been through a process of understanding what is the cost estimate of that trade. Yet, transparency drives liquidity, which is available at a price and usually at a premium. The issue is that because of a lack of transparency, buy-side traders don’t know what a fair premium is to pay for that liquidity. This is the crux of the problem.

An EMS can provide aggregation that displays a clear view of all available sources of liquidity and price and highlight opportunities for execution that are complementary to traditional RFQ methodologies.

Why is this so important? We all know best execution has the attention of regulators. Article 27 of MiFID II states that firms must take all sufficient steps to give the best possible outcome on implementing a client order. This means that firms have an obligation to adopt a rational process to demonstrate their best execution policy. They have to have a process in place to show that they’ve taken into account historic implementation of similar order, looked at in the context of current market conditions, and have a rationale to explain circumstances or characteristics that may justify deviating from how a similar order was implemented in the past.

Firms now have a requirement to create this process and demonstrate how they’ve facilitated best execution by following that process: “Telling the story of the trade,” to put it more succinctly.

Here is where an EMS can uniquely differentiate. Some OMS can implement parts of this function, but they lack the ability to capture and integrate all the sources of liquidity to facilitate the required level of price discovery. Once you’ve got a true consolidated view, then advanced execution methodologies such as trade automation, really start to come into their own.

Historic prints, trades and quotes, when aggregated, allow you to perform detailed analysis into hit ratios, failed trades, active dealer/venue combinations, and more. Once you have the data, the analyses become quite straightforward.

The system has to capture all competing quotes, at the time of trade, and derive some kind of benchmark proxy (for instance, constant evaluated price or “best bid, best offer”) against which to calculate implied spreads for all quotes, at which point they can be ranked by venue and party. The next step is to summarize the results across fixed income securities with similar characteristics, and use this consolidated information to drive dealer selection.

Regardless of asset class, most trades arrive in an EMS from a portfolio manager. But, fixed income trading is unique because a major part of the task for a dealer is to be able to come up with so-called “wish-lists”. These include “noise” around a particular bond, such as another trader’s axe or position.

Ideally, you want your trading system to identify these potential sources of liquidity. However, when there is a universe of several million bonds to scrape, that can become quite a challenge. Tools such as FactSet’s Universal Screening provide this function by providing a way to target a list of bonds with the characteristics that you may be interested in. A screening tool integrated with the capabilities of an EMS gives traders a differentiated capability to capture, save, utilize, and act on opportunities.
Moreover, combining universal screening with trading information would enable a firm to derive, for any set of fixed income securities, a series of liquidity metrics, as well as a confidence score, around the likelihood of a given bond to trade. With metrics like these available, orders coming onto the trading desk from the portfolio manager are more likely to be completed.

Although past performance isn’t an indication of future results, when it comes to the evolution of electronic OTC trading, fixed income is closely following in the footsteps of its OTC predecessor, foreign exchange. Prior to the millennium, FX was traded predominately via the telephone, and even today, high-touch FX workflows are still prevalent in the market — although they are fading quickly.

When looking at the electronification of the OTC market, the leading indicator of its success is the liquidity provided within the market itself. Foreign exchange has proven to become a highly liquid market via electronic RFQ, and FI is closely following in its footsteps. Any trader today executing G-10 currencies under $50M is almost guaranteed to trade it electronically in competition. Likewise, in fixed Income, those traders looking for liquidity for on-the-run treasuries and government bonds, can find it electronically in competition via RFQ.

As the evolution continues in fixed Income, it’s reasonable to expect that in time, many liquidity providers will begin to offer liquidity directly to venues via their own pricing APIs in order to realize internal cost efficiencies.

The article has been written in collaboration with Christopher Matsko, VP, Director, Head of FX Trading Services at FactSet.

This article originally ran on www.fixglobal.com 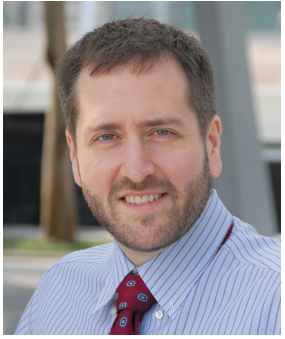 Damian joined Portware in 2007 and is based in Hong Kong.

The Need for Speed: Trading 3.0

FactSet recently hosted an expert panel to discuss how traders can adapt quickly and prepare for future trends and requirements.

Compelling Opportunities for Venture Capital and SPACs in Southeast Asia

While COVID-19 has had a destructive effect on many businesses around the world, the amount of VC funding in Southeast Asia has...

Financial professionals are looking towards AI solutions to help them spend less time on data discovery and more time acting on...