At the sector level, the Telecom Services (100%), Energy (88%), Materials (85%), and Information Technology (84%) sectors have the highest percentages of companies reporting revenues above estimates to date. 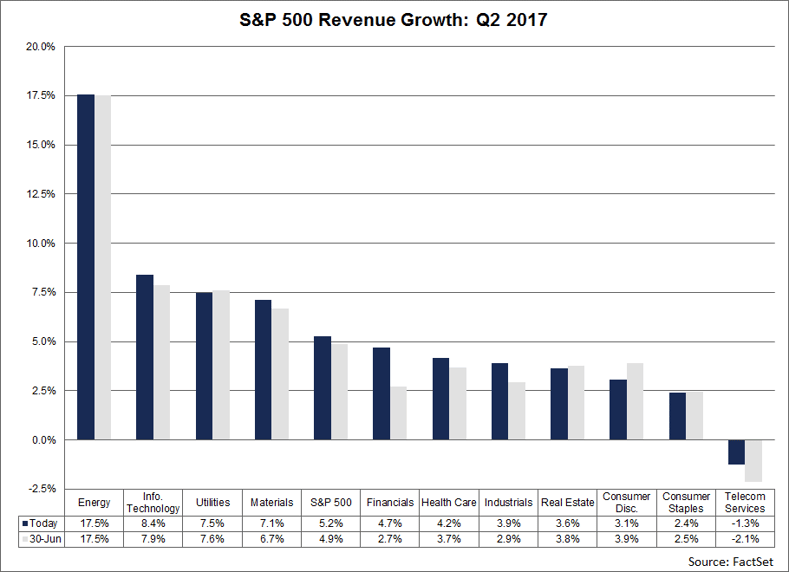 At the sector level, the Energy (+4.2%) and Financials (+2.3%) sectors are reporting the largest upside aggregate differences between actual sales and estimated sales.

Because of the number and magnitude of these upside surprises, the blended revenue growth rate for the quarter has increased to 5.2% today from 4.9% on June 30. The chart on the following page provides a breakdown of the revenue growth rates as of today and as of June 30 by sector.