The Asia Pacific region has continued to deal with COVID-19 outbreaks in the first half of 2022, resulting in the extension of border closures and travel restrictions. China’s strict zero-COVID policy has been one of the main factors holding back both regional and global growth over the last few months. The latest edition of the OECD Economic Outlook cites the conflict in Ukraine and China’s lockdown measures as the key reasons for the sharp downgrade in its 2022 global outlook. The organization now projects that the global economy will grow by 3.0% in 2022, significantly slower than 2021’s 5.8% expansion and 1.4 percentage points below the global economic forecast released in December 2021.

With this in mind, let’s examine some of the data that will guide us in monitoring the Asia Pac economies in 2022.

Wide Range of GDP Forecasts Across the Region

The growth outlook for the Asia Pacific region is somewhat of a mixed bag; however, the broad trend is that the larger countries will see slower growth in 2022 compared to 2021, while smaller countries will see their GDP growth accelerate. Japan is one important exception, with growth expected to increase from 1.7% in 2021 to 1.9% in 2022; however, this is still the second slowest growth in the region, after Hong Kong, China (1.1%). Interestingly, the two economies projected to grow the fastest this year, India (+7.3%) and Philippines (+6.7%), are the two that experienced the worst downturns in 2020 as the COVID-19 pandemic hit.

China’s economic growth is expected to slow considerably in 2022, falling to 4.7% from 2021’s strong 8.1% growth. The most recent quarterly data on China’s economy shows that first-quarter real GDP growth slowed to 1.3% (quarter-over-quarter) from 1.5% in the fourth quarter of 2021. Strict lockdowns in the key economic centers of Shanghai and Beijing in response to a new wave of COVID-19 in March are expected to suppress growth into the second quarter. Recent data shows that retail sales fell 11.1% year over year in April, on top of March’s 3.5% decline. In addition, April industrial production contracted 2.9% year over year, its first decline since the first quarter of 2020. Economists surveyed by FactSet are projecting that the economy will contract by 2.1% in the second quarter. 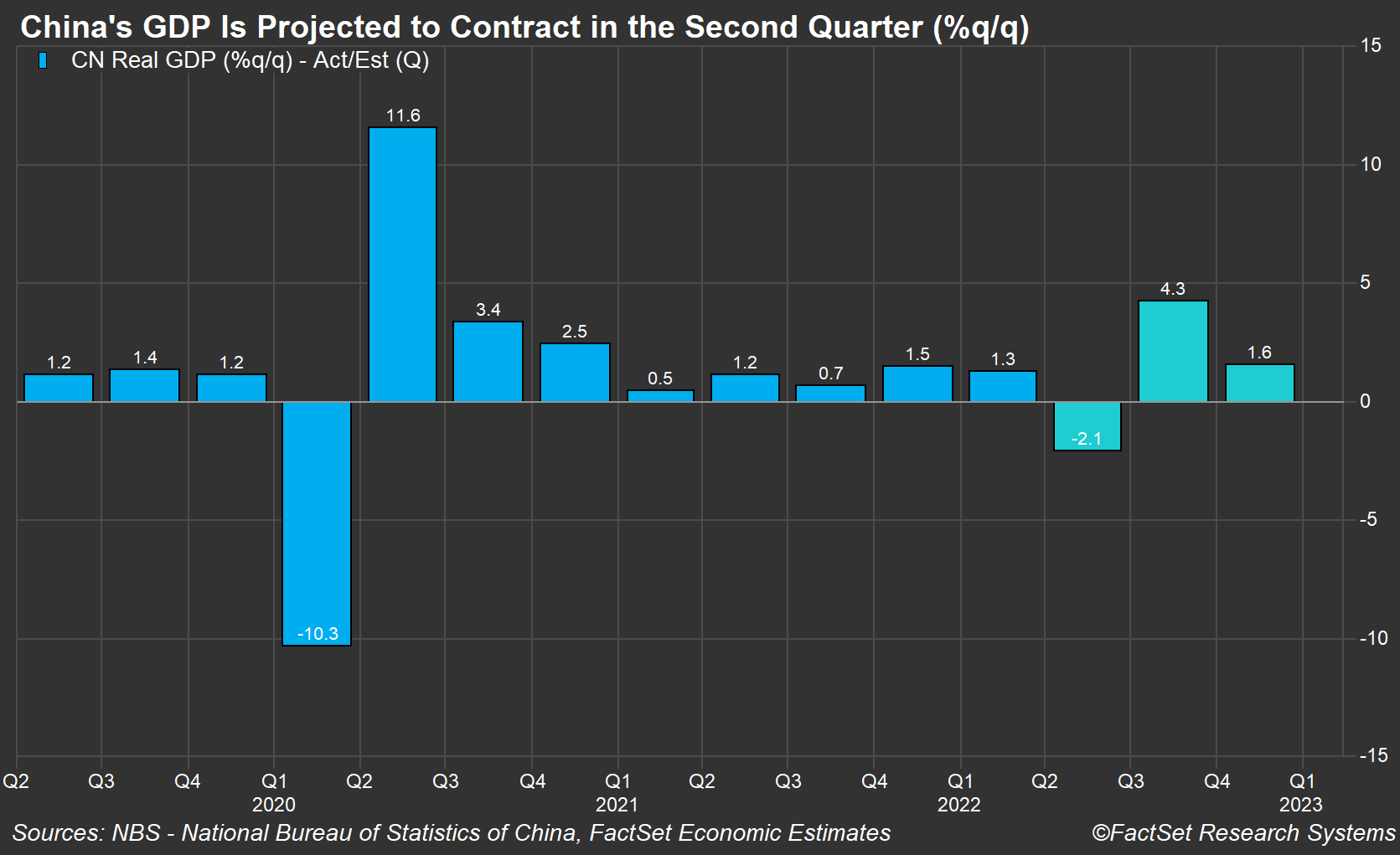 While inflation has increased across the region, for the most part, the growth rates have not been of the same magnitude as in Europe and the United States. The main exception is India, where the country’s dependence on imported oil, coal, and fertilizer is pushing prices up faster than in most other countries in the region. In Japan, which has struggled with deflation for the last three decades, surging global energy prices have pushed inflation to levels not seen since 2014 and 2015, the last time oil prices surpassed the $100/bbl level. 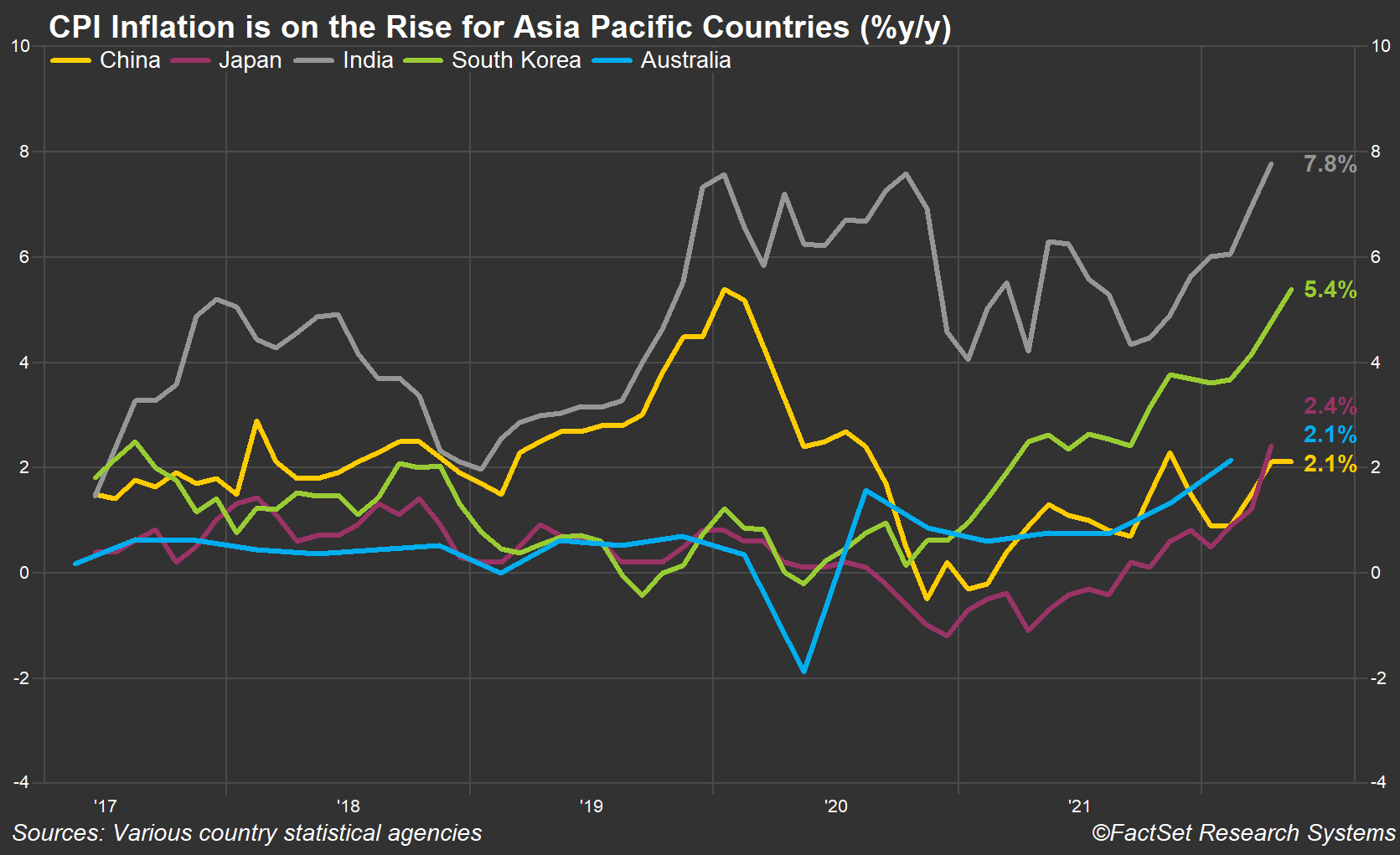 We’re seeing central banks in some Asia Pacific countries aggressively raising rates to combat rising inflation. New Zealand and South Korea have already seen five interest rate hikes in this cycle, with the actions by the Reserve Bank of New Zealand totaling 175 basis points since October 2021. Australia, Hong Kong (China), and India are next with two hikes, followed by Malaysia and Philippines with one hike each. Analysts surveyed by FactSet are expecting more rate hikes in the second half of the year and into 2023, with the largest increases expected in Hong Kong and New Zealand. 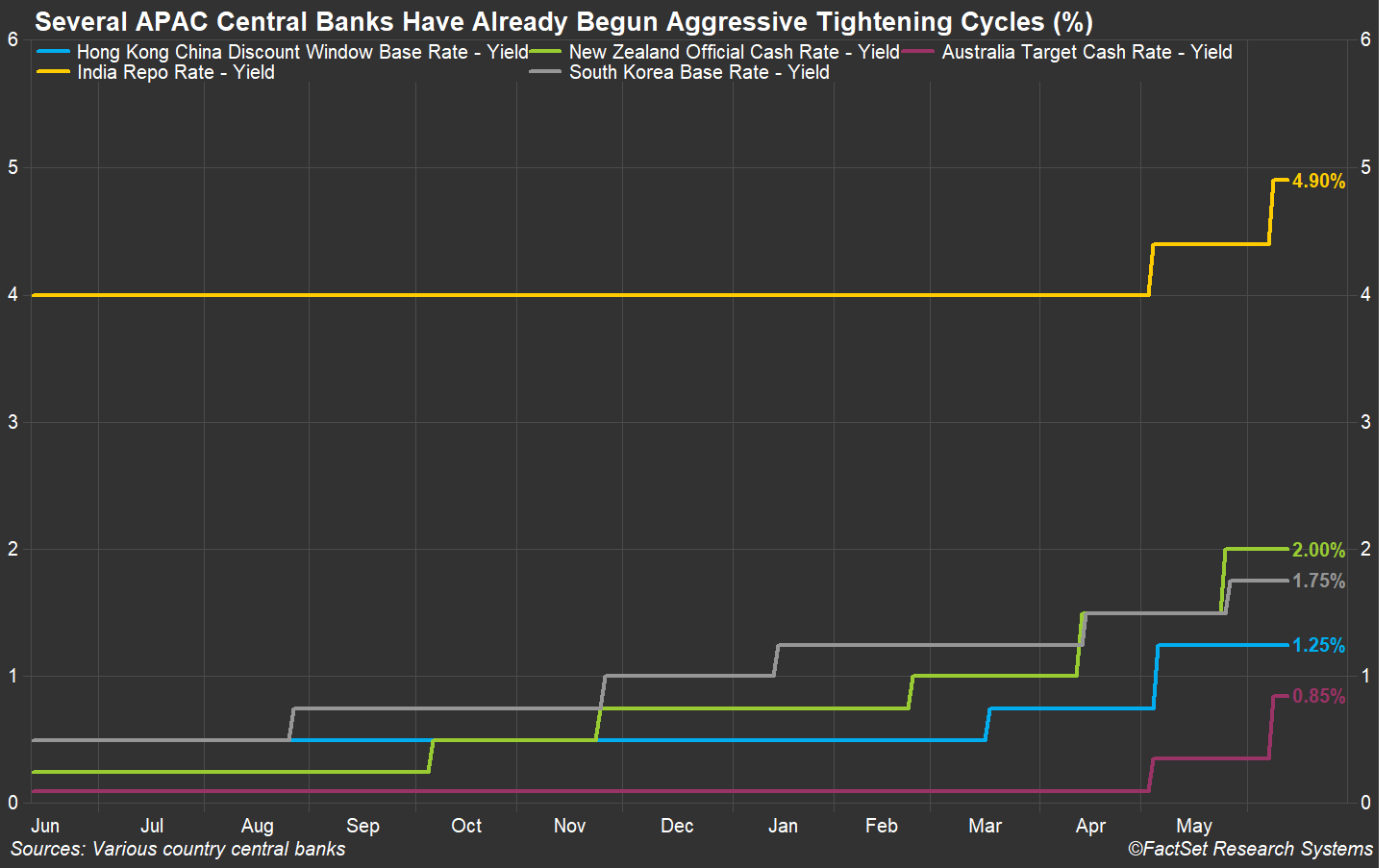 While other central banks around the world are raising interest rates, the Bank of Japan’s key policy rate remains in negative territory, at -0.1%. This has led to a sharp depreciation in the yen, which is currently trading above 134 against the U.S. dollar, its weakest level in 20 years. Combined with rapidly rising global oil prices, this has led to a sharp increase in import prices. In May, Japan’s yen-based import price index grew at a record annual pace, showing a year-over-year increase of 43.3%. For this import-dependent economy, these dramatic price increases come on top of ongoing concerns about COVID-19 and the strength of Chinese goods demand. 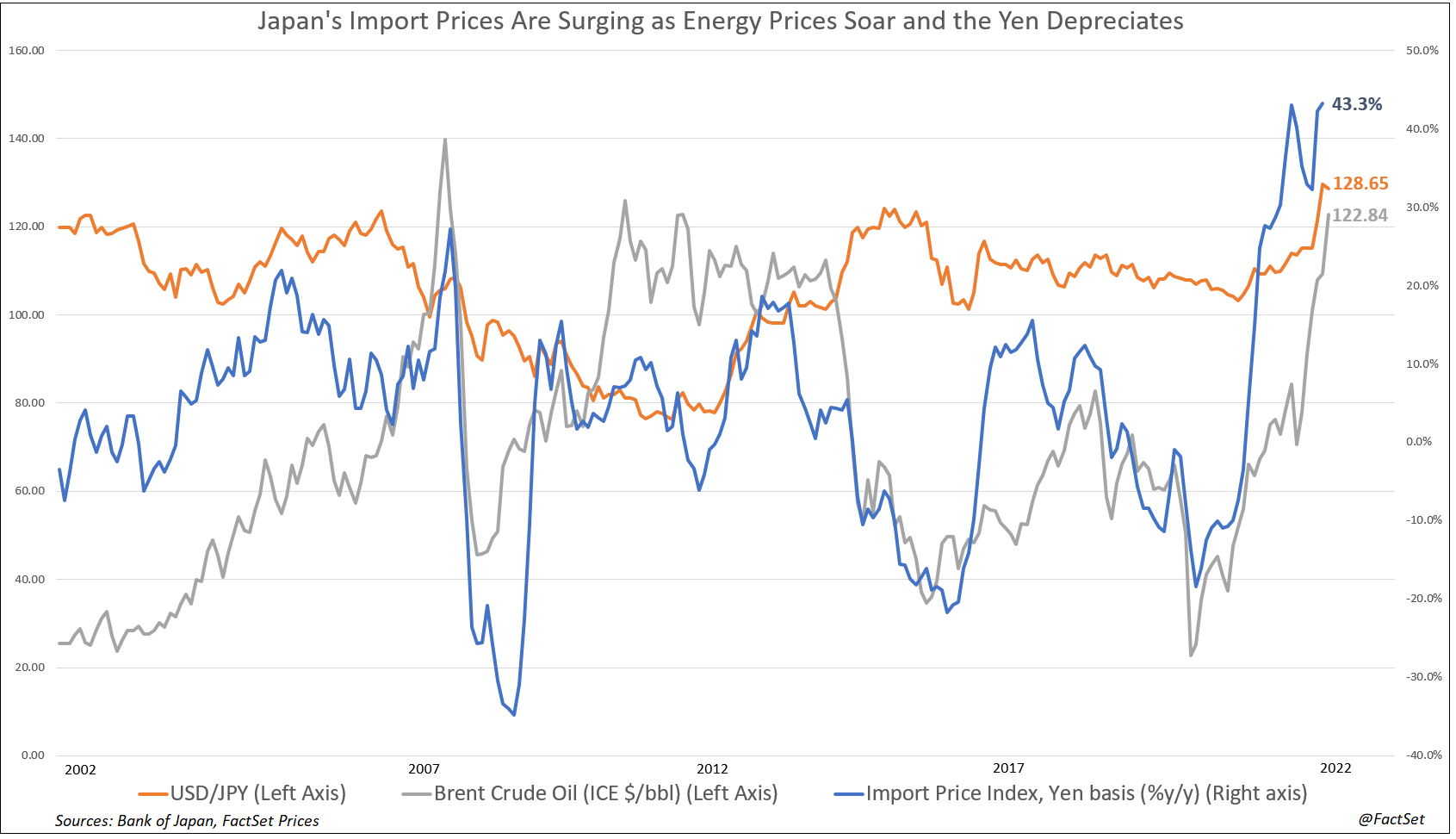