Have S&P 500 Earnings Expectations for 2018 Increased Since the Tax Law Passed?

During the fourth quarter, a number of S&P 500 companies made positive comments about the potential benefits of tax reform. On December 20, Congress passed the tax reform legislation, and President Trump signed the bill into law a few days later. Since this date (and ahead of the fourth quarter earnings season), have analysts increased their earnings expectations for S&P 500 companies for 2018? 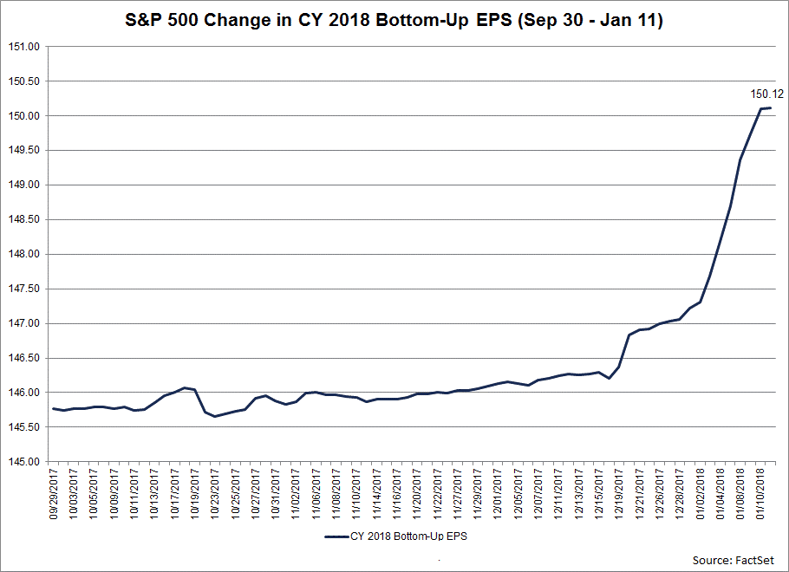 This represents the largest increase in the annual EPS estimate for the index over this time frame (December 20 through January 11) since FactSet began tracking this data in 1996. 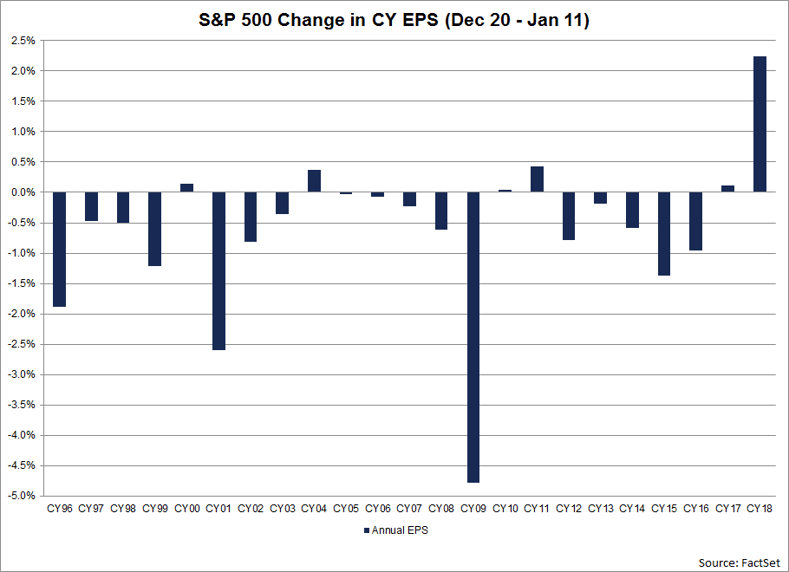 At the sector level, nine of the 11 sectors have recorded an increase in their bottom-up EPS estimates for 2018 during this window, led by the Financials sector (+8.3%).

How much has the tax law contributed to this increase in earnings expectations for 2018? It clearly had an impact on the increase, but it is difficult to quantify the overall amount. Not all analysts have revised EPS estimates since the tax law passed, and analysts that have revised estimates may not have incorporated the impact of the tax law.