Over the last month there has been a flurry of high-level communications on MIFID II and Brexit. This article considers each in turn to discern what market participants might expect over the medium term in relation to these developments.

Dr. Kay Swinburne, a chief architect of MIFID II and current Vice Chair of the European Parliament’s Committee on Economic and Monetary Affairs, kicked matters off by delivering a speech at a financial technology forum on the topic of MIFID II and the liquidity landscape post-Brexit.

The speech was notable for its emphasis on the highly politicized environment across Europe and the impact this was having on EU institutions and their legislative agendas. Attention was drawn to the political context against which MIFID III would emerge, including the upcoming European Parliamentary elections, set to occur as far-right populism is making its presence felt in several of the more influential Member States. It was also pointed out that following these elections, new commissioners will be appointed, there will be a new President of the European Commission, a new Chair and Board of the ECB, as well as top level changes within the Single Supervisory Mechanism.

Dr. Swinburne further pointed out that many of these appointees will not have been involved when MIFID II was first formulated and will not have an appreciation of the principal motivations behind its drafting. In this regard a stark comparison was made between the pragmatic, technocratic approach taken in the formulation of MIFID II compared with what she saw as deeply political motives driving MIFID III. Nevertheless, Dr. Swinburne confirmed that MIFID III would not produce the same level of seismic upheaval that MIFID II heralded. Instead, it would focus on fine tuning the existing regime, notably in relation to third-country provisions and transparency measures.

In a letter to European Commission Vice President Valdis Dombrovskis published on October 1, Steven Maijoor, Chair of the European Securities and Markets Authority (ESMA), raised concerns about the fragmentary and inconsistent nature of the current MIFID II third-country regime and the lack of adequate supervisory oversight and enforcement powers it provided to ESMA and Member State regulators over third-country firms. In his opinion, a harmonized and strengthened regime, which should also cover reverse solicitation and outsourcing provisions, would deliver greater legal certainty, diminish regulatory arbitrage, better protect consumers, and make the EU more competitive. Although couched in technical language, the letter was arguably a political statement of intent from ESMA to implement protectionist measures in the wake of Brexit.

The next day, Charles Randell, Chairman of the UK Financial Conduct Authority (FCA), delivered the UK’s counter-position during a speech at the annual conference of the Association for Financial Markets in Europe (AFME) held in London. Ostensibly a speech about the cycle of deregulation, crisis, and regulation, the speech served as a platform from which to pitch the FCA’s post-Brexit position. For Randell, the UK’s withdrawal from the EU is not an opportunity to join a race to the bottom in regulatory standards and he did not regard financial regulation as a zero-sum game. Rather, he saw Brexit as a catalyst for the FCA to redouble its efforts to engage with policymaking and regulatory colleagues in Europe and across the world. If this was an attempt to extend an olive branch to Europe, it appears they were not particularly interested.

The very next day, Steven Maijoor addressed the World Federation of Exchanges’ Annual Meeting in Athens, Greece, on the the state of implementation of MIFID II and preparing for Brexit. The first part of the speech was dedicated to the bewilderingly complex MIFID II transparency regime, where it was noted that, at present, there was little evidence to suggest MIFID II’s new transparency rules had brought sufficient trading volumes into the light. Nevertheless, Maijoor conceded that the transparency regime was still in its infancy, sufficient data is not yet in, and the market has not had much time to adapt to the new landscape.

Maijoor emphasized ESMA’s commitment to intensive oversight of the transparency regime and in particular the conduct of trading venues, MTFs, and systematic internalizers, especially in relation to the use of periodic auctions and of waivers that permit unlit trading such as "Large in Scale" order waivers and the negotiated trade and reference price waivers, noting that the latter two are capped by the double volume cap (DVC) mechanism.

This speech was delivered while an initiative to bring systematic internalisers within MIFID II’s tick size regime was making its way through the European Parliament and followed hot on the heels of ESMA’s decision to name and shame venues for not reporting sufficient data to enable ESMA to properly oversee the regime and undertake DVC calculations.

Maijoor then discussed MIFID II third-country provisions, where he reiterated the points he had made in his letter to Dombrovskis. This served as a neat segue into the final topic of the day: Brexit. Here Maijoor emphasized the risks associated with a failure to implement suitable transitional measures and in this regard he confirmed that ESMA were seeking Memoranda of Understanding (MOUs) with the UK’s FCA before the end of March 2019 to ensure continuity of investment management mandates delegated to UK firms.

On the subject of firms relocating to EU27 countries, he emphasized the importance of a consistent approach to authorization that prevented the emergence of regulatory arbitrage including letterbox entities and a regulatory race to the bottom. Finally, on Brexit in general, taking a very different tack to that of Charles Randell the day before, he stated that “While recognizing that our respective financial markets will remain strongly interconnected, we need to avoid less effective regulation and supervision and a negative impact on the level playing field. We are considering all potential available tools to do so." He gave as an example of the willingness to take such steps, the recent decision to permit Member States to include outside pools of liquidity (notably in Switzerland) when calculating tick sizes, to ensure there was a level playing field between EU and third-country trading venues.

Two days later, Verena Ross, Executive Director of ESMA, delivered a speech at the Institute of International and European Affairs in Dublin, Ireland, on the impact of Brexit on the European Asset Management Industry, where the messages of Maijoor on regulatory arbitrage and continuity arrangements were repeated with the additional warning that the MOUs mentioned by Maijoor were contingent on the overall Brexit negotiations and in the absence of such arrangements the market could suffer disruption including sizable capital outflows from EU funds. Ross also emphasized the importance of portfolio risk management in relation to UK exposures, noting that as of Q1 2018, EU funds had an €840bn exposure to the UK, notably through fixed income securities. In this context, the increased market sensitivity to Brexit developments was also emphasized.

The political message is stark: the EU will protect its market vigorously and will take all steps necessary to remain competitive with third countries. Save for concessions around continuity measures, the EU is playing hard ball in response to Brexit. By contrast, the FCA seem to be taking a distinctly meek approach, which ESMA appears to be ignoring.

In the current climate it is difficult to avoid seeing such sectoral developments as anything other than a proxy battle between the EU and the UK over Brexit. However, taking a step back and viewing matters dispassionately, it is clear that MIFID II’s third-country measures will benefit from reform. Moreover, further calibration of the transparency regime was always anticipated and indeed it is written in to the text of MIFID II. As such, MIFID III is likely to have limited impact beyond tweaks to the transparency regime. The real story is the strengthening third-country rules, a direct political protectionist response to Brexit. 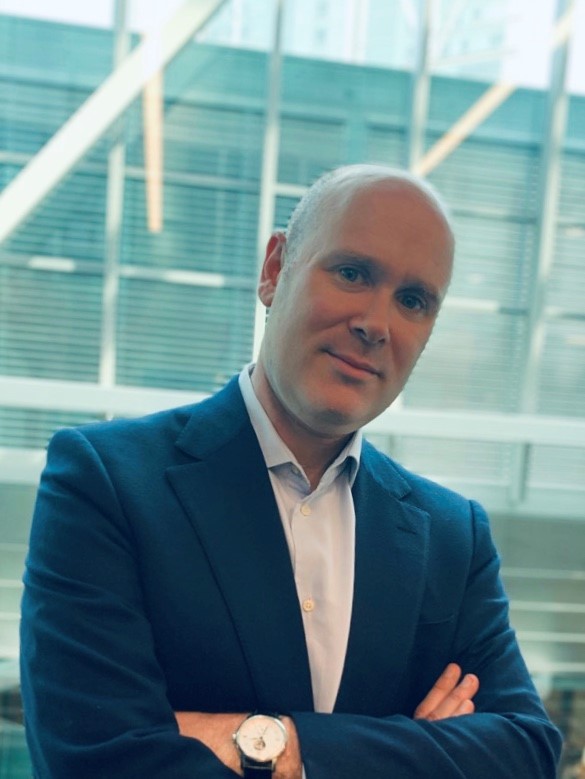 Mr. Barrie Ingman is a member of FactSet’s Regulatory Solutions Group. He is responsible for research, strategy, advisory services, product design, and thought leadership. He has won numerous academic and professional awards including most recently the 2018 Lombard Prize for best post-graduate thesis on finance in the UK, presented by the Worshipful Company of International Bankers. Mr. Ingman started his career at the Treasury Solicitor’s Department defending Judicial Review applications made against the government, before joining the FCA, where he investigated and brought cases of market abuse. He spent the following 15 years working for several of the world’s leading investment banks across Europe and in the U.S before joining FactSet. He has been published extensively in numerous leading law journals with recent articles on shadow banking and the MiFIR transparency regime published in the Journal of International Banking Law and Regulation in 2018 and 2019 respectively. Mr. Ingman is a qualified barrister and solicitor, graduating with distinction from law school, business school (MBA), and university earning an LLM in Law and Finance from Kings College, London.

Thousands of emergency regulatory measures have been adopted across the globe in response to the COVID-19 pandemic.

Regulatory Stories Dominating The Conversation This May 2020.