Given the above-average negative sentiment in EPS guidance, how has the market responded to negative EPS guidance issued by S&P 500 companies for the first quarter?

It is interesting to note that S&P 500 companies that have reported negative EPS surprises (actual EPS below the mean EPS estimate) for the fourth quarter have  witnessed the smallest negative price reaction (-0.7%) on average (over this four-day window) since 2009. Please see our previous article on this topic for more details, S&P 500 Companies See Best Price Reaction to Negative EPS Surprises in Nine Years. 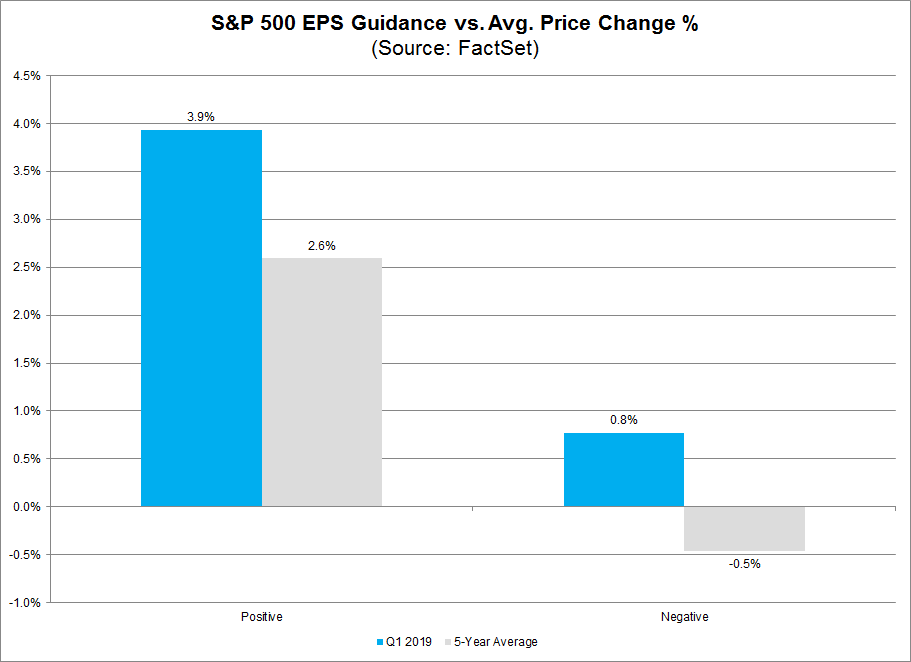 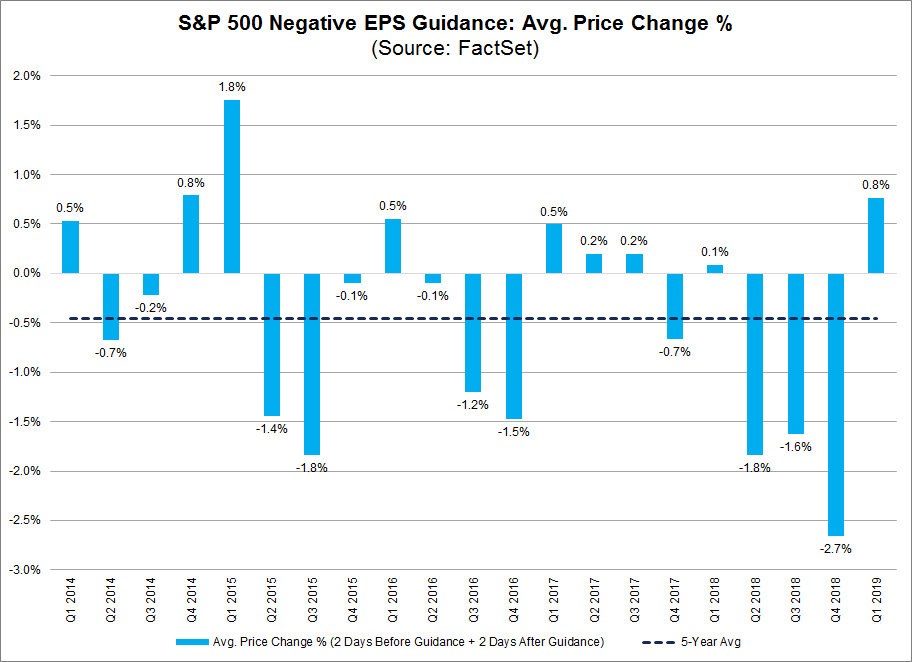