Given the below-average performance of actual earnings relative to analyst estimates and the below-average improvement in the earnings growth rate over the past few weeks, how has the market responded to negative EPS surprises during the Q4 earnings season? 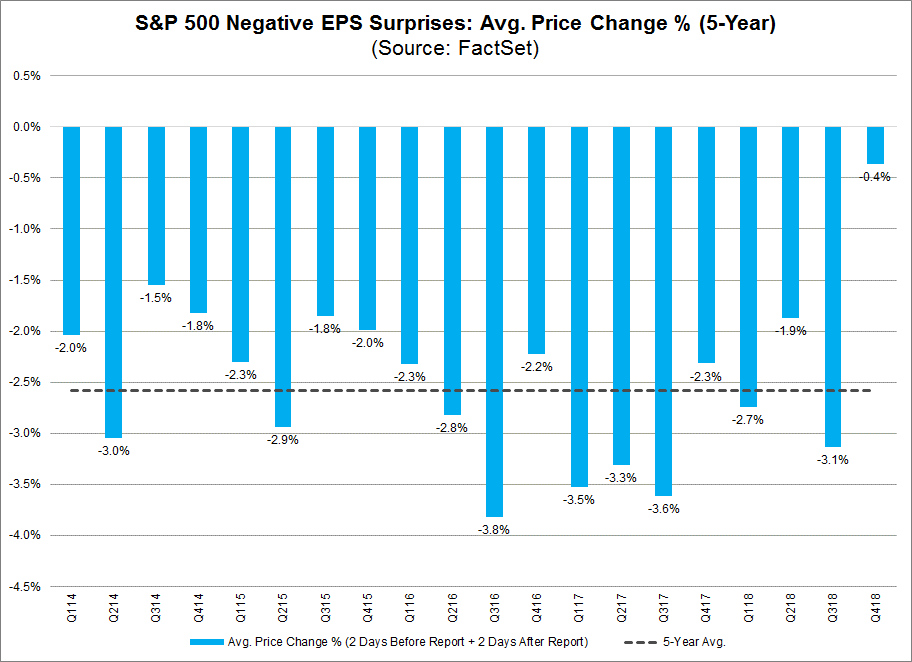 If the final percentage for the quarter is -0.4%, it will mark the smallest average price decline over this four-day window for S&P 500 companies reporting negative EPS surprises since Q2 2009 (-0.2%).

Why isn’t the market punishing companies (on average) that have reported negative earnings surprises? It is likely not due to EPS guidance or analyst revisions to EPS estimates for the first quarter. To date, 76% (59 of 78) of the companies that have issued EPS guidance for Q4 have issued negative guidance. This percentage is above the five-year average of 71%. In aggregate, analysts have made larger cuts than average to first quarter EPS estimates (-5.8%) during the first half of the quarter.