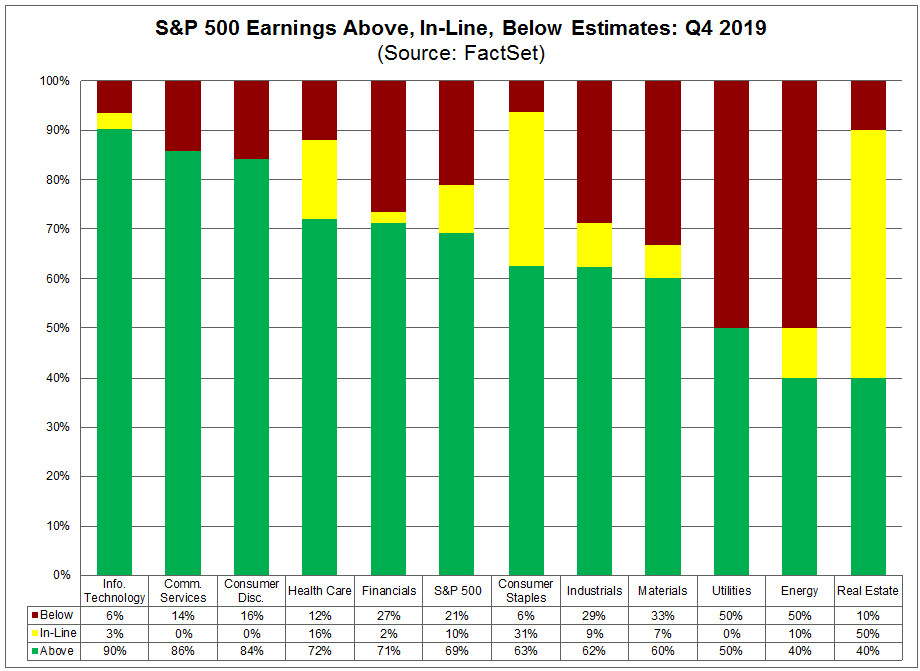 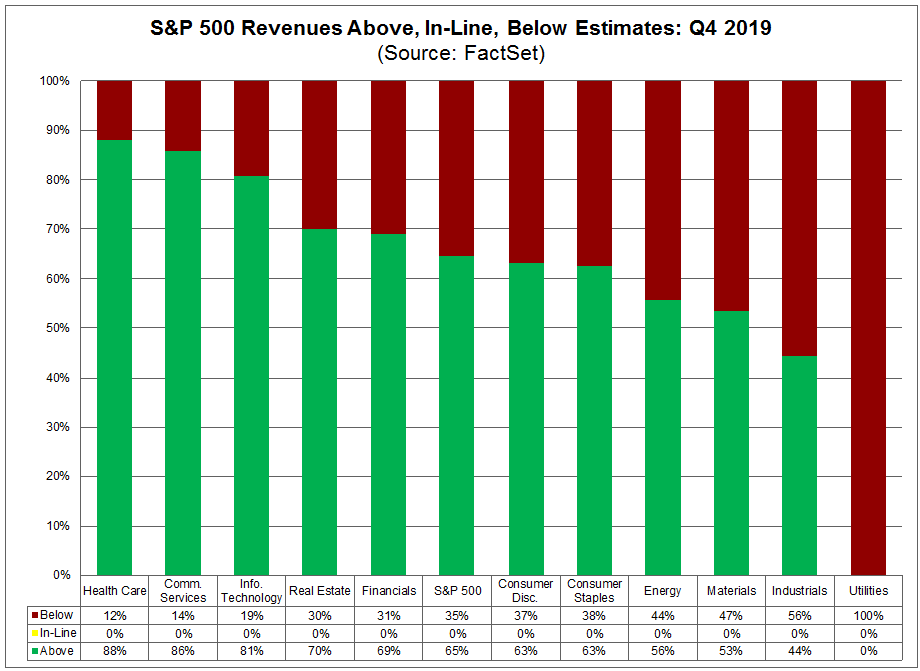 The blended (combines actual results for companies that have reported and estimated results for companies that have yet to report) earnings decline for the fourth quarter is -0.3%, which is smaller than the earnings decline of -1.8% last week. Positive earnings surprises recorded by companies in the Information Technology and Consumer Discretionary sectors, partially offset by negative earnings surprises reported by companies in the Industrials sector, were mainly responsible for the decrease in the overall earnings decline during the week. If -0.3% is the actual decline for the quarter, it will mark the first time the index has reported four straight quarters of year-over-year declines in earnings since Q3 2015 through Q2 2016. Seven sectors are reporting year-over-year growth in earnings, led by the Utilities sector. Four sectors are reporting a year-over-year decline in earnings: Energy, Industrials, Materials, and Consumer Discretionary. 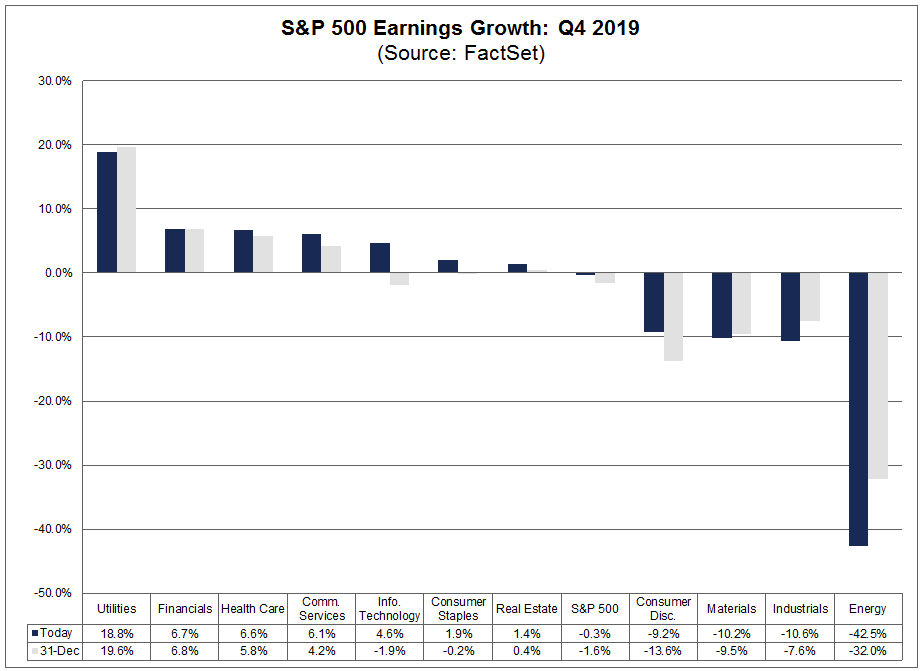 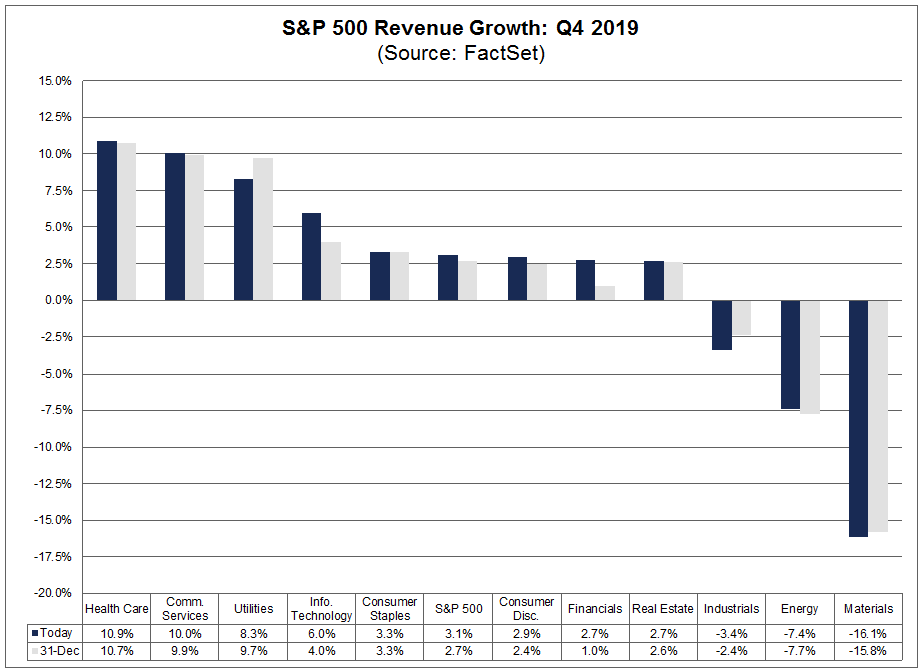 During the upcoming week, 94 S&P 500 companies (including two Dow 30 components) are scheduled to report results for the fourth quarter.