Over the past five years on average, actual earnings reported by S&P 500 companies have exceeded estimated earnings by 4.9%. During this same period, 72% of companies in the S&P 500 have reported actual EPS above the mean EPS estimate on average. As a result, from the end of the quarter through the end of the earnings season, the earnings growth rate has typically increased by 3.6 percentage points on average (over the past five years) due to the number and magnitude of positive earnings surprises. 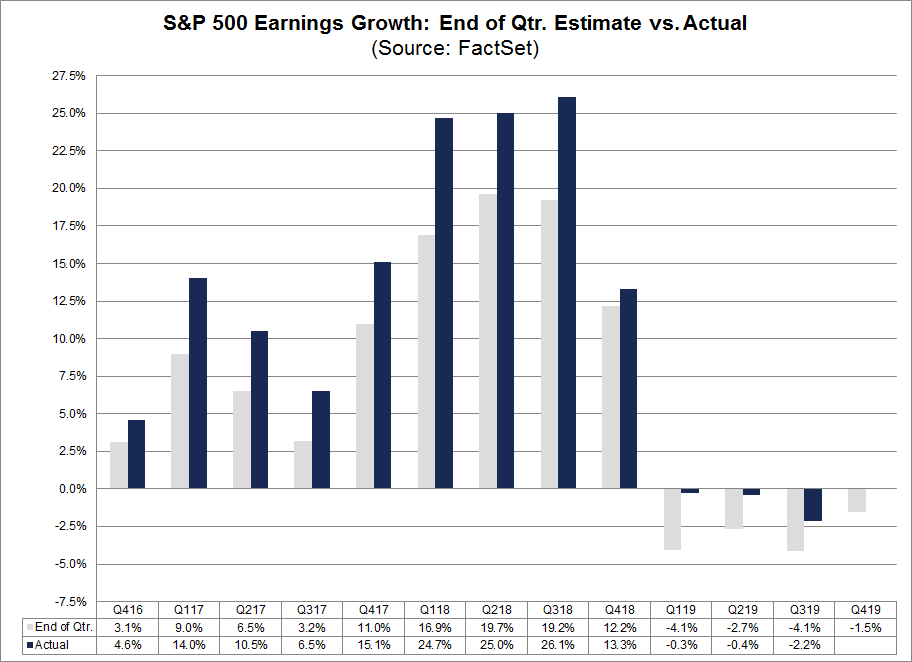