The market continues to be concerned about higher inflation. Consumer prices increased by 8.5% in March, which was the largest year-over-year increase since 1981. Given these concerns, what is the S&P 500 reporting for a net profit margin for the first quarter? 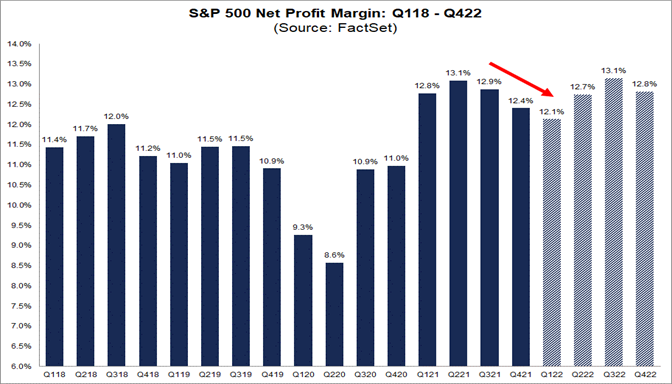 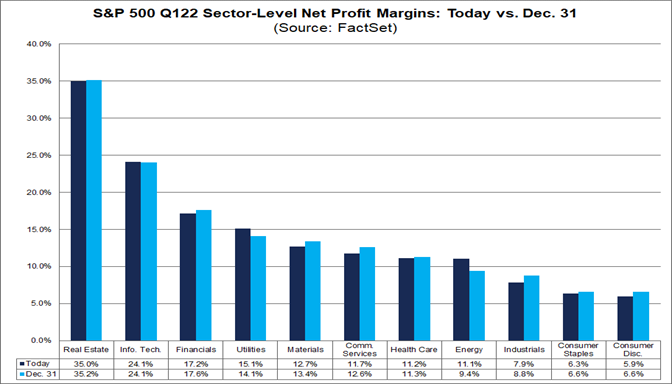 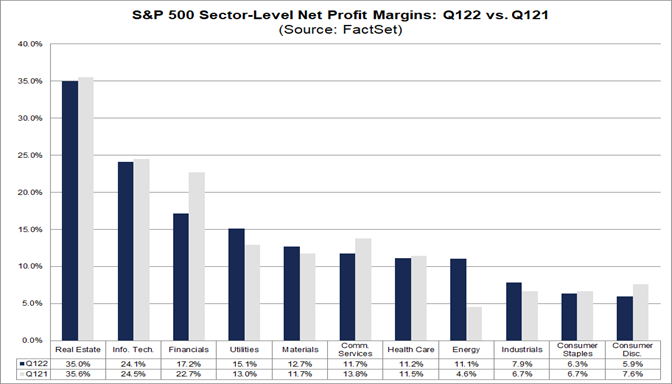 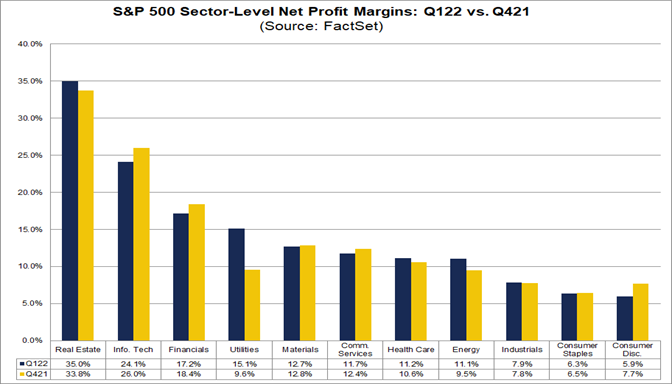 What is driving the decline in net profit margins for the S&P 500? Higher costs are likely having a negative impact on net profit margins. Producer prices increased by 11.2% in March, which was the largest year-over-year increase on record. During the previous earnings season, 356 S&P 500 companies cited “inflation” on earnings calls for the fourth quarter, which was the highest number in at least 10 years. However, companies are also raising prices to offset these higher costs, as the S&P 500 is projected to report revenue growth above 10% for the fifth straight quarter.