Based on the average change in earnings growth due to companies reporting positive earnings surprises during each earnings season, it is likely the index will report a slight year-over-year decline in earnings in Q3. 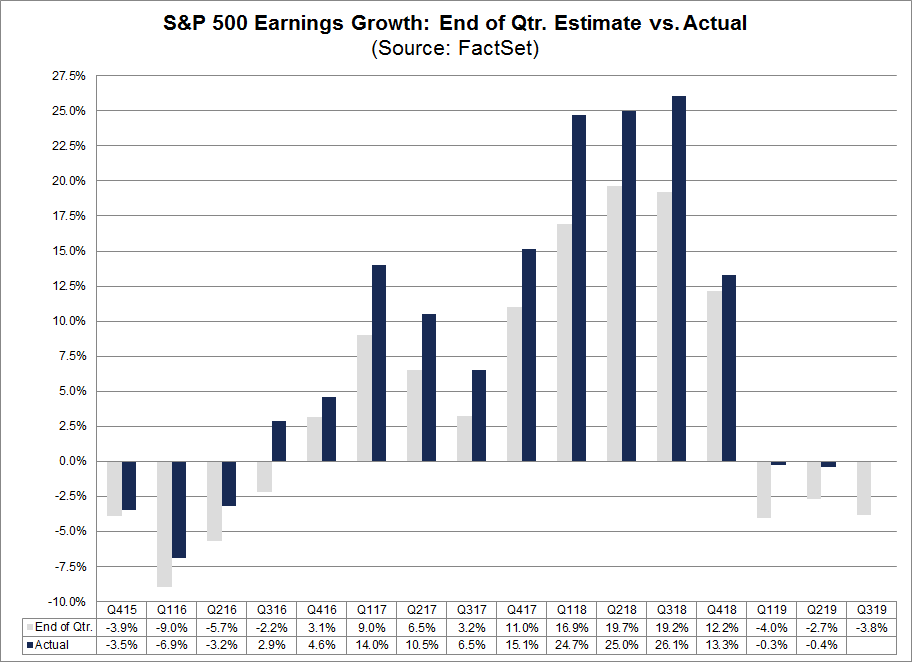 Over the past five years on average, actual earnings reported by S&P 500 companies have exceeded estimated earnings by 4.9%. During this same period, 72% of companies in the S&P 500 have reported actual EPS above the mean EPS estimate on average. As a result, from the end of the quarter through the end of the earnings season, the earnings growth rate has typically increased by 3.7 percentage points on average (over the past five years) due to the number and magnitude of positive earnings surprises.

If the index does report a year-over-year decline in earnings in Q3, it will mark the first time the index has reported three straight quarters of year-over-year earnings declines since Q4 2015 through Q2 2016.