In recent months, much has been said about special-purpose acquisition companies (SPACs) due to their precipitous rise and fall in popularity within a short time span. While SPACs, also known as blank check companies, have been around for decades, they became especially popular during the COVID-19 pandemic.

SPACs are formed specifically to raise capital through an initial public offering (IPO) in order to acquire or merge with an existing company within a specific period of time. SPACs turned out to be very appealing because of their perceived cheaper cost, speed, and lower regulatory burden compared to traditional IPOs. In fact, SPACs made up the majority of IPOs in 2020 and 2021.

However, capital markets have softened in 2022 and the number of IPOs and SPACs is down sharply.

In line with the rise in SPACs, we saw an increase in the launch of SPAC ETFs in 2020. This coincided with the early buzz from prominent firms, venture capitalists, and start-ups who embraced SPACs—even celebrities promoted SPACs. In September 2020, Defiance launched Next Gen SPAC Derived ETF SPAC (SPAK), the first ETF to offer exposure to SPACs (and SPAC-derived companies). At year end, SPAC and New Issue ETF (SPCX) launched, becoming the first actively managed ETF to target SPACs. 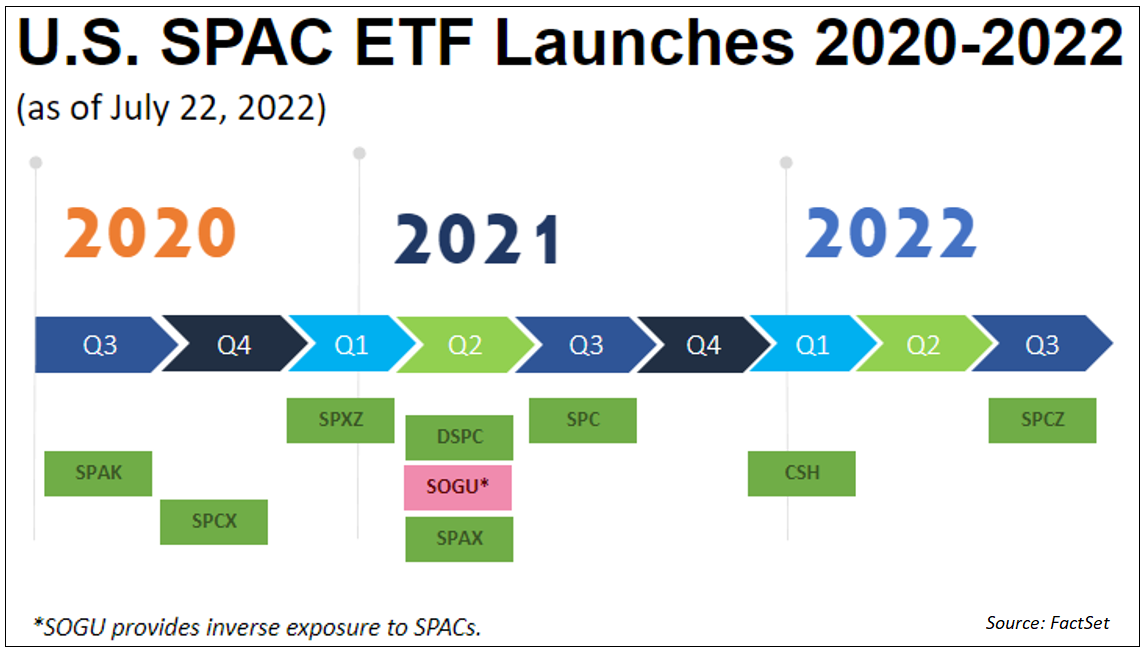 In 2021, a record 613 SPAC IPOs came to market compared to just 59 in 2019. The year saw more SPAC-centric ETF launches (SPXZ, DSPC, SPAX, and SPC) that targeted SPACs at various stages of their lifecycle. SOGU launched in May 2021 to provide inverse exposure to SPACs. (Note: In July, SPXZ announced that it would be liquidating, with the last day of trading on August 17.)

It was also in 2021 that sentiment for SPACs shifted significantly as the new offerings exhibited poor price performance. Around the same time, due to the spike in SPAC activity, the U.S. Securities and Exchange Commission (SEC) expressed concerns about target company readiness, disclosures, and conflicts of interest. Many SPACs had difficulty finding target companies, while most post-SPAC companies depreciated in value. In March 2022, the SEC proposed new rules to improve protection and transparency for investors.

There are currently seven ETFs explicitly targeting SPACs and/or their derived companies. First entrants such as SPAK and SPCX benefited from the 2020 SPAC surge. Those early entrants peaked in terms of asset gathering by February 2021 but declined soon afterward. 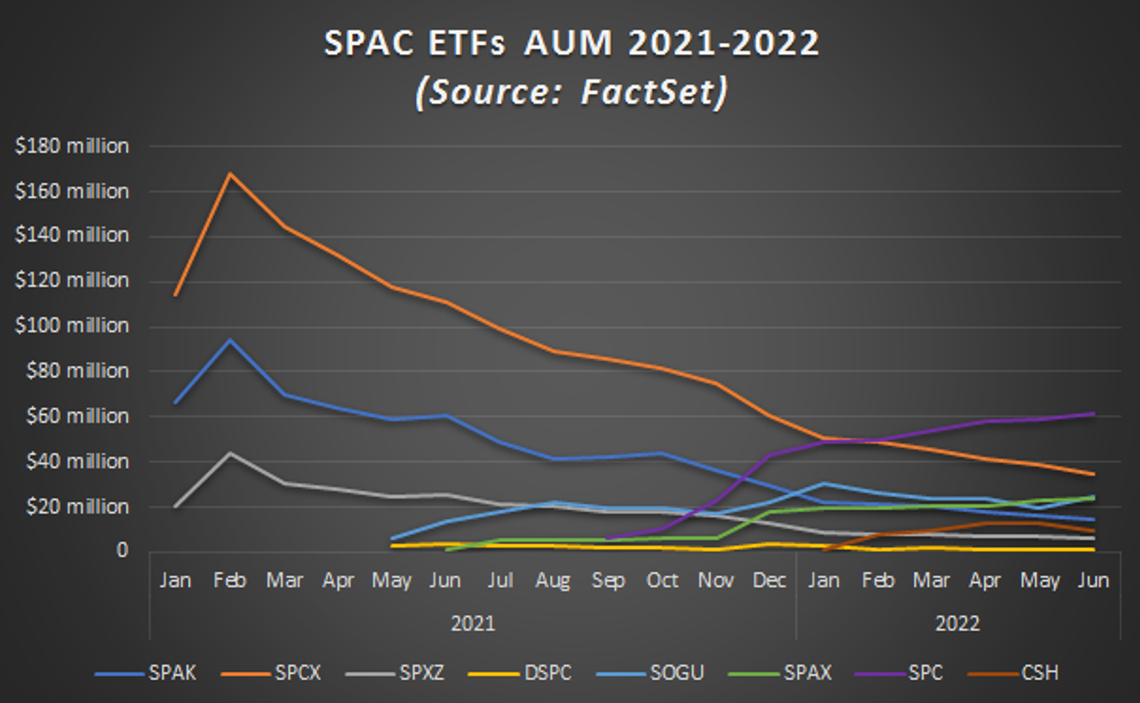 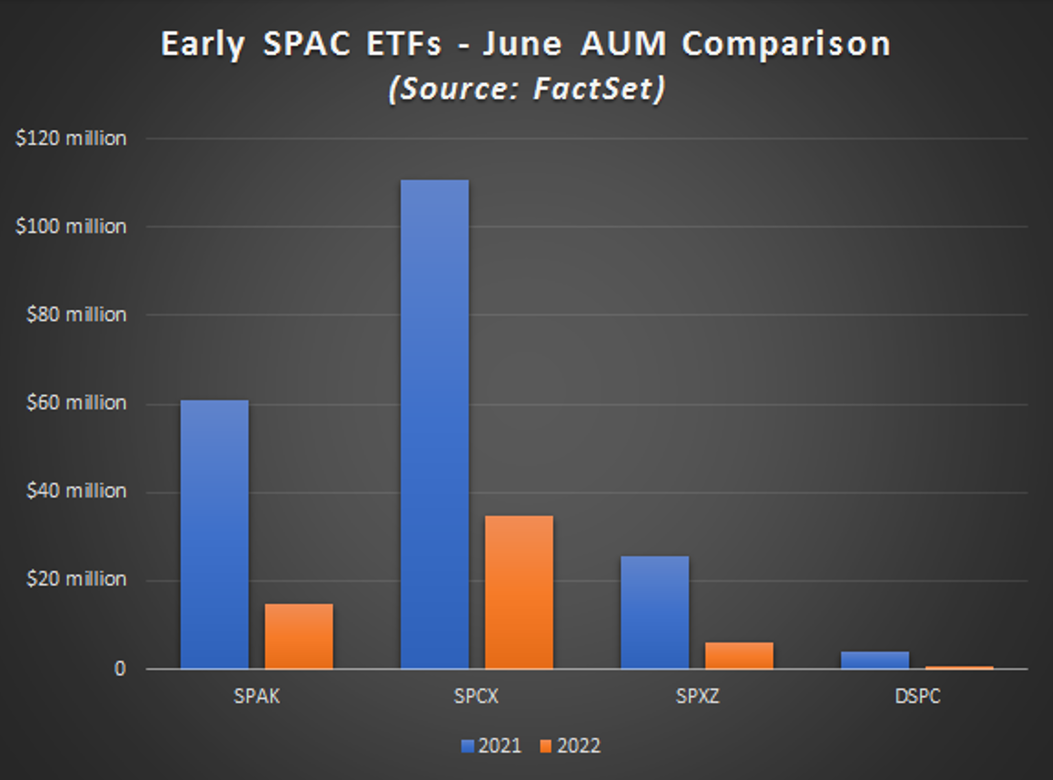 SPAC ETFs launched in the second half of 2021 could not replicate their predecessors' early success.

Observing two ETFs going against each other emphasizes the trend. When Tuttle Tactical Management launched De-Spac ETF (DSPC) and Short De-SPAC ETF (SOGU) in May 2021, SPACs’ popularity was already in decline compared to previous months. DSPC tracked the De-SPAC Index, which tracks a portfolio of companies that have completed a business combination with a SPAC; SOGU provided inverse exposure against the same index.

It is worth talking about the SPAC ETFs that performed well. While post-2020 SPAC ETFs did not get as much capital as their predecessors, they have set themselves apart by remaining stable—and in some cases, even performing relatively well. Funds that targeted smaller-scale or undervalued SPACs were resilient. 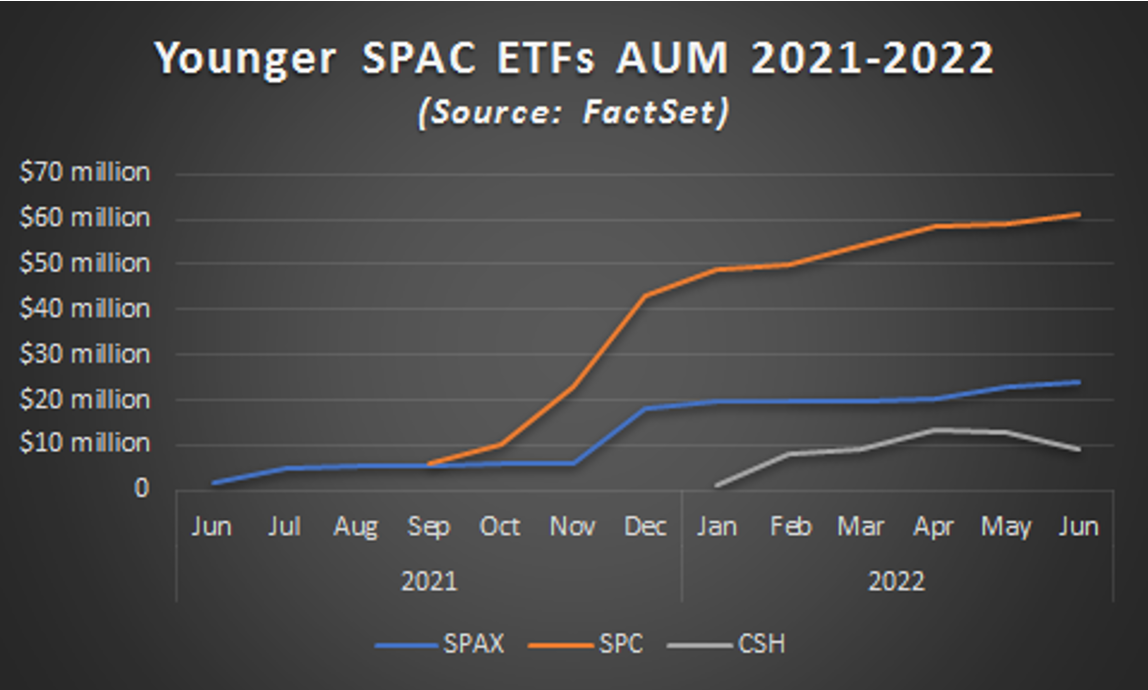 Of the ETFs that launched before the second half of 2021, SPAX is the only fund that increased in size, up 16 times one year after its launch.

SPC, launched in September 2021 to target undervalued SPACs, is the only ETF with over $40 million in assets. It now has the highest AUM of all SPAC ETFs, up to $61.4 million by the end of June—10x more than its initial value. CSH displayed a similar path but only stumbled in June.

Interest in SPACs surged in 2020, bolstered by lower regulatory barriers and promoted by popular investors. While volatile markets caused by macroeconomic uncertainties also played a role, it was the very factors fueling the SPAC surge that caused them to go out of favor in 2021.

With inflation at decades highs and interest rates on the rise, retail investors are more concerned about income generation. This is a space that requires investor patience now more than ever. More recent smaller-scale ETFs seem to have been able to adapt to changing sentiments. While well below 2021, SPACs may still have a place in the market as events develop and evolve. 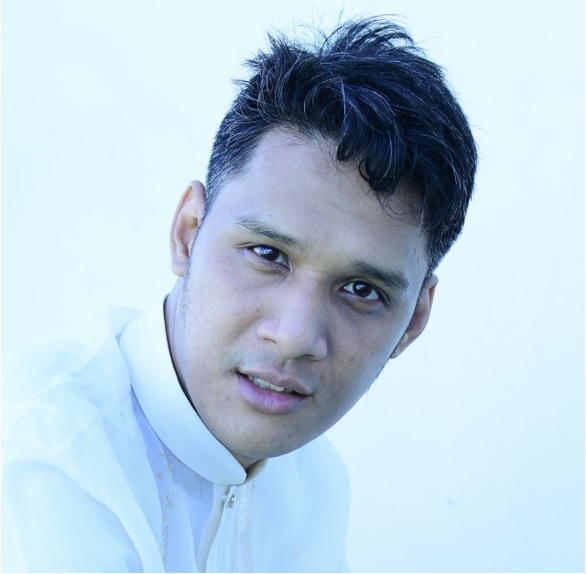 Mr. Jose Paulo Tolentino is an Associate Content Specialist for Global Fund Analytics at FactSet, based in Manila, Philippines. In this role, he develops content using research and the application of FactSet’s funds classifications methodology, classifying ETFs and mutual funds as well as creating textual insights on funds. Prior, he acted as editor of real-time transcription services for company earnings and analyst conference calls. Mr. Tolentino earned a B.S. in Business Administration from Rizal Technological University.