U.S. M&A deal activity decreased in October, going down 2.7% with 1,178 announcements compared to 1,211 in September. However, aggregate M&A spending increased. In October, 12.3% more was spent on deals compared to September.

The US Mergers & Acquisitions Market Index 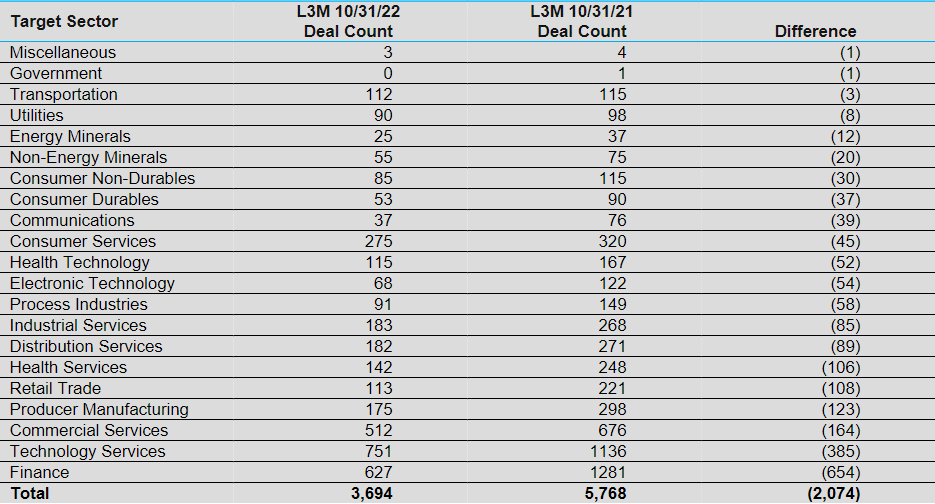