Where Are Analysts Most Optimistic on Ratings for S&P 500 Companies for Q3?

With the end of the third quarter today, where are analysts most optimistic and pessimistic in terms of their ratings on stocks in the S&P 500? How have their views changed during the quarter?

At the sector level, analysts are most optimistic on the Energy (59%), Health Care (58%), and Materials (58%) sectors, as these sectors have the highest percentages of Buy ratings. 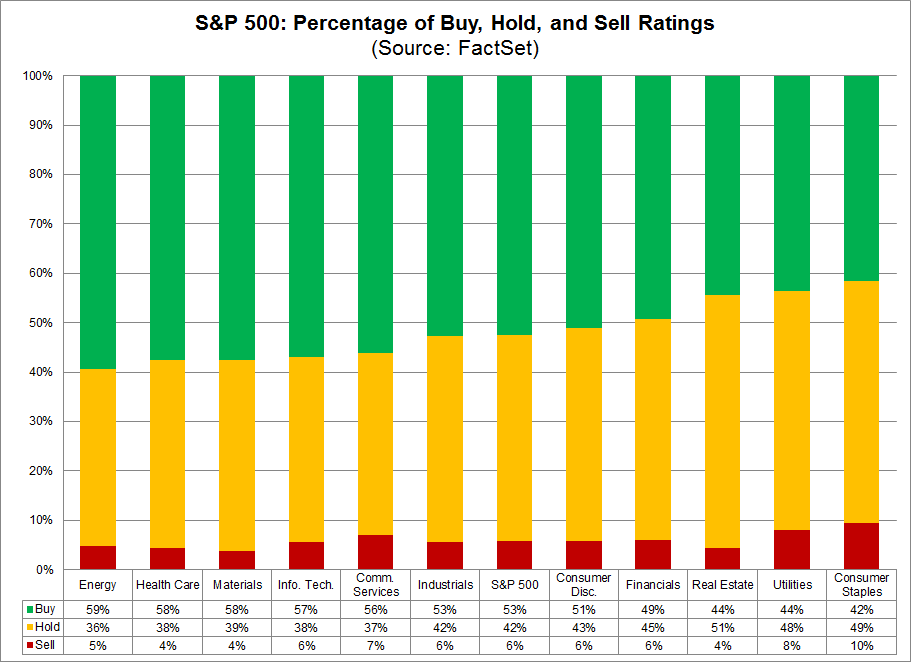