We are now a week into February and I feel safe exclaiming “wow, I didn’t see that one coming!” The chart of the 10-year Treasury looks like the front range of the Rockies, jumping 31 basis points in January and continuing to climb another 14 basis points through Wednesday’s close. Concurrently, the S&P 500 has given back all the gains from the best January in 20 years and the VIX is flashing at levels not seen since the Taper Tantrum. Attitudes tend to vary from the apocalyptic to panic and dread to hopelessness and acceptance depending on your preferred news outlet. 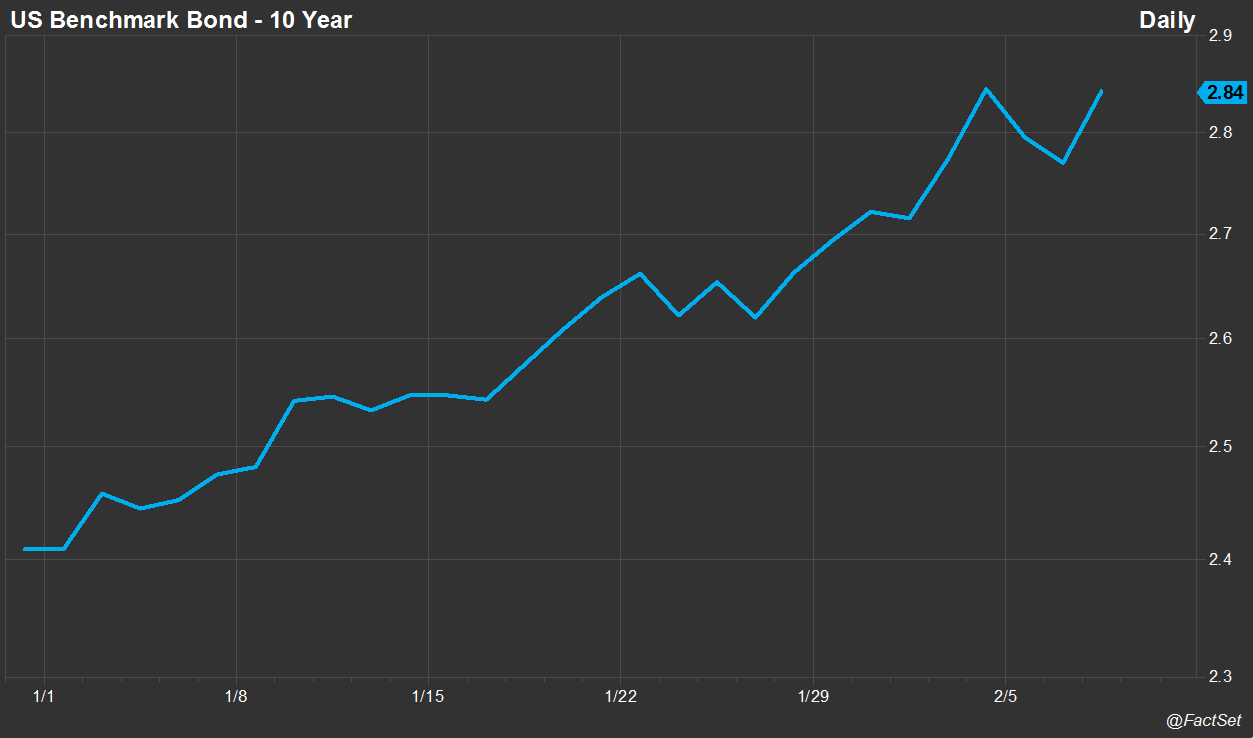 In fact, it seems like you can’t have a macro conversation without hearing “this time is different” or that we’re seeing a “new normal.” But is it the end of the (fixed income) world as we know it? I would emphatically say “no!” for three primary reasons. First, moves of this scale are not uncommon; volatility was never extinct. Second, there are massive holders and buyers of fixed income who do not mark to market and benefit from an increase in interest rates. Finally, as the Fed progresses through a tightening cycle, it is possible to project potential total returns and take steps to mitigate undesirable outcomes.

It is undeniable that this type of move in rates is painful; however, it is more common than you would think. Looking at monthly moves in the 10-year treasury over the past 30 years, we observe absolute month-over-month moves greater than 30 basis points more than 25% of the time. Put another way, the average absolute monthly move over that timeframe is 21 basis points. We experienced moves of this scale 147 times, or 40% of the time. Like sun in London, it's a surprise, but not all that uncommon.

“Ok, that’s fine, but Pat, rates historically were so much higher, right? Surely the magnitude of the increase is a Grey Rhino?”

Not really. The 10-year yield jumped 13% in January 2018. Historically the 10-year yield has seen moves greater than 10% about once every eight months. So yes, it has been painful, but it does happen.

The other way to think about this is the notion of risk-on and risk-off. Certainly, the Fed’s policy rate influences yields across the curve. But correlation is not causation. Look at the chart below plotting the 10-year point against the Fed’s policy rate. The relationship is clear, but note the swings in the 10-year, especially during the most recent era of stable monetary policy (that “lower for longer” period). The Fed maintained status quo but rates still moved freely. That represents a dynamic, normally functioning market. 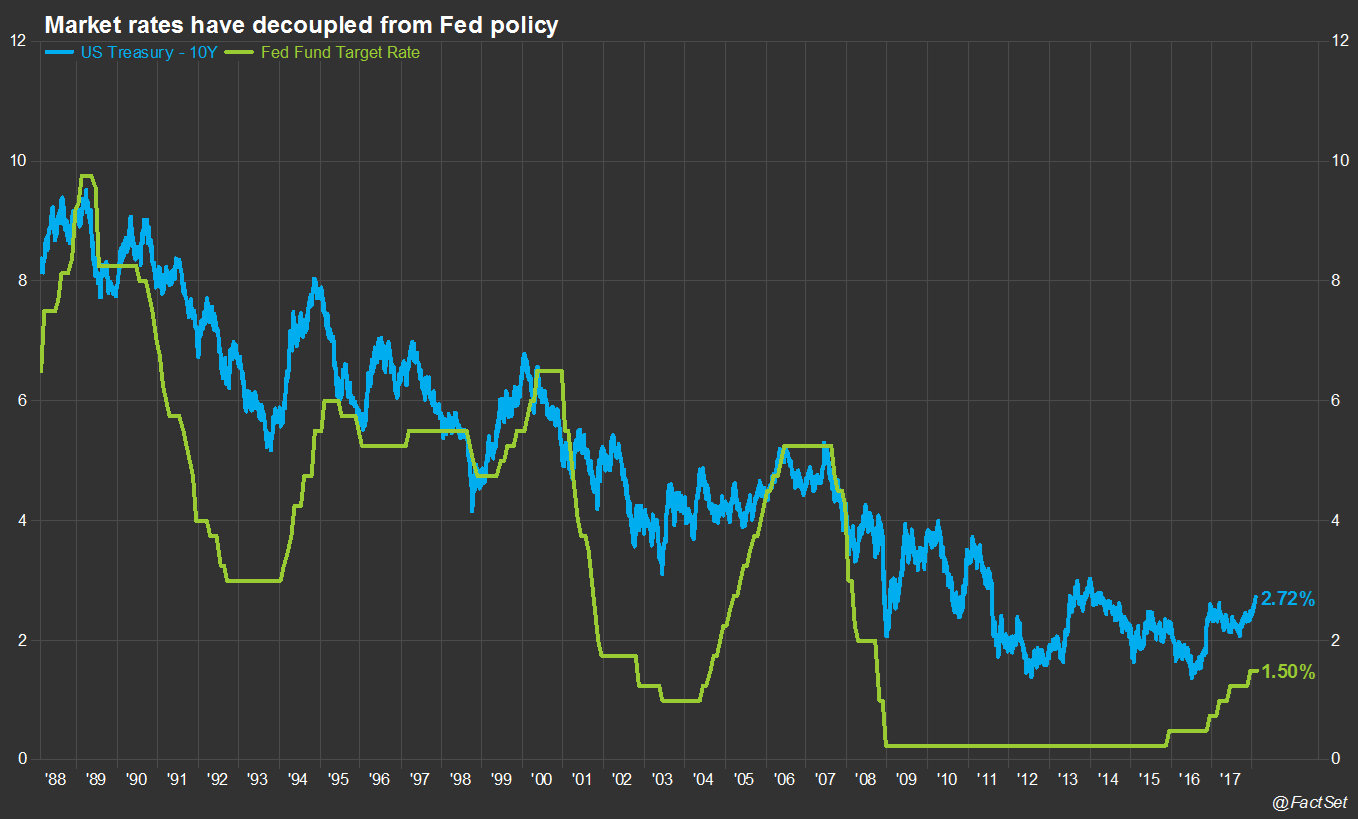 If Total Return is Not Your Endgame…

While interest rate risk can be punishing to investors even at the short and intermediate parts of the curve, institutional investors like insurance companies, pension plan sponsors, sovereign wealth funds, and central banks do not overreact to jumps like this and, in fact, benefit from these types of moves. Insurance companies are not overly concerned with mark to market; they seek duration and predictable cash flows to match liabilities. An increase in rates helps to increase the book yield derived by the general account. Times like this are an opportunity to achieve greater ROI and ROE while matching liability demands and reserving requirements, locking in a return against your liability at marginally higher rates while managing a successful ALM process.

Pension plan sponsors enjoy an uptick in the income generated from a healthy allocation of the plan and potentially lock in some equity gains by rebalancing after the equity results of the past couple of years. Sovereign wealth funds and central banks hold treasuries as a store of value, liquidity, and even potentially positive curve and/or FX carry.

A market only exists if there are sellers and buyers. When the popular media indicates that everyone is running for the door on fixed income, these are the buyers that will step in at incrementally higher rates. This will be supportive of yields as we move through the cycle. These buyers will not all sit on the sidelines demanding a 10-year yield at 3.50% or higher. Many will start to tiptoe into the market to continue to capture basis points of excess yield even as we approach 3.00% on the 10-year treasury.

Using the Fed as a proxy for the Bank of England, European Central Bank, and even the Bank of Japan, and assuming the next few policy moves are more likely to be to the upside than the downside, we can infer a few takeaways by “reading the tea leaves” (I have always wanted to say that). 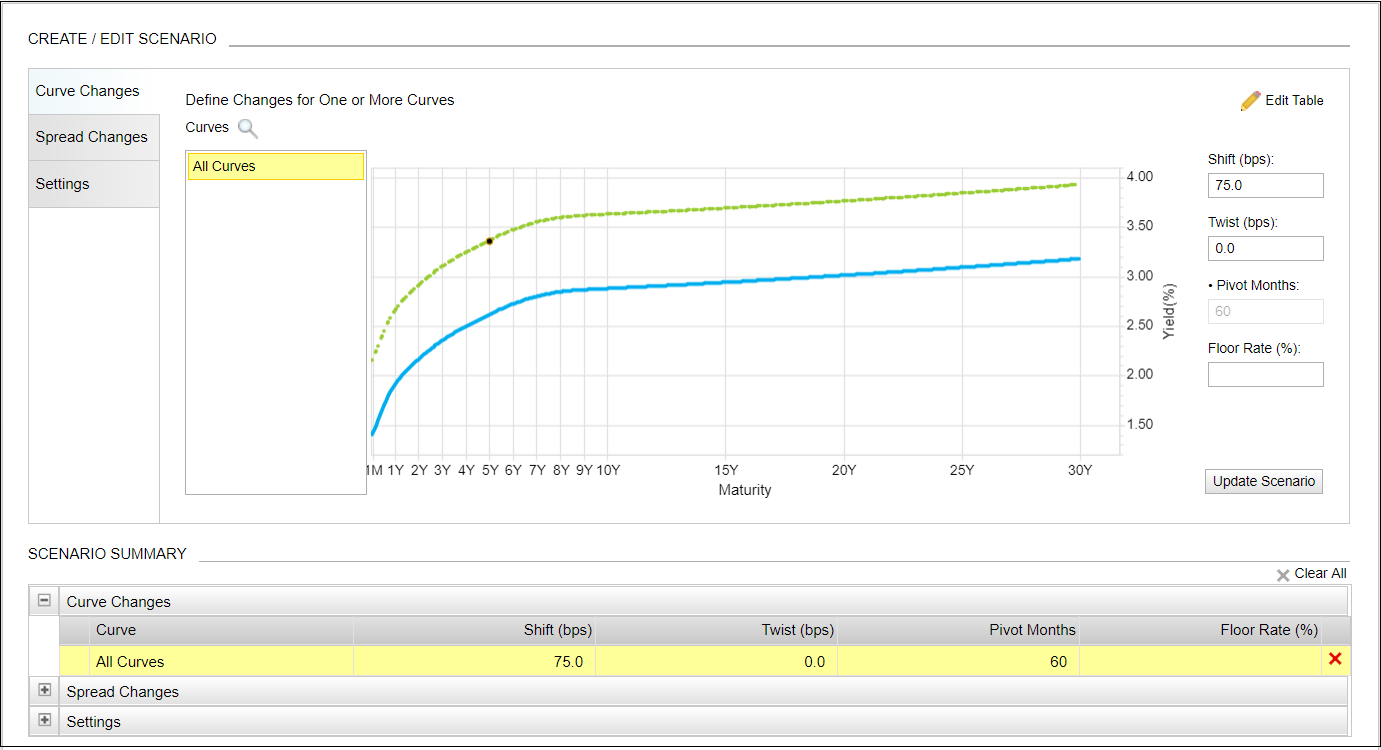 I used the ICE BAML US Broad Market Index for the underlying, then I applied parallel shocks of 25, 50, and 75 basis points on a gradual basis over the next three, six, and 12 months. I assumed that all income spun off by the underlying would also be reinvested at forward rates (ignoring excess spread in corporates, so actually probably understating the impact of reinvesting at higher rates). Three things stood out to me: 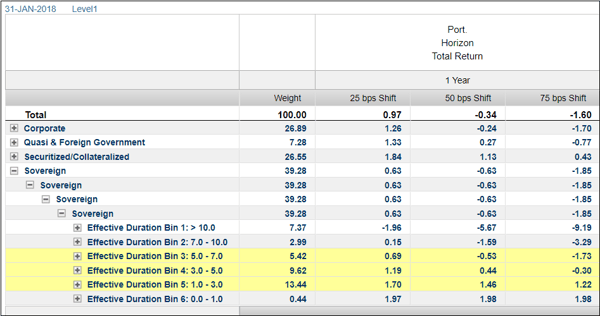 How else does this market manifest itself on the shape of the yield curve? Perhaps we see a steepening at the front end? Does the curve continue to flatten or does term premium return? What about sector and rating spreads? Applying our projections and repricing the book can help us to identify areas to hedge out of or rotate into. It can be easy to get too wrapped up in these projected values, but peeking around the corner even just a little bit is a prudent course of action.

No one enjoys being part of a selloff while it is occurring, but one that begins to normalize valuations, reinforce the dynamism we desire in a well-functioning market, and acts like a bit of a pressure release is a normal and healthy occurrence. We should not fear the year-to-date move; rather, we should use it as an opportunity to take stock of asset allocations, seek to better understand our risk positioning, and update our portfolios accordingly.