Markets Struggle to Quantify the Impacts of COVID-19

In the U.S., it was just the beginning of March when coronavirus fears began to take hold. Stay-at-home directives were issued in numerous states and the S&P 500 made its fastest ever drop into a bear market.

Analysts surveyed by FactSet have dramatically lowered their estimates of U.S. economic growth. The median consensus estimate at the time of writing is for a 2.9% contraction in GDP in 2020. Q1 is projected to see a contraction of 4.0% (annualized q/q%), while Q2 is projected to bear the brunt of the downturn; the median consensus forecast stands at -26.5%. Current estimates predict a return to growth in the second half of 2020.

The emerging consensus relies on various assumptions, including:

The reality, however, is that the outlook remains volatile due to underlying uncertainty as to how coronavirus will ultimately impact the U.S. market. Risk factors remain. For example:

The bottom line is nobody knows at this point what will happen. The consensus outlined above may prove correct, but other scenarios remain distinctly possible, including corporate and/or country-level credit defaults that would exacerbate the crisis in both real and financial markets. Alternatively, a vaccine could be found faster than expected, which health experts currently estimate to be 12-18 months away.

Indeed, one indication that we may see continued downward momentum for the rest of the year—if not into 2021—comes from S&P 500 quarterly dividend futures, which have fallen sharply on increasing pessimism about companies’ ability to pay dividends over the next three quarters. Markets, at least, see rough times for U.S. corporations through the end of 2020. 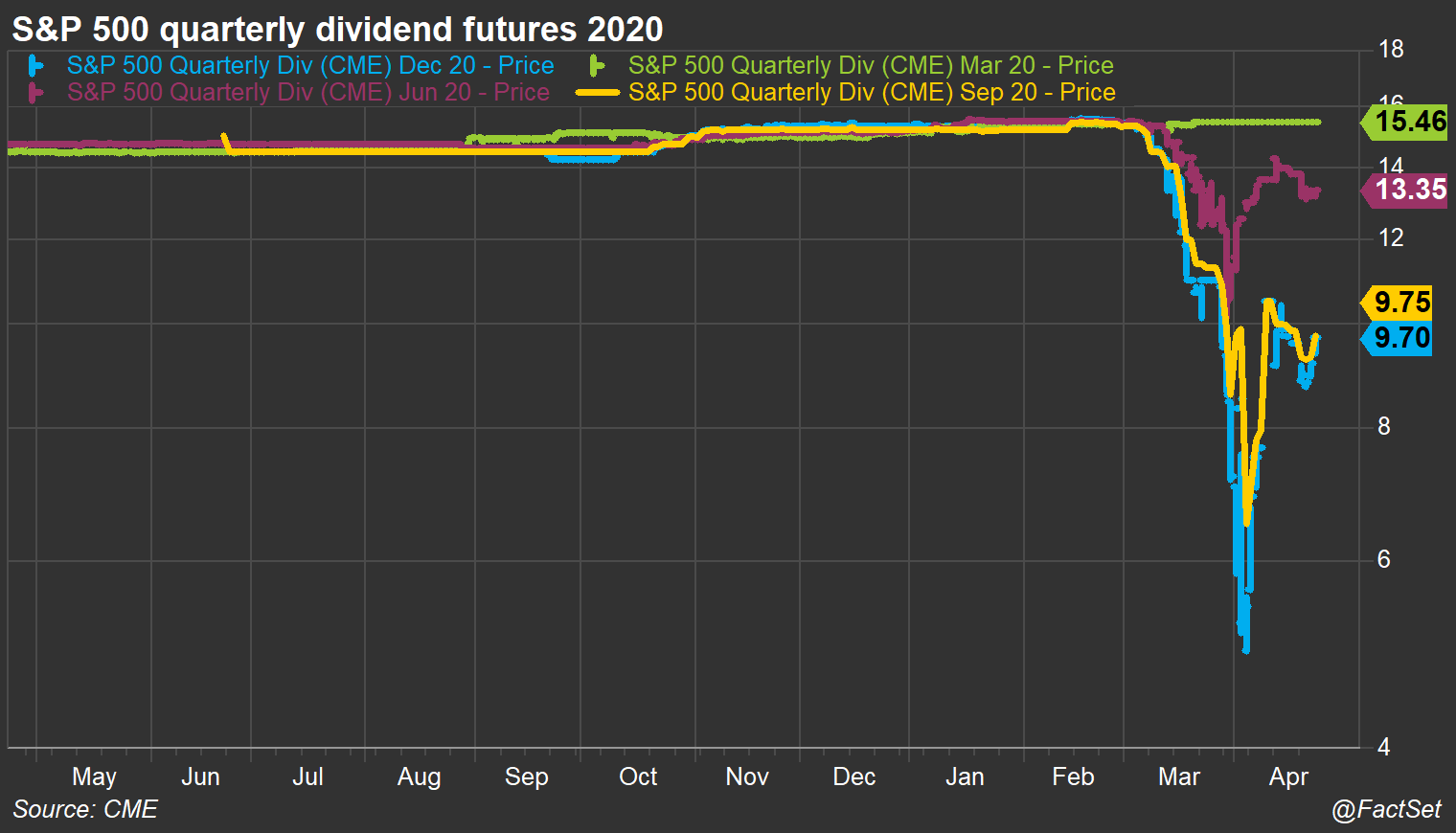